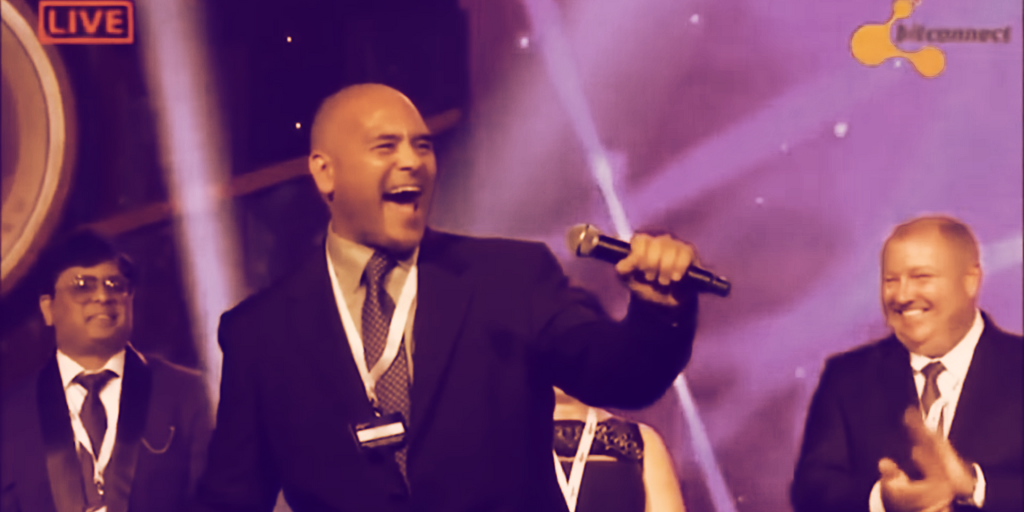 BitConnect was a crypto lending platform. Many, including the SEC, saw it as a Ponzi scheme. The SEC wants the people behind BitConnect to return the funds they received.

Bitconnect, a crypto platform that was pilloried by the crypto community after allegedly bilking investors out of $2 billion, has been sued by the U.S. Securities and Exchange Commission over three years after it shut down.

The SEC is targeting not only BitConnect and founder Satish Kumbhani, but also promoter Glenn Arcaro and his firm Future Money for violations of the Securities Exchange Act, which requires companies selling investment products in the U.S. to register with the SEC.

The SEC earlier this year sued three BitConnect promoters, who received BCC tokens for attracting new investors to the scheme. In August, defendants Joshua Jeppesen, Michael Noble, and Laura Mascola settled with the SEC for 190 Bitcoin (worth $9.25 million) and $3.5 million in cash. This is the first U.S. action against BitConnect’s management.

BitConnect, which launched in 2016, claimed to be a crypto-based lending program. Users would deposit Bitcoin and receive a loan of the platform’s native BCC coin, while its proprietary trading bot would reinvest it and spit out double-digit monthly returns. Only, there was no bot, says the SEC. Instead, the defendants allegedly operated a Ponzi scheme, skimming investor funds into their own crypto wallets and using fresh money to pay off early investors.

The agency is asking the U.S. District Court for the Southern District of New York to order the defendants to return all the money and pay a civil penalty.

BitConnect shut down its lending platform in January 2018 after Texas and North Carolina securities regulators issued cease-and-desist orders and many started to view it as a scam. Though BitConnect vowed the token would live on in crypto exchanges, it announced it would transfer any funds in users’ lending wallets to their BCC wallets at a rate of $363.62 per BCC, an average of the 15-day closing price at that point.

Unsurprisingly, however, the embattled platform’s token was rapidly falling in value—and investors wanted to cash out the BCC in their wallets as fast as they received it. By the same day of the announcement, the exchange value of BCC dropped to $29; it had been as high as $425 just 10 days prior.

Though BitConnect, like other alleged token scams, has faded from popular memory, the SEC has not forgotten. It has brought actions this year against a number of token projects and initial coin offerings, the latter of which were a popular way for cryptocurrency projects to raise cash in 2017 and 2018.