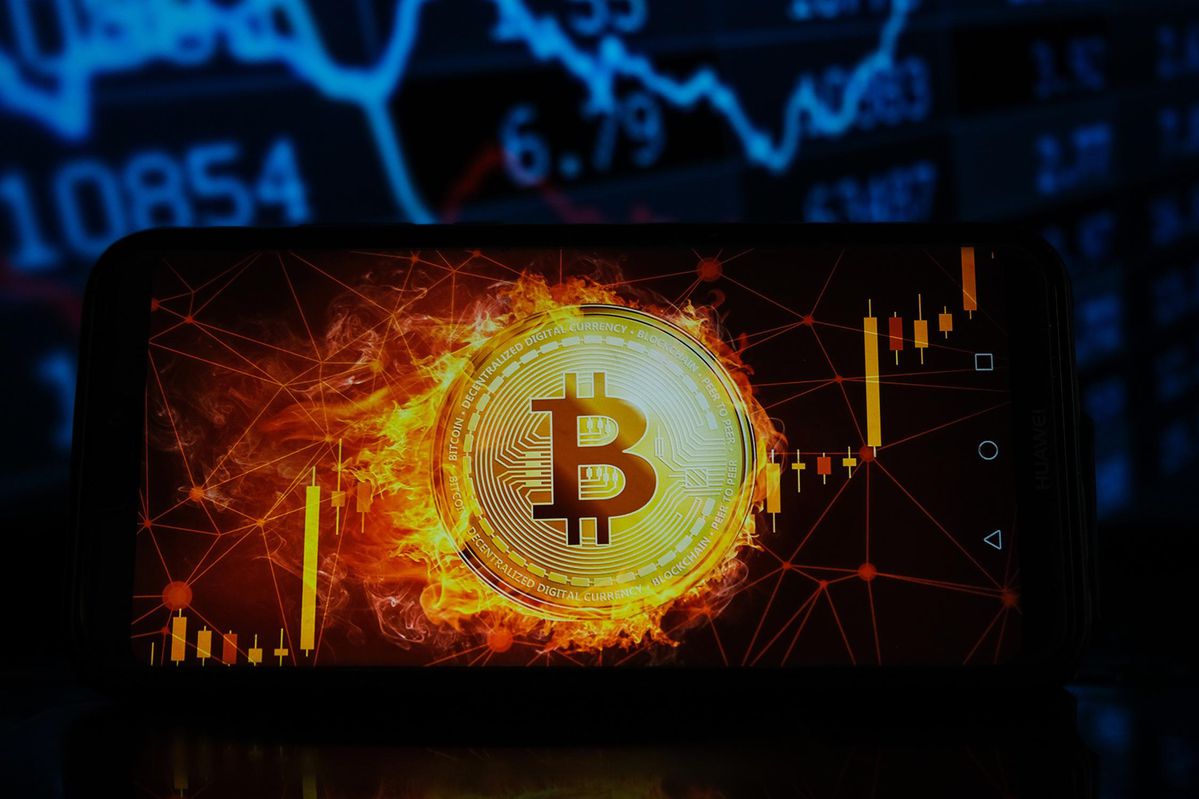 The bitcoin price, which had this week been on a downward trend toward $60,000 per bitcoin, dropped more than 10% to just over $50,000. The bitcoin price has since somewhat rebounded to trade around $55,000 but remains some distance from its recent near-$65,000 highs.

Ahead of the cryptocurrency flash crash, wiping $300 billion from the combined bitcoin, XRP, cardano and broader $2 trillion crypto market, bitcoin bull and CEO of Galaxy Digital Mike Novogratz warned of a “washout” ahead.

A cryptocurrency flash crash has sent the price of bitcoin, etheruem, Ripple’s XRP and cardano … [+] sharply lower, with some warning there could be a “washout” on the way.

“In the next week, certainly we could have some volatility because of the excitement around Coinbase,” Novogratz told MarketWatch this week, pointing to the much-hyped Nasdaq NDAQ debut of bitcoin and crypto exchange Coinbase on Wednesday.

The bitcoin price climbed to almost $65,000 per bitcoin this week, up around 800% on this time last year, before crashing back early Sunday morning. The long-awaited Coinbase listing also sent the price of major cryptocurrencies ethereum, Ripple’s XRP, binance coin and cardano sharply higher, with dogecoin, a meme-based cryptocurrency created as a “joke,” adding a staggering 400%.

“I’ve seen a lot of weird coins like dogecoin and even XRP have huge retail spikes, which means there’s a lot of frenzy right now,” said Novogratz. “That never ends well, and so we’ll probably have a washout at one point.”

Dogecoin, a memecoin that’s seen its value soar as retail traders spurred on by Tesla TSLA chief executive Elon Musk pile into the cryptocurrency, has surged by around 3,000% since October.

Meanwhile, XRP, a cryptocurrency controlled by the company Ripple, has rocketed 500% over the last six months despite an ongoing lawsuit brought by the U.S. Securities and Exchange Commission (SEC) accusing the company and its senior executives of misleading investors.

The bitcoin price saw a sharp sell-off early Sunday morning, falling back after climbing ahead of … [+] the hotly-anticipated Coinbase listing. The sell-off spread to other major cryptocurrencies, including ethereum, Ripple’s XRP, and cardano.

The bitcoin price, still up almost double where it started the year, has soared as long-awaited institutional investors finally warm to bitcoin and bitcoin strengthens its reputation as a store of value due to Musk’s Tesla giving bitcoin its surprise backing.

This week’s IPO of San Fransisco-based Coinbase, one of the world’s biggest bitcoin and cryptocurrency exchanges, has been called crypto’s “Netscape moment,” with some bitcoin market watchers predicting the IPO will herald the beginning of a “blockchain boom,” similar to the explosion of internet companies in the late 1990s.