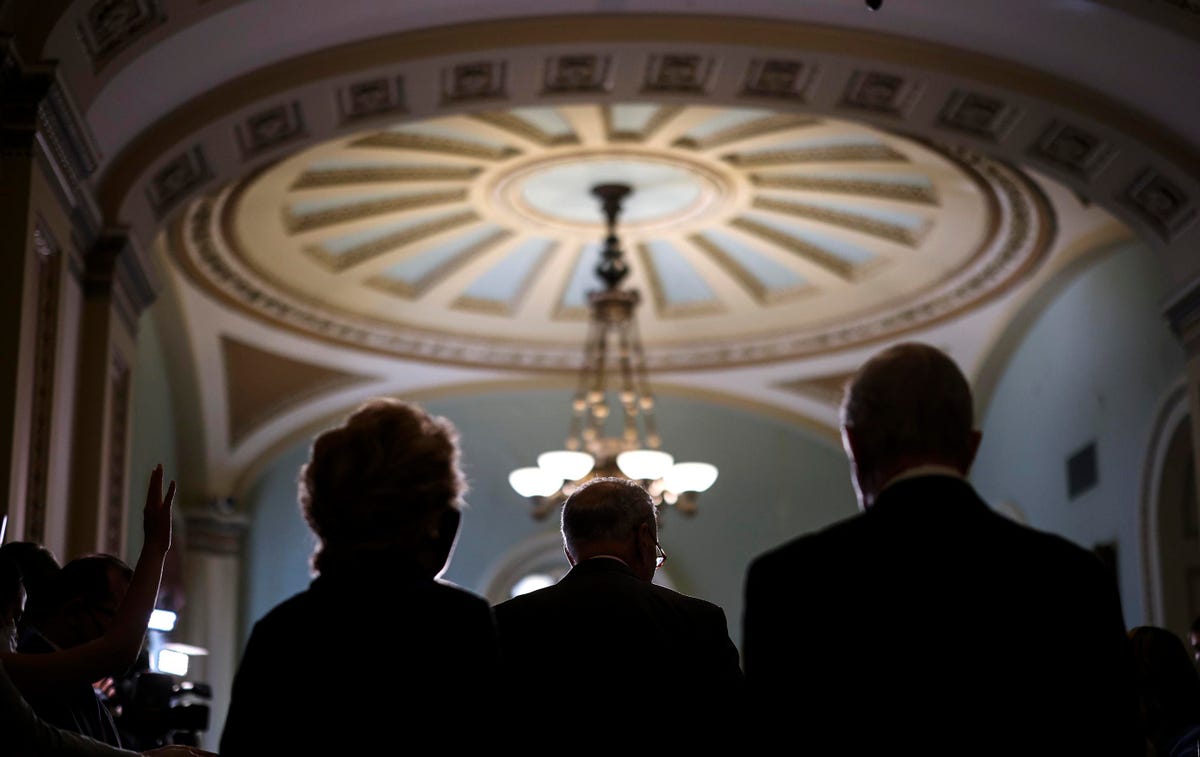 The U.S. is hurtling toward a government shutdown and potentially crippling credit default with federal government funding due to expire on Thursday and borrowing authority set to run out in mid-October.

Fears over the looming twin fiscal disasters have sparked warnings of a “giant stock market crash,” with Rich Dad Poor Dad author Robert Kiyosaki telling his 1.7 million Twitter followers to “get gold, silver, bitcoin and ethereum” before “the biggest crash in history.”

The U.S. government is currently trying to increase the debt limit—with some warning failure to do … [+] so could cause “the biggest crash in history” and advising investors to buy gold, silver, bitcoin and ethereum.

Bitcoin, ethereum and many other major cryptocurrencies have already surged many fold so far this year as investors pile into stock markets and commodities, partly in an attempt to avoid holding cash as inflation continues to climb.

The bitcoin price is up almost 300% on this time last year, with the ethereum price is up 700%. The combined cryptocurrency market has climbed from just over $300 billion to around $2 trillion.

Others have also cautioned the fast-approaching debt ceiling could roil markets that have soared to all-time highs this year.

“There has not been too much optimism in U.S. markets recently and the political outlook looks difficult as deadlines approach on the U.S. government’s $28.4 trillion debt ceiling which is again threatened with a breach unless legislators can agree to raise the limit,” Mihir Kapadia, the chief executive of wealth management company Sun Global Investments, said in emailed comments.

The bitcoin price has soared this year, climbing along with ethereum and other cryptocurrencies as

Earlier in the week, Kiyosaki warned China’s latest bitcoin and crypto crackdown, which sparked volatility among bitcoin, ethereum and other cryptocurrencies, could be emulated in the U.S.—potentially resulting in bitcoin being “outlawed.”

“What does [China’s crackdown] mean? It means China is about to launch its government crypto coin. If U.S. follows, Fed coin means bitcoin outlawed,” Kiyosaki tweeted—echoing comments made earlier this month by billionaire investor Ray Dalio who said the government will try to kill bitcoin if it becomes too successful.

Ahead of bitcoin’s October breakout last year, the beginning of a bull run that saw the bitcoin price climb to almost $65,000, Kiyosaki predicted “the bitcoin world is coming into view right now,” warning “real estate and gold guys are being phased out.”