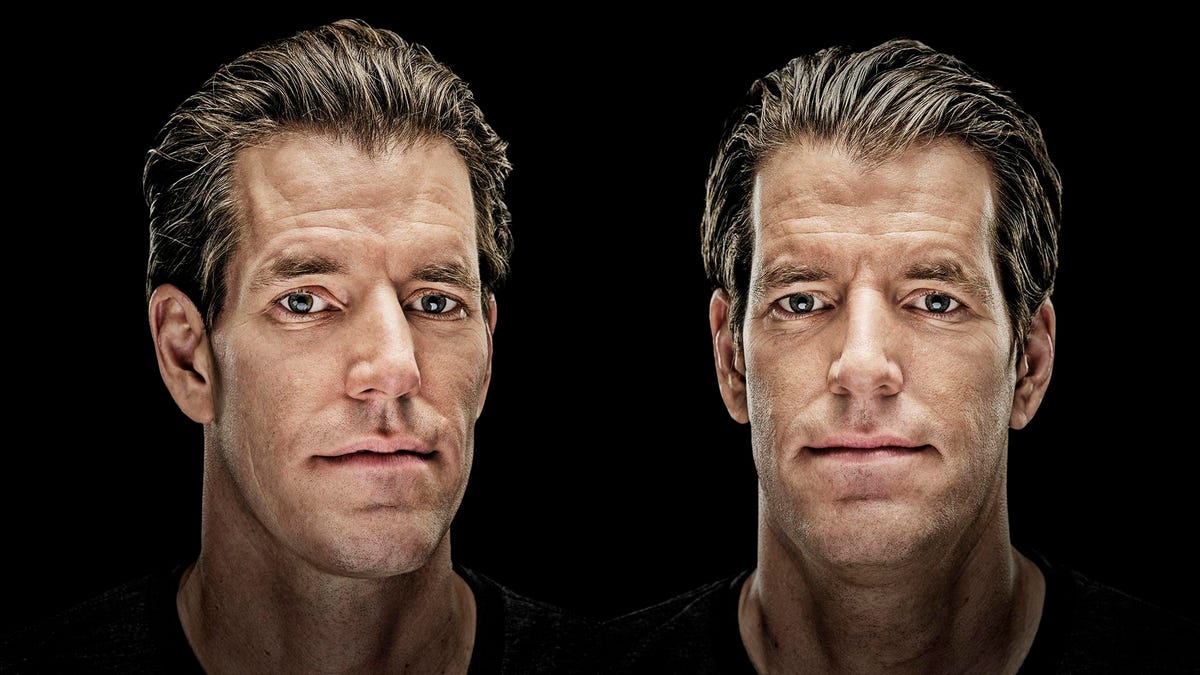 Cameron and Tyler Winklevoss of Gemini Space Station photographed in March 2021 by Michael Prince for Forbes.

America, meet the next generation of ultra-wealthy. For the first time ever, seven billionaires who built their fortune in the world of cryptocurrencies make the list of the nation’s richest—six of them are newcomers.

The crypto septet on this year’s Forbes 400 list is collectively worth an estimated $55.1 billion. Almost a half of that treasure trove, $22.5 billion, belongs to one man—the 29-year-old CEO of crypto derivatives exchange FTX, Sam Bankman-Fried. In two years, Bankman-Fried built what is now one of the industry’s largest trading platforms, processing $13.8 billion in daily volume. In a testament to its own success, in July, FTX closed a $900 million Series B fundraise, crypto’s largest venture capital round to date, at an $18 billion valuation.

They join Chris Larsen, another Ripple co-founder, who appeared on the list last year with a net worth of $2.7 billion. Today, his wealth is estimated at $6 billion.

The increase in the number of crypto billionaires is largely a byproduct of unprecedented levels of mainstream interest in the space, led by institutional investors, as digital currencies have set new price records across the board. Since the release of last year’s list in September 2020, the price of Bitcoin has surged from $10,128 to $50,078, the second-largest cryptocurrency, Ether, has risen nearly a 1,000%, and crypto’s total market cap crossed $1 trillion for the first time to peak at $2.4 trillion in May.

But this may be just the beginning. A number of startups in the vertical, including Ripple, Kraken, Circle, BlockFi, and eToro announced or hinted at plans of going public. Additionally, venture capital firms, headlined by Andreessen Horowitz’s $2.2 billion crypto fund, are poised to drive the value of leading private companies in the industry into the stratosphere.

That said, the volatile nature of crypto, which has seen the price of Bitcoin ping-pong between $29,000-$64,000 this year alone, can dramatically sway the fortunes of crypto-preneurs. Additionally, as the industry evolves and matures, regulators across the world are paying more attention to the space. Though often branded FUD within the crypto community for “fear, uncertainty and doubt” these concerns sow, they have the tendency to move the market downward and, by extension, much of the wealth accumulated by the savviest.

Still, one thing is clear: the burgeoning economy is minting billionaires at a break-neck speed.

Crypto’s richest billionaire saw his fortune nearly double with the closure of FTX’s $900 million deal. The majority of his wealth is tied up in FTX’s equity and tokens (FTT).

CEO and co-founder of the largest crypto exchange in the U.S, Coinbase, has steadily grown his wealth after taking the company through a ‘watershed’ public debut in April. Armstrong owns an estimated 19% in Coinbase.

The only veteran to the list, co-founder and chairman of Ripple grew his fortune by $3.3 billion as the XRP token soared in value, despite the ongoing legal battle with the U.S. Securities and Exchange Commission that accuses Ripple of violating securities law.

In April, the twin founders of cryptocurrency exchange Gemini graced the magazine cover of Forbes 2021 World’s Billionaires issue, which was sold as a non-fungible token. Titled “Merchants of the Metaverse”, it fetched $333,333 in an auction on their digital art platform Nifty Gateway.

Ehrsam co-founded Coinbase with Armstrong in 2012. He left the company in 2017 but remains a board member in addition to leading the crypto-focused investment firm Paradigm.

McCaleb was an early pioneer in the blockchain space who helped launch three well-known crypto firms, including Ripple and the first major bitcoin exchange, Mt. Gox, which he sold before it got famously hacked. Most of McCaleb’s wealth comes from his XRP stake as a Ripple co-founder.