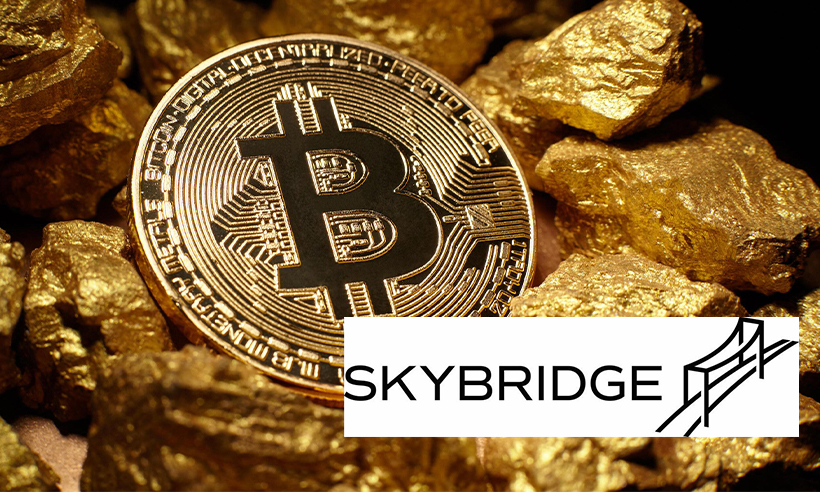 Anthony Scaramucci’s investment firm, SkyBridge Capital is betting big on Bitcoin. During a telephonic interview given to Bloomberg, the company’s Co-Chief Investment Officer, and senior portfolio manager, Troy Gayeski revealed the $7.5 billion hedge fund remained optimistic about gold prices but is likely to invest more in its digital equivalent — Bitcoin.

According to Gayeski, both gold and Bitcoin are due to reach new peaks as global debt continues to balloon. But he advised investors looking for currency alternatives to consider Bitcoin. In addition, he maintained that SkyBridge is bullish on the cryptocurrency despite the recent measures taken by the Federal Reserve.

In the backdrop of increasing debt and the Fed looking to “taper asset purchases, ” investors weigh both gold and bitcoin to hedge their bets. Gayeski considers both options equally valid. Historically, gold — the conventional store of value — has performed better under financial pressure. But Gayeski suggests that SkyBridge will stick to Bitcoin since there is “more upside”. He predicts that with Bitcoin “you are going to capture a little bit more juice than you will in gold from that same phenomenon.”

However, SkyBridge is also confident about gold’s value against the dollar in the near term future. Gayeski points that the possibility of gold trending upwards in the next year is quite high.

The Wall Street giant has strongly backed Bitcoin since its prices soared at end of 2020. SkyBridge founder, Anthony Scaramucci even predicted BTC prices to reach the $100,00 mark while outlining that like bonds it is a safe option for investors to park their money. He has also used his public appearances to heap praise on the primary cryptocurrency.

In early 2021, SkyBridge Capital launched its Bitcoin Fund with $25 million in initial investment. Scaramucci has frequently talked about the fund’s great performance, indicating that it receives institutional demand from various sectors.