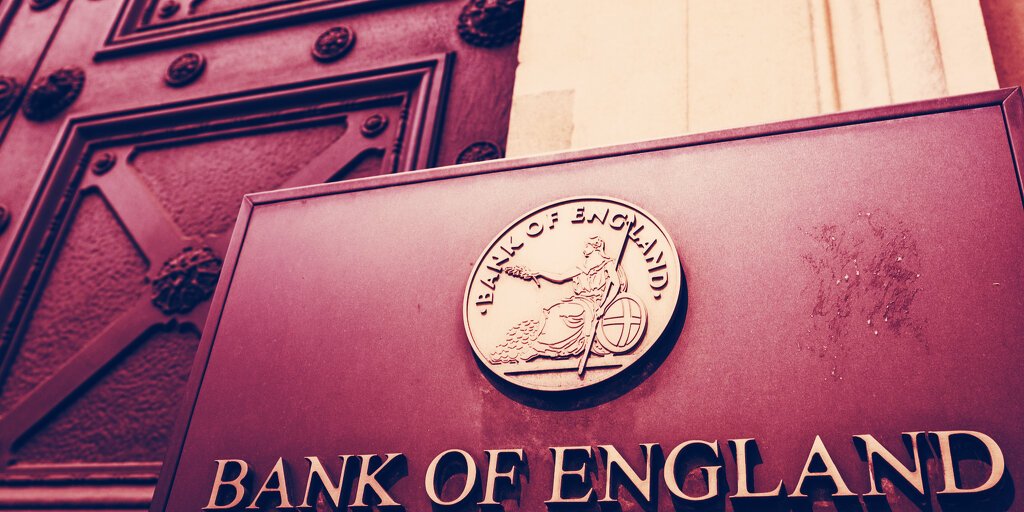 The Bank of England (BoE) said today that stablecoin payments should fall under the same regulations that payments handled by banks face.

The BoE also said that it had made no decision yet on whether or not to issue its own central bank digital currency (CBDC).

“The prospect of stablecoins as a means of payment and the emerging propositions of CBDCs have generated a host of issues,” Andrew Bailey, the governor of the BoE, told Reuters today. “It is essential that we ask the difficult and pertinent questions when it comes to the future of these new forms of digital money.”

These products often serve as an on- and off-ramp into the crypto industry for those seeking safety during wild swings in more volatile cryptocurrencies like Bitcoin and Ethereum.

But, if stablecoins like Tether ever reach even greater adoption, the BoE believes they will need more stringent regulation. It’s unclear how the bank is defining this adoption threshold, however.

This could conceivably include KYC requirements for individuals and a multitude of compliance mechanisms designed to money laundering and financial crime more broadly.

An increase in the use of digital currencies would also impact banks’ liquidity ratios.

Liquidity ratios are a collection of metrics to assess how well a company or bank can meet its debt obligations without raising more capital. The current ratio, a common liquidity ratio, measures how easily a company can convert assets into cash and pay off any liabilities. The higher this ratio, the more liquid the company is.

As a thought experiment, the BoE modeled a scenario where a fifth of money held as retail deposits with banks was held as digital currencies.

“As a result of this potential outflow, commercial banks would have to adapt their balance sheets in response to maintain their current liquidity ratio,” Bailey said.