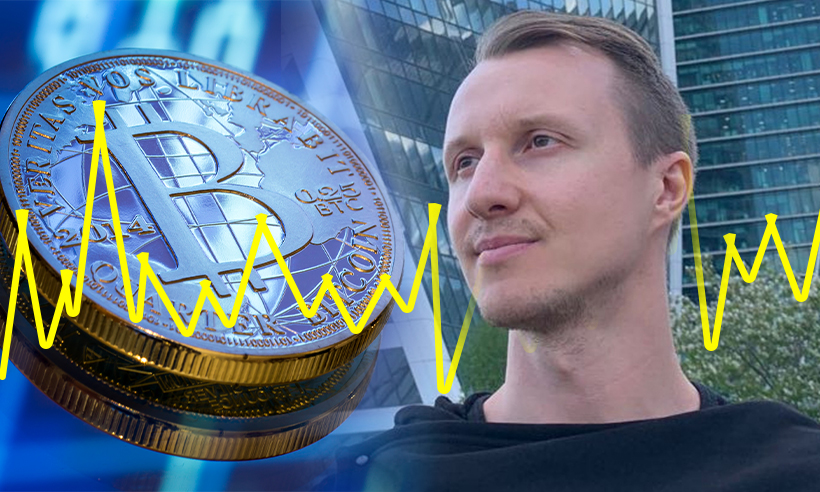 Lex Moskovski, the Chief Investment Officer of Moskovski Capital, sees a “great buying opportunity” in Bitcoin. The entrepreneur posted a tweet to his account with an accompanying stock-to-flow deflection chart signaling that opportunities are ripe for investors.

In his tweet, Moskovski highlighted that Bitcoin has never dropped to the point where the stock-to-flow forecasts should be. Presently, the trading mark stands at 59%, which has historically never happened. Moskovski believes this negative stock-to-flow deflection makes Bitcoin a great investment instrument at the moment.

Negative Stock-To-Flow deflection is the highest it’s ever been in the whole #Bitcoin history.

This is a great buying opportunity, if you’re a believer in this model. pic.twitter.com/N3CFLLJdH9

Lex Moskovski Has Predicted Several Incoming Trends for Bitcoin in Past

Moskovski has spent several years on social media discussing Bitcoin and other digital assets. More recently, he has offered valuable information to crypto enthusiasts that explained Bitcoin’s trajectory after the crash in May. When the flagship cryptocurrency slid below $40,000 for the first time since February, Moskovski turned his followers’ attention to charts indicating that most investors were selling the asset at a loss.

In an earlier tweet, the entrepreneur noted that 22,917 bitcoins were deposited in exchanges within an hour — a sign of potential selloffs.

China’s rigorous implementation of restrictions against crypto mining is having a seismic effect on the country’s contribution to the global BTC network capacity. According to Bitcoin data aggregator, Documenting Bitcoin, crypto mining is becoming more decentralized after the Chinese crackdown, and the country accounts for less than 50% of the total hash rate of the currency.

#Bitcoin mining is becoming more geographically distributed—China now has less than 50% of the total hash rate, with the United States being the largest beneficiary. Like the open Internet, a wealth transfer from East to West. pic.twitter.com/ho5Rr3nnmq

Data shared by Documenting Bitcoin suggests that China once controlled 70% of Bitcoin’s network. The country was one of the biggest contributors to the overall hash rate from late 2019 to early 2020.

As reported earlier, miners from China are already shipping specialized crypto mining equipment to locations in Kazakhstan and North America as part of their transition from the country.

The ongoing diversification of BTC mining has benefitted the US in particular, where many places like Texas and Miami are anticipating a boom in their local business scene with the arrival of the ousted miners. Just yesterday, the Cambridge Center for Alternative Finance revealed that the US now controls 16.8% of BTC’s hash rate. This is a 12% increment from 2019 when miners in the country controlled only 4% of the network.

Elsewhere, data from crypto analytics firm Glassnode indicates that Bitcoin’s hash rate has mostly recovered from the dip triggered by China’s mining ban. The hash rate had plummeted more than 50% on the network after Chinese authorities suspended power supply to crypto mining facilities in various provinces.