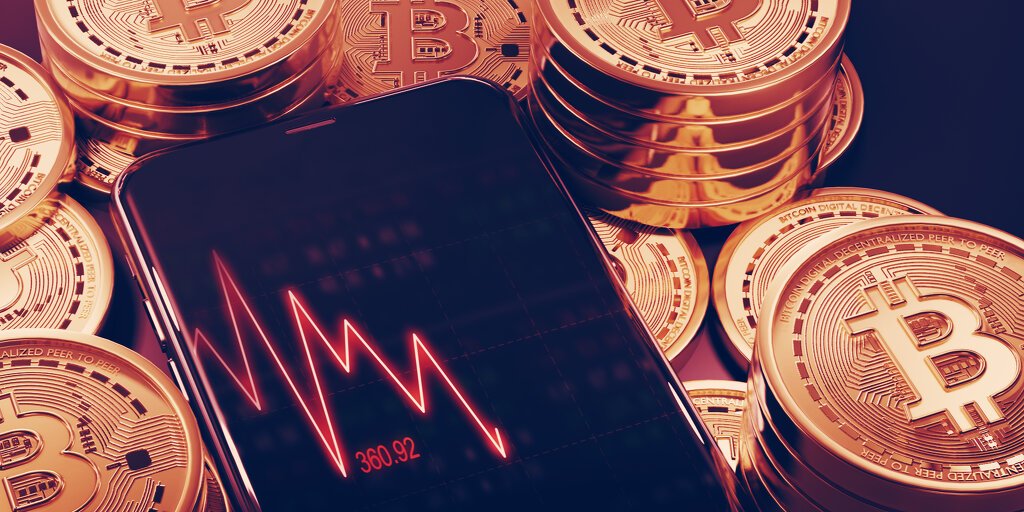 Bitcoin and Ethereum have been trending downward since May. It’s more than just FUD keeping the top coins in a rut.

As recently as April, Bitcoin was at a new all-time-high around $63,000. Then, over the course of a few days in mid-May, the crypto market collapsed. The price of Bitcoin shed around $20,000. Ethereum lost nearly half its value, plummeting from an all-time high of $4,356 to just over $2,100. And the global crypto market capitalization halved from $2.5 trillion to $1.2 trillion.

What’s keeping the No. 1 and No. 2 cryptocurrencies in the doldrums? Here’s a look at some of the biggest contributing factors behind the dip, and why things have yet to stabilize.

Longstanding environmental issues around the energy usage of Bitcoin mining led China to intensify its crackdown on miners earlier this year. It’s part of China’s pledge to reduce its carbon emissions; the nation hopes to achieve “carbon neutrality” by 2060.

The provinces of Anhui, Henan, Gansu, Qinghai, Inner Mongolia, Sichuan, Yunnan, and Xinjiang have all imposed new restrictions on the mining industry, and much of the global computing power behind Bitcoin appears to be moving westward as a result. Chinese crypto startups are also considering whether to leave the country amid the recent unfriendly developments.

China has come to dominate the global mining industry over the past decade, thanks to an abundant supply of cheap coal and hydroelectric power. Some Chinese mining pools (large collections of mining machines that “pool” their computing resources) lost over a third of their power after the Sichuan government cut off local miners’ energy supply.

The government’s campaign against miners is one key reason why the global hashrate has continued to plummet.

Breaking Up with Elon

Elon Musk became something of a hero to the crypto crowd when his electric car company Tesla added $1.5 billion in Bitcoin to its treasury and announced it would begin accepting Bitcoin as payment for new vehicles. Just three months later, Musk pivoted, tweeting on May 12 that Tesla would no longer accept Bitcoin as payment due to concerns around the asset’s outsized environmental impact.

Bitcoin hashing (aka mining) energy usage is starting to exceed that of medium-sized countries. Almost impossible for small hashers to succeed without those massive economies of scale.

Musk’s continued tweets about Bitcoin’s environmental footprint added to the crash (Bitcoin dropped nearly 15% on that day alone). Bitcoin is a highly speculative, influencer-driven market, and his tweets frequently move markets. The Tesla don has also pointed out that Bitcoin is arguably not so decentralized since so much of the global mining happens in China, citing a Chinese coal mine accident that wiped out around a third of the global computing power behind the Bitcoin blockchain.

Among Bitcoiners, the anti-Elon fervor has gathered steam due to his recent tweets. “Fuck Elon” was a popular sign and t-shirt at the giant Bitcoin 2021 conference in Miami in June, where the Bitcoin maximalist podcast host Max Keiser opened up one of the panels by repeatedly shouting “Fuck Elon.” Predictably, someone also developed a cryptocurrency called $FuckElon.

But if Musk were to suddenly become more bullish on crypto (stranger things have happened), it’s reasonable to suspect the market would respond. For now, he has championed Dogecoin over Bitcoin, and has said Tesla would be willing to accept Bitcoin again if and when 50% of global mining uses renewable energy.

Musk isn’t the only one concerned about the environmental impact of proof-of-work blockchains. According to one survey, nearly half of investors “have a problem with Bitcoin’s environmental issues.”

Those issues have come to the fore over the past year and have had an impact on Ethereum as well as Bitcoin. NFTs, which are mostly built on the Ethereum blockchain (which also, for now, uses a proof-of-work mining method), have helped usher crypto into the mainstream.

Speaking with Decrypt in May, the artist and crypto advocate Mat Dryhurst pointed to a “social jeopardy” that comes from aligning yourself with crypto, suggesting there’s a bad reputation it can’t quite shake. The social backlash to crypto probably hasn’t done the market any favors, even as major institutions like Blackrock and Goldman Sachs have continued to test the waters.

In Ethereum’s case, there is more cause for optimism on the environmental issue, since Ethereum will soon shift to a proof-of-stake method that will use significantly less energy. In the nearer term, this summer’s EIP-1559 update to Ethereum will reduce gas fees, which could boost ETH prices.

More bad PR for Bitcoin has arrived recently in the form of ransomware attacks, in which hackers frequently use crypto as a tool for extortion.

Recent high-profile attacks on Colonial Pipeline and JBS, a meat provider, disrupted supply chains and led to gas and meat shortages across the country.

Jeff Dorman, chief investment officer of crypto firm Arca, thinks it’s unlikely Bitcoin will go any higher without a “new positive catalyst”—that is to say, something to interrupt the steady stream of bad press. The price of Bitcoin is a “binary option,” Dorman tells Decrypt, “either worth close to $0 or $500k to $1 million per token. Anything in between is just a path function on how we get to one of those two extremes.”

Over the past week, global regulators and banks alike have tightened restrictions on Binance, the world’s largest crypto exchange. In the UK, the Financial Conduct Authority (FCA) clarified that a Binance-owned entity called Binance Markets Limited (the only Binance subsidiary registered in the UK) has not been approved to do business there due to concerns the FCA has about Binance’s unsatisfactory AML (anti-money laundering) safeguards. The Cayman Islands, once thought to be Binance’s unofficial headquarters, also came out and said Binance is not licensed there. Thailand’s SEC filed a criminal complaint against the company.

Banks have reacted nervously to the regulatory warnings about Binance. Santander Bank has blocked payments to Binance for UK account holders, and the payment processing company Clear Junction recently cut ties with the exchange.

Regulators have been playing cat and mouse with Binance for years. The company claims to have no official headquarters—something the FCA tells Decrypt is a “huge issue.”

Late last year, Forbes reported that Binance (which isn’t allowed to operate in the US) conducted an elaborate scheme to accept trades from US traders while evading regulatory scrutiny. The company responded by attempting to sue Forbes.

Binance CEO Changpeng Zhao recently quipped, “Compliance is a journey.’” He also changed his Twitter photo to one in which he is wearing a suit, and joked, “Do I look more regulated already?”

But when crypto becomes more difficult to trade, volumes go down, hype dissipates, and prices plummet. If and when the hammer fully falls on the largest exchange in the world, it will not be good for Bitcoin.