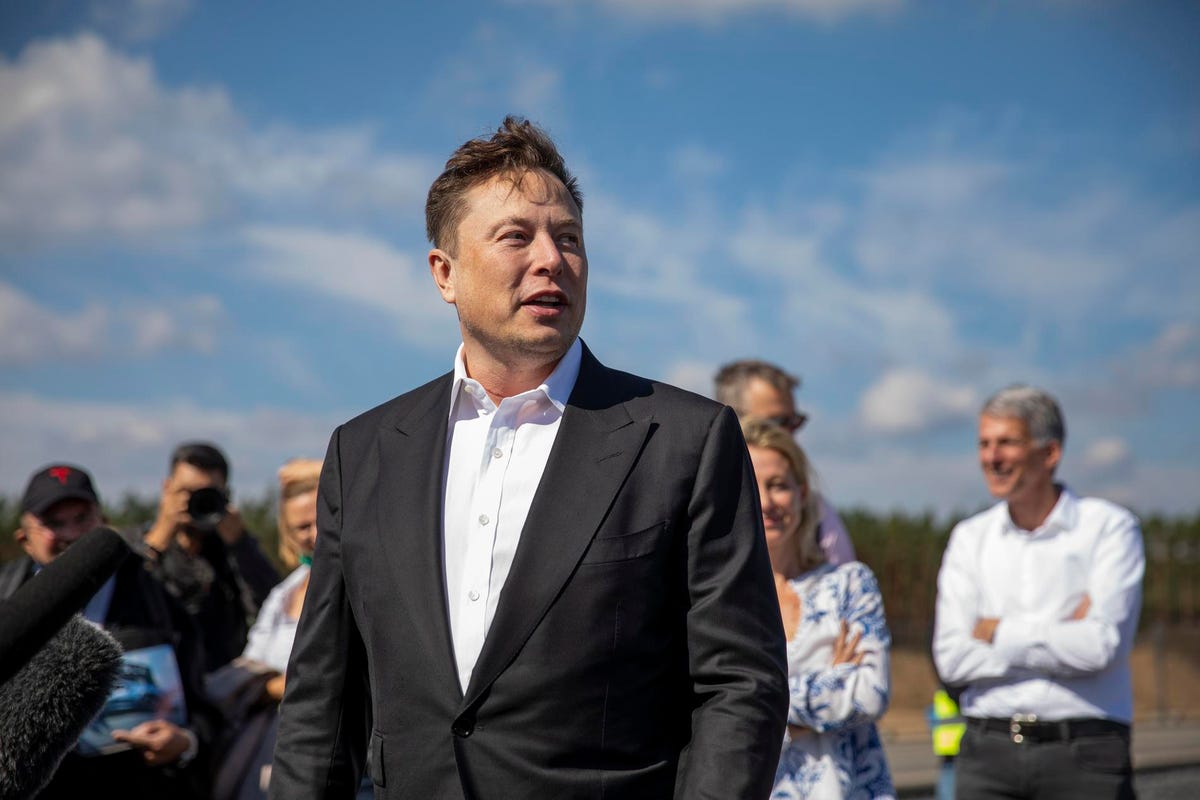 The dogecoin price, after rocketing up the crypto top ten by value last year only to crash back as doge mania receded, has again entered CoinMarketCap’s top ten.

Dogecoin’s rally has been sparked by reports Musk is nearing a deal to buy social network Twitter following his month-long assult on the company, with dogecoin traders betting Musk may integrate dogecoin into the service.

Telsa CEO Elon Musk has repeatedly called for dogecoin, a “joke” rival to bitcoin, to reduce its … [+] fees and speed up its transaction time, helping the dogecoin price to soar.

The dogecoin price has added 5% since this time yesterday after reports emerged overnight that Twitter is considering accepting Musk’s original offer to pay $54.20 per share in cash for the company, valuing it at $43 billion.

However, dogecoin remains down by some 80% from its 75 cent peak set in May last year ahead of Musk’s appearance on comedy sketch show Saturday Night Live.

Yesterday, Musk again shared his thoughts on how to improve the meme-based bitcoin rival dogecoin, sparking fresh speculation doge support could be added in to a Musk-controlled Twitter.

Dogecoin co-creator Billy Markus suggested “the more [dogecoin] can be used as a currency, the better,” called for it to be used as a “tipping currency,” and proposed a ethereum upgrade to improve dogecoin “utility.”

“First one definitely, second is nice to have and third isn’t needed, [in my opinion], Musk replied.

The dogecoin price has fallen significantly from its all-time high of around 75 cents per doge, … [+] dropping far further than the bitcoin price which has lost around 40%.