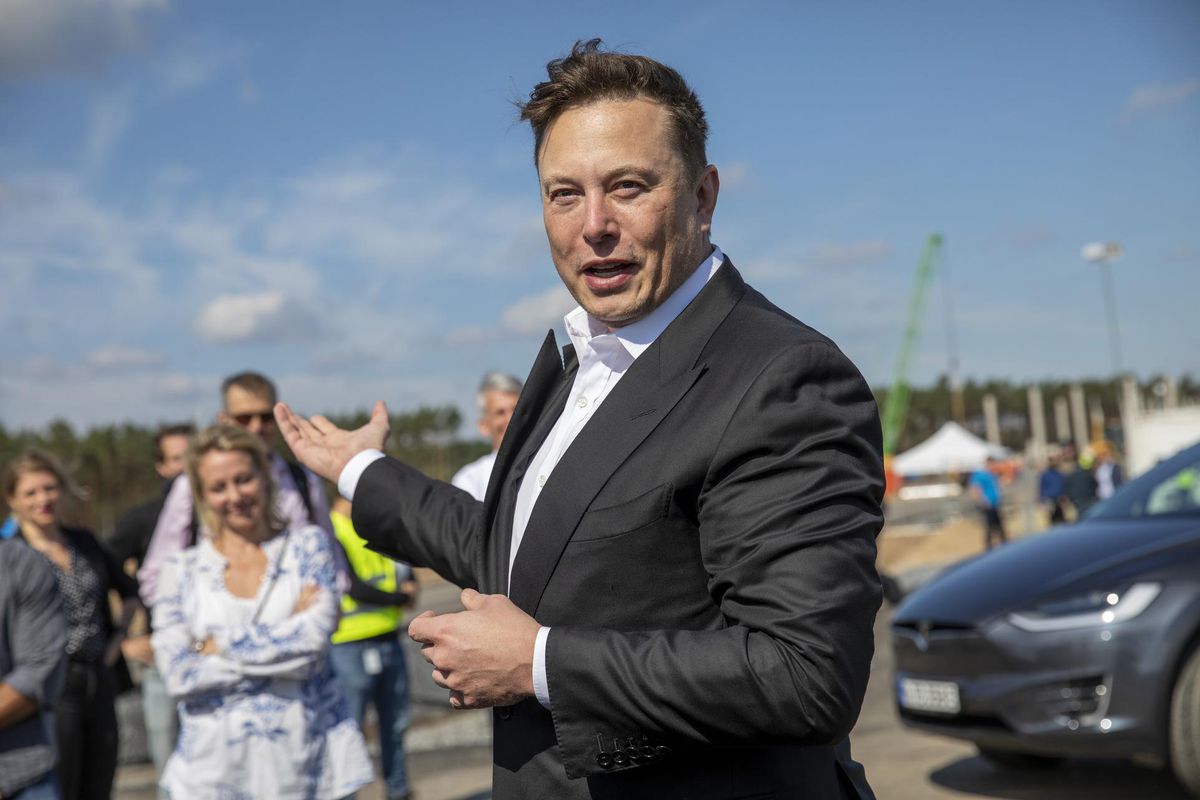 Elon Musk, the billionaire chief executive of electric car-maker Tesla TSLA , is once again boosting the price of “joke” cryptocurrency dogecoin after a brief hiatus.

Musk, a long-time fan of dogecoin, has played an outsized role in the bitcoin price bull run this year after Tesla added $1.5 billion of bitcoin to its balance sheet (with more likely to be added).

Now, Musk has said his private rocket company SpaceX is going to put a “dogecoin on the literal moon”—sending the price of the meme-based cryptocurrency up 35% as bitcoin and ethereum both come within touching distance of their all-time highs.

Elon Musk, the chief executive of both Telsa and SpaceX, has helped bitcoin, dogecoin and ethereum … [+] all surge this year, boosting the price of many cryptocurrencies via Twitter.

“SpaceX is going to put a literal dogecoin on the literal moon,” Musk said via Twitter, playing down suggestions that the announcement was an April Fool’s day joke.

“I know it’s April Fool’s but I don’t for a second question that he means this,” CNBC space reporter Michael Sheetz responded to Musk—who replied: “After all, SpaceX’s first payload to orbit and back was a wheel of cheese.”

Sending a representation of a dogecoin token into space or even a machine running dogecoin network software would be relatively simple for Musk, who’s well-known to have a flair for outrageous, headline-grabbing stunts. A Tesla roadster is currently floating near Mars after it was launched into space in 2018 as part of a dummy payload attached to the second stage of a SpaceX Falcon Heavy Rocket.

Around the same time, Musk’s Boring Company sold 20,000 flame-shooting devices called “Not-A-Flamethrower” for $500 each in order to raise funds to kickstart the underground transit tunnel company.

However, Musk has previously said all of his dogecoin-related tweets are not meant to be taken seriously.

“Occasionally I make jokes about dogecoin, but they are really meant to be jokes,” Musk said last month, speaking during an interview on the invite-only chat app Clubhouse.

Musk is though highly committed to the dogecoin meme, perhaps enough to send it into space. He was voted dogecoin CEO in a 2019 Twitter poll, a meaningless role he enthusiastically embraced, and last month joked that he would give more support to dogecoin if big accounts sold their holdings, suggesting the market is controlled by a small number of users.

The dogecoin price has rocketed 900% so far this year, with the tongue-in-cheek cryptocurrency reaching a staggering $10 billion total value last month when retail traders frustrated by restrictions placed on meme stocks such as GameStop switched to cryptocurrencies—with rockstars and YouTubers helping to fuel the massive dogecoin rally.

The dogecoin price spiked after Elon Musk tweeted his plan to send the “joke” cryptocurrency to the … [+] “literal moon.” Meanwhile, the bitcoin price is nearing its all-time high, along with the number two cryptocurrency ethereum.

Interest in dogecoin has exploded this year as bitcoin, by far the biggest cryptocurrency with a total value of around $1.1 trillion after its latest surge, has climbed thanks to a combination of Wall Street interest and retail traders piling into the bitcoin market.

The bitcoin price has almost doubled since the beginning of the year, with the second-largest cryptocurrency ethereum also hitting record highs thanks to the growth of decentralized finance (DeFi)—using cryptocurrency technology to recreate traditional financial products like interest, insurance and loans.

“I have no doubt that this bull run is far from over and that we are on track for further bitcoin support above $60,000,” Antoni Trenchev, managing partner of London-based cryptocurrency lending platform Nexo, said in emailed comments, pointing to recent moves by payments giants PayPal and Visa to add support for bitcoin, ethereum and other cryptocurrencies.