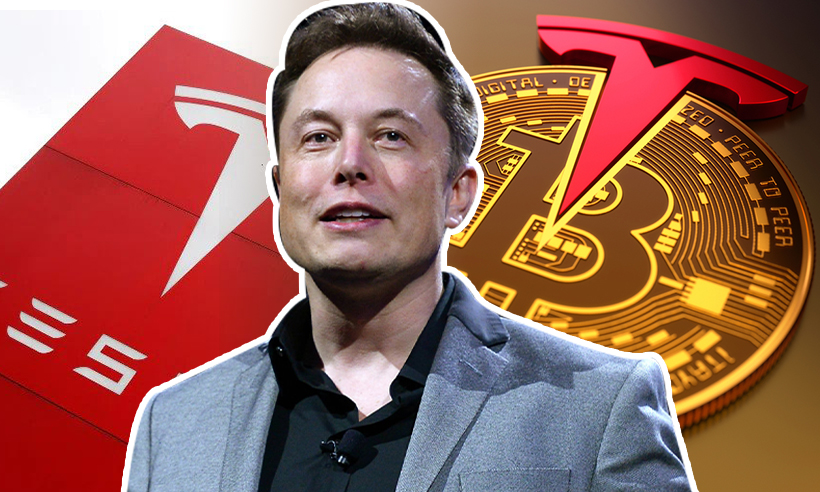 Elon Musk is planning to reconsider BTC payments at Tesla once miners confirm the cryptocurrency’s clean energy consumption has reached a reasonable level. The CEO of Tesla Inc underlined a threshold of 50% renewable energy usage to resume Bitcoin transactions at the company.

Tesla Halted BTC Payments in May

Musk disclosed Tesla’s plans to resume BTC transactions while reacting to accusations leveled by Magda Wierzycka, CEO of cyber technology firm Sygnia. Wierzycka had suggested during an interview that Musk manipulates the crypto market for his own interests and his tweets should have triggered an investigation by the Securities and Exchange Commission(SEC).

This is inaccurate. Tesla only sold ~10% of holdings to confirm BTC could be liquidated easily without moving market.

In January, Tesla revealed in an SEC filing that it had purchased $1.5 billion worth of bitcoins and was planning to use the currency to accept payments for its products. The company also clarified that it would store the BTC earned from transactions in its reserve, rather than converting it to a fiat currency.

But, Musk sent the cryptocurrency tumbling with a shocking reversal of Tesla’s decision in May. Citing environmental concerns over crypto mining, Musk announced on his Twitter account that Tesla would halt Bitcoin payments. “We are concerned about rapidly increasing use of fossil fuels for Bitcoin mining and transactions, especially coal, which has the worst emissions of any fuel,” he said.

Tesla Sold Only 10% of its BTC Holdings

Musk disputed Wierzycka’s claims and highlighted that Tesla sold only 10% of its holdings and the sell-off was unlikely to make a large impact on the market. He also wrote, “When there’s confirmation of reasonable (~50%) clean energy usage by miners with the positive future trend, Tesla will resume allowing Bitcoin transactions.”

During the first quarter, Tesla reportedly sold $272 million worth of its digital assets. According to the company’s earning’s statement, the sale helped Tesla reduce its operational losses by $101 million.

Musk’s social media interactions are well-known to move Bitcoin prices in either direction. However, his latest comments have made little change to the prices of primary cryptocurrency.