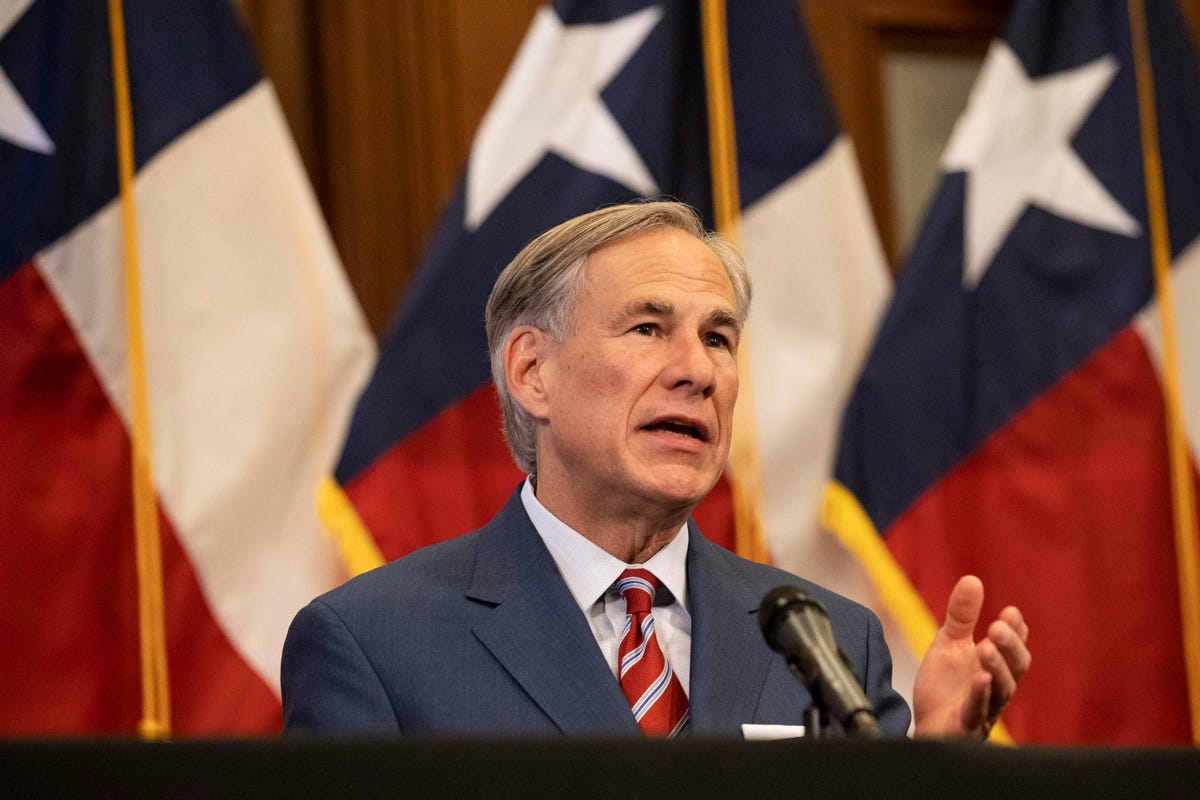 Texas has seen the upside of China’s decision to cancel bitcoin mining, in what set off the ‘Great Mining Migration’ to Austin, Texas. The Texas Blockchain Council has grown to 70 members and is led by Lee Brachter, the President of the organization. And next Friday, he will be hosting the Texas Blockchain Summit – an event that could prove to be the largest state-level blockchain one-day summit ever.

It’s not lost what Bitcoin might do for Texas – already a top ten economy in the world With Senator Ted Cruz (R-TX), Senator John Cornyn (R-TX) and Senator Cynthia Lummis (R-WY) speaking at the event, could make the first Texas Blockchain Summit a benchmark for the amount of interest in how Texas could benefit from the growth of digital currencies and blockchain technology.

AUSTIN, TX – MAY 18: (EDITORIAL USE ONLY) Texas Governor Greg Abbott announces the reopening of more … [+] Texas businesses during the COVID-19 pandemic at a press conference at the Texas State Capitol in Austin on Monday, May 18, 2020. Abbott said that childcare facilities, youth camps, some professional sports, and bars may now begin to fully or partially reopen their facilities as outlined by regulations listed on the Open Texas website. (Photo by Lynda M. Gonzalez-Pool/Getty Images)

President of the Texas Blockchain Association Lee Brachter stated “Texas is poised to become the jurisdiction of choice for blockchain innovation for several reasons including; the business friendly climate that has been cultivated in Texas for many years, the efforts of our Texas Blockchain Council working alongside lawmakers like Representative Tan Parker and Senator Angela Paxton to create legal and regulatory frameworks that allow for entrepreneurs to innovate.”

Texas House Bills 1576 and 4474 officially took effect on Sept. 1 after being signed into law by Governor Greg Abbott in June of 2021. Texas House Bill 1576 establishes a working group on blockchain technology. HR 4474 was a bill that updated the Uniform Commercial Code to recognize cryptocurrency and becomes the latest state – along with Rhode Island and Wyoming – to do so. Meanwhile, the Commissioner of the Texas Department of Banking issued a letter authorizing all Texas state-chartered banks to custody cryptocurrency.

Governor Abbott also appointed four new experts to the work group on blockchain matters. that includes a combination of professors from academic universities and Texas state officials. Texas has not slowed down in its ambitions either, as the Texas Blockchain Council, led by Lee Brachter, has rolled out the idea of a constitutional amendment that would allow the use of bitcoin to pay property taxes in Texas.

According to a recent article in Forbes, Texas has witnesses unbelievable growth numbers so far this century. “From an annual GDP of a little over $998 billion in 2000, the Texas economy has surged by 70.6% in 20 years, to reach an annual GDP of just under $1.75 trillion by 2020,” the article states. With the GDP size currently making Texas the 9th or 10th largest economy in the world, there should not be any underestimation with respect to just how large Texas could grow with crypto.