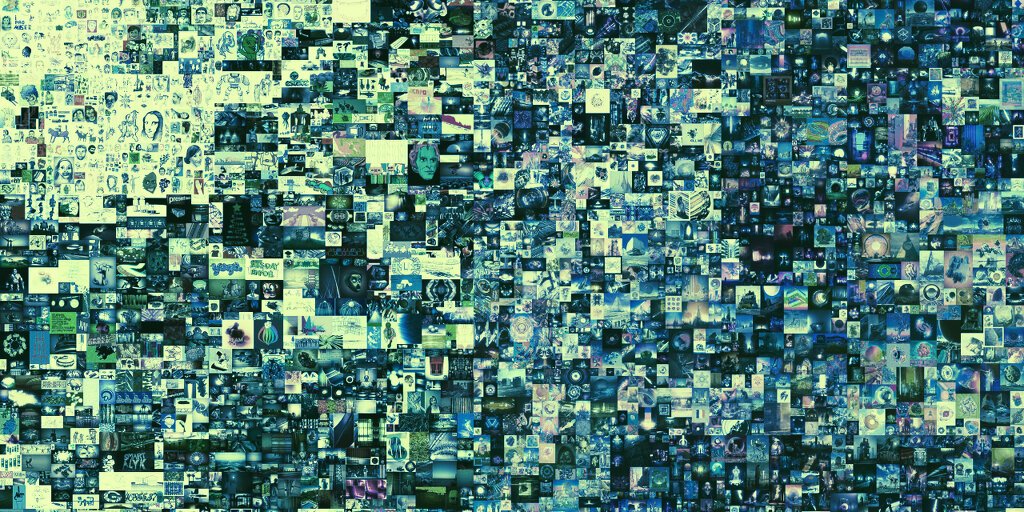 Non-fungible tokens (NFTs) are unique digital assets that are generally used to represent works of art and collectibles. A recent NFT boom attention has seen many individual NFTs sell for upwards of $1M each, with one selling for close to $70 million.

Non-fungible tokens, or NFTs, are changing the way we think about art—and investors are starting to take notice.

In the last year, NFTs have shot to the forefront of the crypto space. The cryptographically-unique tokens make it possible to create real-world scarcity for digital objects, and artists have seized on the opportunity presented by the technology.

2021 has seen a major uptick in interest around NFTs, with Google search interest in the term reaching its highest-ever numbers, and NFT marketplaces like Nifty Gateway and OpenSea clocking in record trading volumes as everyone looks to get to grips with this emerging asset class.

But it’s not just interest that’s increasing. Individual NFTs are selling for massive sums of money, with artists like Beeple making headlines for record-breaking sales. With that in mind, we take a look at the ten most ridiculously expensive NFTs ever sold, and will leave you to judge their true value.

The NFT represents a collage of 5,000 of Beeple’s earlier artworks, demonstrating his development as an artist over the course of his career.

It was purchased by Vignesh “Metakovan” Sundaresan, who initially remained pseudonymous, but later revealed his identity. “The point was to show Indians and people of color that they, too, could be patrons, that crypto was an equalizing power between the West and the Rest, and that the global south was rising,” Metakovan explained.

The second-highest bidder on the piece was none other than Tron CEO and founder Justin Sun, who bid a whopping $60.2 million before getting sniped at the last second by Sundaresan.

Get used to seeing these pixelated faces—CryptoPunks make up a number of the most expensive NFT sales.

They’re a randomly generated set of 10,000 unique digital characters, and are some of the first examples of non-fungible tokens released on the Ethereum blockchain.

They were developed by Matt Hall and John Watkinson from American game studio Larva Labs.

Initially given away for free, some CryptoPunks with particularly rare or desirable features have gone on to sell for significant sums—like CryptoPunk #3100, an alien sporting a headband, which sold for 4,200 ETH ($7.6 million) in March 2021.

Dylan Field, the CEO of design software company Figma, is behind the sale of the second-most expensive NFT in history—CryptoPunk #7804. The NFT sold for a cool 4,200 ETH in March 2021, at the time worth $7.5 million.

One of just nine “alien” CryptoPunks, it also sports three accessories, a forward cap and shades, and a pipe (indeed, it’s the only alien CryptoPunk to have a pipe or a forward cap).

CROSSROAD is an NFT created by acclaimed digital artist Beeple. It features anti-Trump messaging, and an enlarged Donald Trump-like figure laying in a defeated heap with profanities written across his naked body. It didn’t always look like that, though; the artwork was designed to change based on the outcome of the 2020 election. Had Trump won, it would’ve depicted him wearing a crown and striding through flames.

Nifty Gateway, a popular marketplace for digital collectibles, brokered the $6.66 million sale of the NFT between its original owner (Twitter user Pablorfraile) and an anonymous buyer.

The NFT was sold just four months after it was initially purchased, at roughly 10x its original price.

In March 2021, Justin Sun finally got his hands on a Beeple NFT, paying $6 million for the artist’s digital work Ocean Front.

Lest you think that NFTs are just an ego-stroking exercise for crypto billionaires, the money did end up going to a good cause; the profits for the auction went to the Open Earth Foundation, a non-profit that aims to track global progress on the Paris Agreement to combat climate change.

SIX MILLION DOLLARS for climate change. THIS is what we need to enact real meaningful change… to work TOGETHER instead of fighting one another. 🙏🙏🙏

we CAN do this, we WILL do this. ❤️ pic.twitter.com/htsWhv503l

NSA whistleblower Edward Snowden threw his hat into the NFT ring in April 2021, creating and auctioning off a digital artwork titled “Stay Free”. The work depicts a cut-out of a pensive Snowden against a background of the text of a US appeals court decision—that the Patriot Act did not permit mass collection and surveillance of Americans’ phone records by the National Security Agency.

Snowden sold the artwork for a whopping $5.4 million on community-driven NFT marketplace Foundation, with the proceeds going to the Freedom of the Press Foundation, a non-profit that advocates for free speech, freedom of the press, and public-interest journalism.

Perhaps more interesting than the price paid, however, is who bought it: PleasrDAO, a decentralized autonomous organization (DAO) set up to acquire “culturally significant pieces with a charitable twist” on behalf of its investors. It’s an example of an investor DAO, a new breed of non-hierarchical organization that pools its resources to make investments.

World Wide Web creator Sir Tim Berners-Lee surprised many when he announced that he planned to sell an NFT representing the original source code of the web in an auction at Sotheby’s. Critics complained that the sale of the web’s source code to a single individual went against the decentralized nature of the web; Berners-Lee, in turn, argued that it was “totally aligned with the values of the web.”

Of course, it’s not really the web’s source code—which is open source and in the public domain, and is thus freely available to view and copy. Instead, it’s an artistic representation of the source code, a bundle of artworks packaged together in an NFT. In any case, the sale went ahead, with the NFT, titled “This Changes Everything”, selling for $5.4 million. Days later, someone spotted a coding error in the artwork.

The third CryptoPunk on our list sold in August 2021 for $4.4 million; in one of the more astonishing examples of a return on investment, it was purchased by its previous owner for just $443 (3.5 ETH) back in November 2018, meaning they made just shy of a 1,000,000% return in less than three years.

The punk itself is one of 88 Zombies in the entire run of 10,000 CryptoPunks, and one of just four Zombies with the thin mohawk attribute, making it a rare specimen indeed.

This NFT comes with a unique twist. As its name suggests, REPLICATOR, a digital artwork by Micah “Mad Dog Jones” Bowbak, makes copies of itself. The self-replicating NFT spits out potentially hundreds of variant NFTs that can then be sold by the owner.

That uniqueness wasn’t lost on the buyer of the artwork, who snapped it up at auction for just over $4.1 million in April 2021.

While the likes of CryptoPunks and Bored Ape Yacht Club have been making headlines, Ethereum-based generative art collection Art Blocks has been quietly racking up hundreds of millions of dollars in trading volume. In August 2021, it marked its largest single NFT sale to date, with Fidenza #313 by Tyler Hobbs changing hands for 1,000 ETH ($3.3 million at the time of purchase). The seller bought it for 0.58 ETH (around $1,400) just two months earlier, for a return on investment of over 235,000%.

It’s not the only Fidenza piece to have sold for north of $1 million, either; three other works from the collection, which generates a unique piece made up of colorful rectangles and squares upon minting, have traded hands for seven-figure sums. The Art Blocks project as a whole generated $300 million in trading volume in August 2021 alone.

The token was minted the token through a platform known as Valuables — which allows users to craft NFTs that represent their tweets.

As part of his philanthropic efforts, Dorsey pledged to immediately convert 100% of the proceeds to Bitcoin before donating it to Africa Response.

The fourth CryptoPunk on this list (seeing a theme yet?), number #6965 sports a funky fedora and an unimpressed expression. It sold for a not-too-shabby $1.54 million in February.

The CryptoPunk is one of just 24 ape Punks, which is the second-rarest Punk type after aliens.

Billed as the “first NFT ever created,” Kevin McCoy’s “Quantum” was snapped up by NFT collector Sillytuna for just under $1.5 million in an auction at Sotheby’s, in June 2021.

The artwork was auctioned off as part of the Sotheby’s “Natively Digital” auction, which included artwork from Pak, Robert Alice and the CryptoPunks collection.

More info about the auction!
Auction winner chooses song name and receives full music video. The auction winner will receive edition #1 of the 9999$ open editions. After the auction has ended, the titles for both the 1/1 and and the OE will change to the title of your choosing. pic.twitter.com/CBBTyqG1Cy

The NFT includes a music video and dance track, and entitled the buyer to choose the name of both the original NFT and the open edition NFTs recently sold on Nifty Gateway.

In the latest NFT craze, buyers inspired by the Pet Rock toy craze of the 1970s are snapping up JPEG images of cartoon rocks. Prices for the EtherRocks have soared, with one example—EtherRock 70, a fine mid-grey specimen—selling for 420 ETH, or just over $1.33 million. Created back in 2017, the EtherRocks are practically ancient history by NFT standards, consisting of a series of just 100 illustrations of rocks taken from a royalty-free clip art database.

Unlike many other NFTs, EtherRocks serve no purpose (they can’t be used in a game, for example) and have no special features to distinguish them. Indeed, the jpeg metadata isn’t actually stored, so ownership of the NFT doesn’t necessarily have a permanent tie to the image in question.

One NFT collector who owns two EtherRocks told Decrypt that the very fact they’re so “utterly useless” is “a quintessential example of a flex”.

Hot on the heels of EtherRock 70, EtherRock 89 sold on the same day for 420 ETH—but the fluctuating Ethereum price meant that its dollar value was slightly lower, at just over $1.3 million. Both EtherRocks could soon be overtaken by others in the collection; at time of going to press, the price floor for EtherRocks is 730 ETH, or nearly $2.3 million.

Billed as the “world’s first concert NFT”, DΞSTINATION HΞXAGONIA comprises an hour-long set by Dutch EDM DJ Don Diabolo, who collaborated with videographer Paul Snijderto create a “next level sci-fi animated live concert experience.” It sold for 600 ETH ($1.26 million) in April 2021, in an auction lasting just four minutes. At the time, it made records as NFT marketplace SuperRare’s highest-priced single item NFT sale. As well as the NFT itself, the purchaser received a hand-crafted box containing a hard drive with the only copy of the virtual concert.