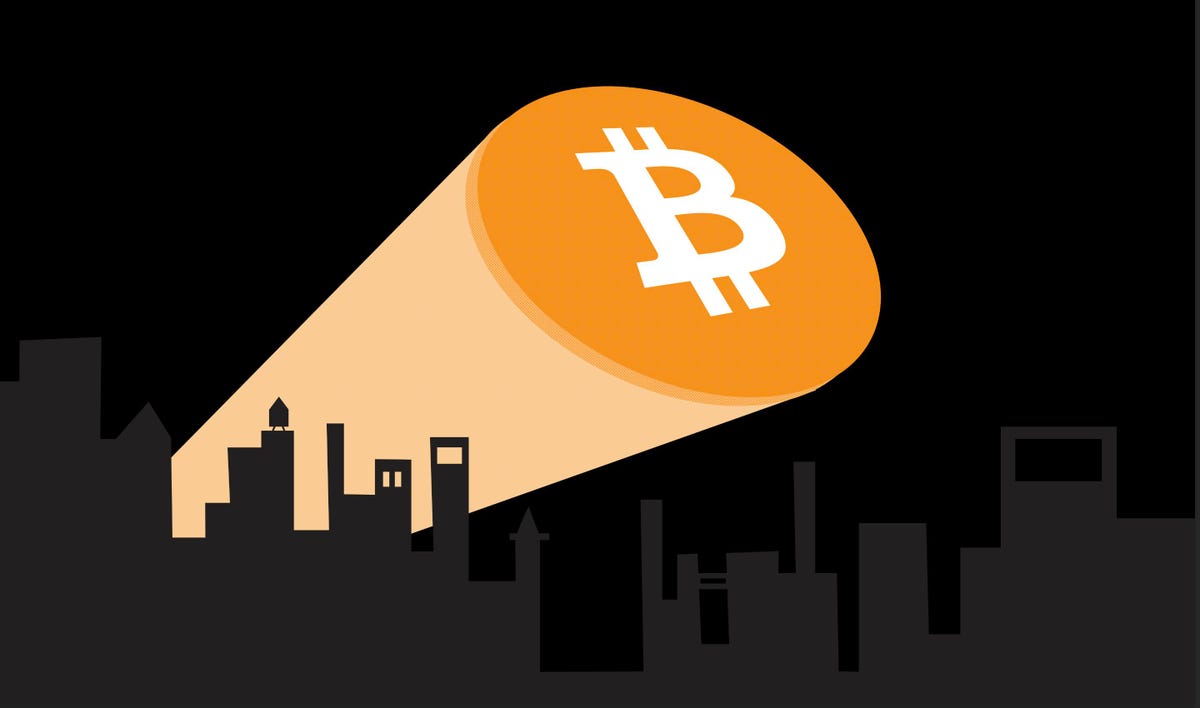 Since the intent of this article is to bridge a divide, let us begin on that which we agree.

Following the invention of Bitcoin, there has been a widespread embrace of digital monies – work has continued on the Bitcoin code, and it has remained the most valued and widely used digital money even as its supporters splintered into factions and various alternatives emerged.

Universally acknowledged is the observation that Bitcoin exists apart from the state, and that its principal achievement is a global money defined by transparent issuance, equitable auditability and, perhaps most notably, a finite supply of monetary units.

Indeed, a pillar of Bitcoin promotion remains the idea that these qualities better protect both human rights and liberal values, effectively enshrining the universal right to money in code.

These are important arguments for Bitcoin, and it is not the intent of this article to diminish them. Yet, we’d be remiss not to note these articles often stop short of answering a natural second order question. Namely, since most cryptocurrencies share these properties, what allows Bitcoin advocates to claim it ensures these rights better than alternatives?

Taken one step further, if Bitcoin and cryptocurrencies are indeed different types of economic systems, how specifically are they different? Finally, why do these differences matter to users when both systems enable opportunities for new kinds of applications and exchange?

As this article will attempt to argue, the unspoken answer is that Bitcoin and cryptocurrency offer contrasting visions for how the financial rights of users should be protected and managed.

Far from esoteric, the implications of this division should be of interest to every market observer as they stand to affect millions – if not billions – as Bitcoin and cryptocurrency adoption grows.

A Compendium of Views

To defend the claim that this more fundamental divide exists, we must first make sense of the motivations driving Bitcoin and cryptocurrency evangelists.

Approaching a decade now in my study of Bitcoin and cryptocurrencies, I believe you can cleave its prevailing ideologies into three views (though variations exist in each).

Bitcoin Maximalists – Those who believe that Bitcoin alone satisfies the definition of a neutral, non-state monetary system and that this definition exists within the domains of economics and computer science. They believe the conditions that led to the launch and bootstrapping of the Bitcoin economy can’t or won’t repeat, and that the creation of cryptocurrencies undermines the economic scarcity that made Bitcoin novel in the first place. While some may tolerate the wider market for cryptocurrencies, this is only so long as it validates Bitcoin’s dominance. (This is where I place myself). Crypto Agnostics – Members of this group believe Bitcoin has a narrow, major or even no place within a wider ecosystem of cryptocurrencies. Though they may see some as better or worse than others, they believe most cryptocurrencies to be inherently good as they provide an alternative to existing monetary systems. Most notably, they assume that by offering different feature sets or focusing on different use cases, cryptocurrencies are serving as a new kind of programmatic money that competes with Bitcoin. Thus, they believe the crypto market to be providing both evidence to this claim as well as arbitrating the validity of claims made by competing entrants. Bitcoin Deniers – This group rejects the idea the private market should issue money, or else argues Bitcoin’s computer science discovery is not an economic invention. Rather, they believe that as governments derive authority from the people, democratic states should maintain a monopoly on money in the public interest (a right that extends to the ability to print, issue or debase money at the state’s discretion).

These definitions being accepted, the assertion of this article then is that the least understood and most interesting difference lies between the Bitcoin maximalists and the crypto agnostics.

After all, they believe strongly in alternatives to state monies, yet disagree on both what Bitcoin and cryptocurrencies are achieving and how claims to their success should be mediated.

Most notably, crypto agnostics appear to instinctively reject the notion there exists some set of criteria a cryptocurrency could meet to serve as a singular alternative to government monetary systems, particularly when this would appear to deny choice to the market.

Often implicitly validating this lens are Bitcoin maximalists who argue against cryptocurrencies by focusing on comparisons like the size of their networks, how they satisfy the properties of money or their launch parameters. After all, to newcomers, it’s not immediately clear why other cryptocurrencies can’t compete with Bitcoin on these parameters (or why the market isn’t providing evidence they are doing so already).

Of course, such arguments only sidestep the fundamental divide – Bitcoin and cryptocurrencies offer vastly different guarantees to their users as a result of their differing attitudes toward the market.

Where the Disagreement Begins

To begin to unpack this claim, we must first review the properties that allowed Bitcoin to serve as money and examine how they result in cryptocurrencies gaining unique attributes as softwares.

Simply, Bitcoin and all cryptocurrencies must be sufficiently decentralized (to maintain operation outside the state) and updated periodically (to continually improve). Yet, it was soon discovered that the nature of this update process gave rise to considerations for the rights of users.

Specifically, to enact a change, users of any cryptocurrency could only either introduce new rules (making new software incompatible with old versions) or modify the existing rules (allowing users to continue running the old software, upgrading to a new software if and when they wish).

With either choice comes an inherent risk – create incompatible softwares and risk allowing the market to create new, incompatible cryptocurrencies. It’s notable then, that Bitcoin maximalists and crypto agnostics have chosen to view and manage this risk in different ways.

Bitcoin maximalists saw this choice as a way to ensure what they saw as the system’s defining features – the right of users to both money and a known money supply – and elected a roadmap defined by modifications that made any split less likely to incur (thus preserving the second guarantee).

Cryptocurrency agnostics, instead, manage this risk by pursuing changes with a more tolerant attitude toward incompatible softwares, reasoning users should able to use money however they want and that a known supply is more of a feature than a right.

Indeed, this view was best defined by Ethereum creator Vitalik Buterin who has claimed Bitcoin’s roadmap is “coercive.” In his view, Bitcoin users who wanted to use their money in new ways with new features were having their freedoms over their money infringed by a stubborn minority.

Unspoken, however, is that, in holding this view, crypto agnostics are promoting a very specific view on user financial rights, one that arguably makes these rights subject to the market itself.

Said differently, crypto agnostics believe every cryptocurrency should be able to change in any way desired by the majority of its users, and secondly, that this majority should be able to make any decision – up to and including rescinding the rights of other users.

That this opinion exists is evidenced by Buterin’s preferred conclusion to settling cryptocurrency splits: “If you really want to make a contentious change… let the market sort it out.”

Should any user disagree with the majority’s decision for any cryptocurrency, crypto agnostics assert that they can simply run (or launch) another coin. So long as alternatives exist, they reason access to money remains possible for the individual.

But while this lens appears to have been accepted by crypto agnostics, less discussed is that the consequence of this preference is effectively the replacement of state authority over money, not with individual authority, but with the authority of the market.

With Bitcoin, for example, users have the right to not just money and the right to a known money supply, but the right to dissent from the majority of users by rejecting unwanted features.

On Ethereum and like systems, by contrast, changes are almost always enacted by majority rule, and indeed for many staking protocols and decentralized finance applications, changes by majority voting are an explicit feature of the system.

Said another way, with cryptocurrency, as with fiat money, users cannot dissent, meaning they only maintain their right to money at the discretion of the market.

By design, this is exactly the freedom that Bitcoin – and only Bitcoin among other competing cryptocurrencies – now enables. Far from theoretical, there are minority groups within Bitcoin that today reject majority upgrades, maintaining older software that remains within consensus.

Take, for example, Bitcoin’s upcoming upgrade Taproot. Should any user who holds value in Bitcoin refuse to go along with the majority’s preferred change for enacting smart contract code, they will continue to hold Bitcoin that has the same value as any other Bitcoin.

Again, contrast this with updates on other cryptocurrencies and the difference couldn’t be more stark. Fail to update to the majority’s preferred code and your right to your money might be rescinded or revoked.

From this, we can see that one of the prevailing issues with cryptocurrencies is not their ability to store or transfer value at all, but in their claims code alone makes a system different from the fiat system’s rule-by-majority status quo.

Of course, one could argue the results of this observation may not be so dire. Crypto agnostics will likely continue to maintain that cryptocurrencies that function by the authority of the market are a novel invention, perhaps preferable to economies defined by government decree.

One would hope, however, that this group can recognize that this class of digital monies and their economies, at the very least, exist apart from Bitcoin.

From there, we can begin a more honest discussion about the different guarantees both systems offer to the users, and by extension, the global economy at large.

The biggest Bitcoin conference of the year is coming soon – learn more.