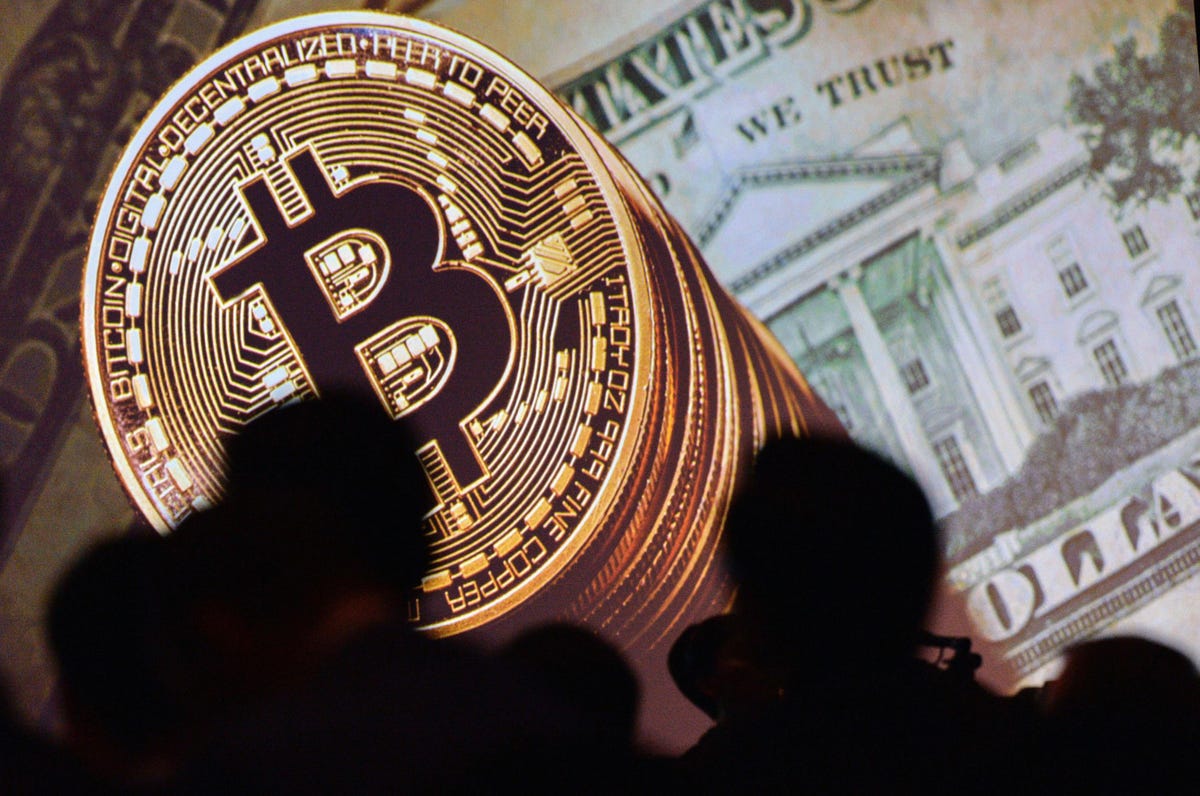 The IRS is cracking down on criminals using cryptocurrency, using an undercover persona to trade Bitcoins for cash. (Photo by ROSLAN RAHMAN/AFP via Getty Images)

On the hunt for tax cheats, fraudsters, money launderers and dark web drug dealers, the Internal Revenue Service (IRS) has sent an undercover agent to work on a market for trading bitcoin, ethereum and other cryptocurrency.

In a search warrant reviewed by Forbes, the undercover IRS agent went by the name of Mr. Coins on LocalCryptos.com, a platform exchanging cryptocurrency for dollars and other fiat currencies. Mr. Coins’ profile, still live at the time of publication, had 100% positive feedback after shifting up to $200,000 in digital money.

But his biggest success may have been to take down an alleged dark web drug dealer, tricking him into sending more than $180,000 in cash to the IRS in exchange for cryptocurrencies, according to the warrant.

In June last year, Mr. Coins put up an advertisement offering to buy Bitcoin via cash by mail and above market prices. All sellers had to do was get in touch over encrypted messaging apps Wickr or WhatsApp.

Shortly afterwards a person going by the name Lucifallen21 got in touch to enquire about the ad, according to the search warrant. The IRS, without saying how, determined that Lucifallen21 was actually Evansville, Indiana, resident Chase Hite. By July, he’d agreed to buy from Mr. Coins, wrapping up $15,040 in cash in clothes, putting the money in a box and posting it to the agent in exchange for approximately 1.59 Bitcoin, according to the government’s account.

The LocalCryptos account of Mr. Coins, which turned out to be controlled by an undercover IRS agent.

More payments came in, with nearly $20,000 posted in August, in exchange for approximately 1.34 Bitcoin and 45.2 Monero, another cryptocurrency that promises better privacy protections than its rivals, the government said, adding that nearly $65,000 was sent to the agent over following months.

Come March this year, investigators were getting ready to home in on the conclusion to the sting operation. A $28,000 cash package from Hite was intercepted and marked as lost by the Postal Service, according to the IRS, which then monitored calls to the post office, waiting for the suspect to call and complain. Investigators linked this call with a phone number that was paid for by Hite.

Further messages over Wickr indicated Hite was involved in dark web drug sales, claiming to sell “pills and opioids,” as well as cocaine and marijuana, the IRS claimed. As they deepened their relationship, the undercover officer agreed to provide Hite with a loan, by which the suspect would send $54,000 in cash and get $79,000 worth of cryptocurrency in return, according to the search warrant. When that last package arrived, forensics took fingerprints and linked them to Hite, the government added.

Hite was arrested in July and has not yet filed a plea. The charges were filed in the Eastern District of New York. His lawyer declined to comment. LocalCryptos hadn’t responded to requests for comment. The IRS declined to provide more information than what had been filed in court.

The tax collecting agency has a track record of going undercover to snare cryptocurrency-using criminals. Earlier this year, it was revealed that the agency had organized a payment to a service called Bitcoin Fog, which offered to launder money. The agents said they wanted to launder cryptocurrency they’d earned by selling ecstasy, according to a criminal complaint, first reported by Wired, in which a Russian-Swedish administrator was charged. And in March, the IRS pretended to be a seller of counterfeit Gucci products sourced from China, asking the defendant in that case to convert bitcoin that they claimed to have acquired in selling the merchandise.

But this latest sting is a rare case where the IRS set up a profile on a cryptocurrency trading platform and created what amounts to a watering hole, with agents just waiting for criminals to dive in.

This story is part of The Wire IRL feature in my newsletter, The Wiretap. Out every Monday, it’s a mix of strange true crime and real-world surveillance, with all the relevant search warrants and court documents for you to pore over. There’s also all the cybersecurity and privacy news you need to read. Sign up here.