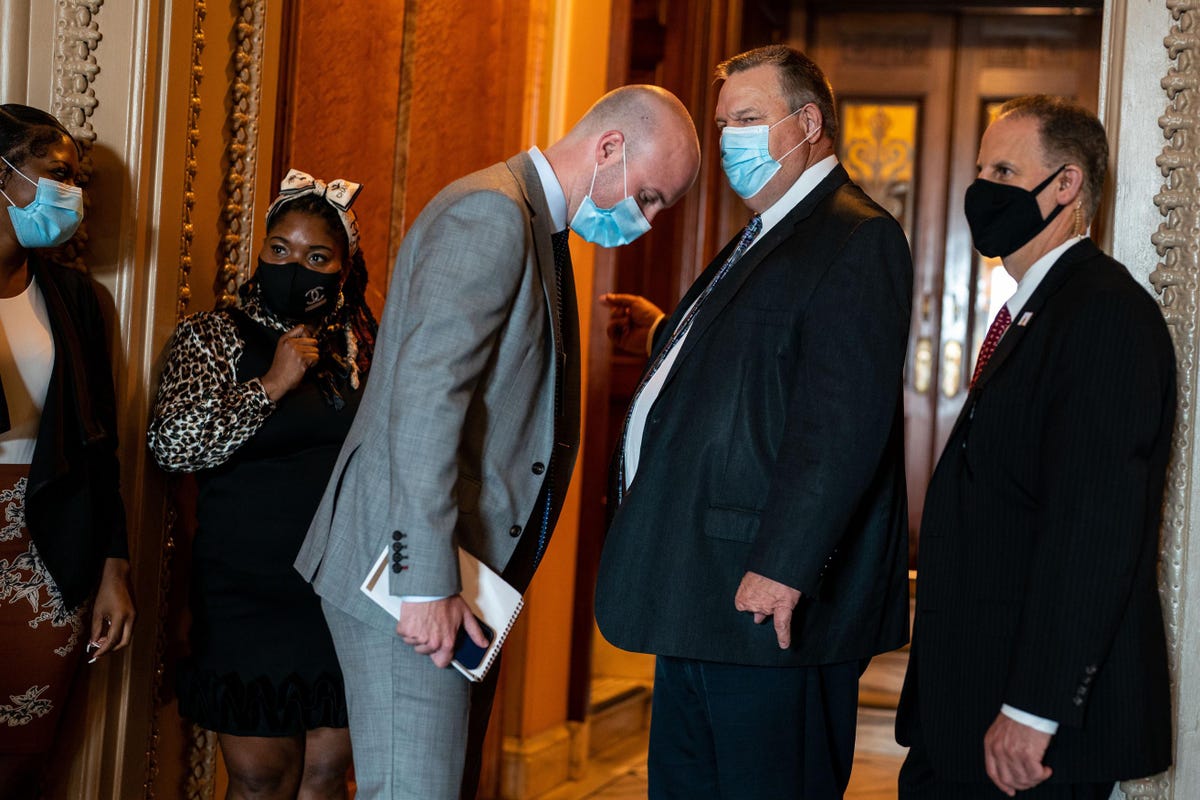 Recently, we have been hearing nothing but news about how the infrastructure bill is being birthed. It has been a long drawn out labor, the child was in imminent danger of being still born. The unlikely midwives are bi-partisan or so they would have us believe. As is usual in such cases it was a C-Section, and the child was born long after the gestation period and the child is still on life-support. The latest news in the crypto-world has focused on the provisions of the bill dealing with reporting requirement for “brokers” of digital assets and the definition of digital assets. These reporting requirements are designed to extract a tax from users who misreport or under report their taxes. Those definitions are in a section called Revenue Provisions. Revenue Provisions try to evaluate how the bill will pay for itself. This is in the Washington tradition of justification for expenses, similar to projecting whether the child will grow up to be a productive member of society or a wastrel. Revenue Provisions falls under the category of foretelling the future. Which in the best of circumstances is a crapshoot.

WASHINGTON, DC – AUGUST 10: Sen. Jon Tester (D-MT), second from right, speaks with a staffer outside … [+] the Senate Chamber as he arrives for a vote on H.R. 3684 Infrastructure Investment and Jobs Act on Tuesday, Aug. 10, 2021 in Washington, DC. The Senate has approved a $1 trillion bill to rebuild aging roads and bridges, with $8.1 billion targeted to projects in the West. (Kent Nishimura / Los Angeles Times via Getty Images)

These “Pay For” provisions which are in any bill are promptly forgotten by everyone except for the OMB (Office of Management and Budget), who work for the president and the CBO (Congressional Budget Office), which is meant to be bi-partisan. For example, the Jobs and Tax Act shepherded through in 2017 called for a deficit hit of about $1.5 T over 10 years, after these two years of extreme economic duress and fiscal largesse, as well as stupendous returns for certain corporations, these estimates may miss the mark by a similar amount, meaning the total cost (including missed revenue) may be in excess of $ 3.5 T. Optimistic projections of the corporate tax cut resulting in capital or research investment have not been borne out. Most of the money that corporations got back have been returned to investors or used to buy back shares.

CBO does a self assessment of their estimates. It is difficult to tease apart effects from individual pieces of legislation, even the enormous bills like the Tax and Jobs Act with widespread long term consequences, their estimates for five or more years into the future are off by more than 5 percent. CBO reporting is designed to curb the tendency of politicians to spend the nations money on pet projects, including balanced budget and deficit financing are meant to curb them. Popular and necessary spending bills have to address them too, like the infrastructure project. An examination of these tortured negotiations reveal the offal in the Washington sausage making process. The war in Afghanistan reveals how more than $2T can be misspent, creating a phantom army that melts away, securing for medieval, anti-democratic forces the best weaponry money can buy. Talk about unintended consequences. The objections to the crypto-provisions in the bill are all about unintended consequences.

Of the “Pay For” provisions, none have attracted more scrutiny and press than the so called Digital Assets act. Initial “Pay For” suggestions to strengthen the IRS and simplify the tax code should have yielded tremendous gains from better tax compliance, especially from the wealthy, the figure runs to around $1 Trillion per year. After that “Pay For” suggestions were shot down by politicians interested in defunding the IRS, the bi-partisan collaborators were forced to go after items like unspent Covid funds, Covid unemployment payments blocked by state legislators and what they thought could be an easy win, stricter reporting on digital asset transfers that could bring in $28 B. There is no evidence (at least in the bill) where the $28 Billion figure comes from. For $28 B to be new money, there has to be lots of tax-dodging in crypto-investments. This drew huge howls of protest from the crypto-community and bad press surrounding the innovation killing measure. Huge amounts of money were made by many from trading crypto-currencies, it is natural that such profits should be taxed, there is nothing wrong with strengthening tax compliance. Coinbase, a venerable exchange (in crypto terms), has been sending out 1099s for profits since 2017. However, as is usual with bills written in secret with no technical experts among the framers, the definitions were too broad and open to interpretation by the Treasury. As noted by the Electronic Freedom Foundation and many others, the unintended consequences of two broad definitions can be significant. These are the definitions for Digital Assets and for Brokers in the bill. All references use the govtrack.us website to research the bill and uses the latest version of the bill. Sec. 80603. Information reporting for brokers and digital assets. section 80603 does not make its appearance until August 10, it is not referenced in the version of the bill passed by the House on July 1st. Section 80603 was inserted in the August 10th version that passed the Senate, to comply with a demand that the bill pay for itself.

Digital Assets: Except as otherwise provided by the Secretary, the term digital asset means any digital representation of value which is recorded on a cryptographically secured distributed ledger or any similar technology as specified by the Secretary. According to many this broad definition can include loyalty cards, airline miles, current commercial bank money etc.

Broker: any person who (for consideration) is responsible for regularly providing any service effectuating transfers of digital assets on behalf of another person. This could possibly include developers, miners and others.

Brokers as defined above, are also subject to the return requirement for any non-sale transfers of digital assets to a non-broker. Maybe a 1099? All of these were inserted at a late stage in the game to get the bill (H.R. 3684) to pass the Senate. The harms that could cause due to such an insertion include the gathering and custody of large amounts of personal information of more and more users, including the threat that it would stifle innovation because of compliance complexity. In short, runaway unintended consequences.

Most of these effects are meant to be mollified by the Treasury Secretary’s assurances on the definition of Broker, the interpretation of which is in the Secretary’s hands. Also a stricter interpretation of the meaning of a digital asset. The lawmakers or their staff do not have a good understanding of how cryptocurrency works, they need more technical assistance. Further, the definition of a digital asset can include other forms of digital representation of value including any kind of tokenized asset, including NFTs.

H.R. 3684 is on life support. The prediction by skopos labs gives it a 2% chance of being enacted. This is for a bill that is supported by the majority of Americans, that has already passed the Senate. Talk about the will of the people.