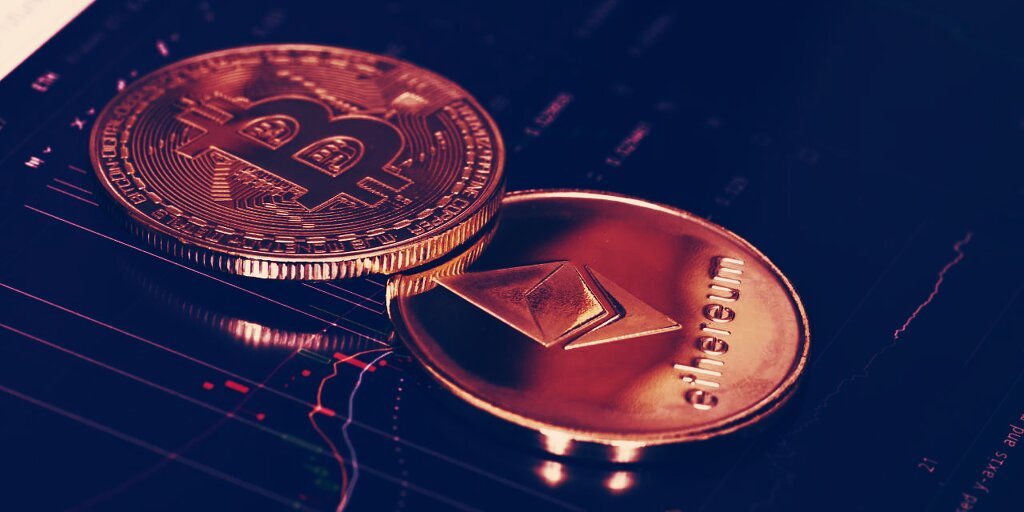 This week in coins. Illustration by Mitchell Preffer for Decrypt.

Bitcoin has fallen more than 6% over the past seven days, and is down more than 1% in the first day and a half of 2022, according to CoinMarketCap. The largest cryptocurrency by market capitalization is hovering around $47,000 at the time of writing.

Bitcoin hit a festive high two days after Christmas, when it soared to its highest price in three weeks of $52,050. Ethereum experienced a similar trajectory, but failed to clear $4,120. In the days since then, BTC and ETH have both struggled, both down nearly 7% in seven days.

Fall of the Altcoins

The leading altcoins have also fallen hard over the past seven days: Solana (SOL) and Polygon (MATIC) are both down more than 10%, while Terra (LUNA) is down 9%. The two top meme coins, DOGE and SHIB, are down around 9 and 13%, respectively.

So what happened? Considering all of them experienced significant growth at the end of 2021, particularly Terra and Polygon in December, a price correction was due.

Despite the pullback, there was positive news this week for a couple of the former high-fliers. Polygon developers quietly patched up the network after white hat-hackers noticed an exploit. The fix didn’t quite come in time: one hacker still made off with 800,000 MATIC tokens, or $2 million USD.

And on New Year’s Eve, Shiba Inu’s developers announced that they have created the first iteration of DoggyDAO, a decentralized autonomous organization that hands control of the network’s ShibaSwap DEX to community members through BONE governance tokens.

Altogether it’s been a slow start to the year in terms of prices, but with growing institutional adoption of crypto across the board, we expect 2022 to be just as explosive as 2021. The question is whether it will be ETH’s year, or another doggy coin hype cycle, or more surging for Solana, Avalanche, and other smart contract blockchains, or something else entirely. Don’t listen to anyone who claims to know what will happen in crypto markets for sure.