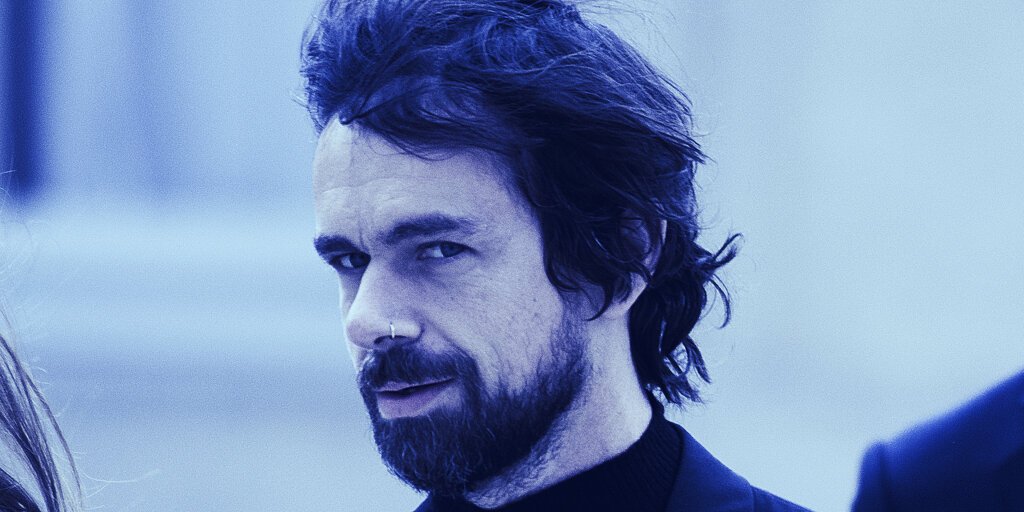 Illustration by Mitchell Preffer for Decrypt

This being the week of Christmas, Crypto Twitter wasn’t its usual raucous and polyphonic self. There were fewer announcements, attacks, and gossip than usual.

But one debate dominated the chatter: former Twitter CEO Jack Dorsey took on Web3’s venture capitalists and found an ally in Elon Musk. And it all happened after Cardi B asked her followers an innocuous crypto question.

Read on for the play-by-play summary of the debate and to find out what else happened on Crypto Twitter this week.

Cardi B arguably ignited the Web3 war of words between Jack Dorsey and venture capital firms like Andreessen Horowitz. It all started on Tuesday, when Cardi tweeted a simple question to her 20 million followers: “Do you think crypto is going to replace the dollar?”

Dorsey wasn’t done drawing a distinction between Bitcoin and the rest of crypto. Three hours later he jumped back on Twitter and declared: “You don’t own ‘web3.’ The VCs and their LPs do. It will never escape their incentives. It’s ultimately a centralized entity with a different label.”

The VCs and their LPs do. It will never escape their incentives. It’s ultimately a centralized entity with a different label.

Know what you’re getting into…

The tweet attracted a gaggle of industry pundits into the fray, including Rug Radio founder Farokh Sarmadh, Dogecoin co-founder Billy Markus and Tesla CEO Elon Musk. At first, Musk entered on Dorsey’s side: “Has anyone seen web3? I can’t find it…”

Dorsey continued to argue with people on Twitter well into Thursday, burning a few bridges on the way. On Wednesday the Square CEO tweeted that he’d been blocked by Marc Andreessen, co-founder of Andreessen Horowitz, the firm behind nearly every crypto startup these days. Dorsey also unfollowed various corporate figures in the sector, including Gemini co-founder Tyler Winklevoss and Coinbase CEO Brian Armstrong.

It wasn’t just Web3 in Dorsey’s crosshairs. He also managed to throw shade on Ethereum. At one point, NFT maker Rahilla Zafar accused Dorsey of being anti-Ethereum. Dorsey denied the charge, qualifying his point of view with: “I’m not anti ETH. I’m anti-centralized, VC-owned, single point of failure, and corporate controlled lies. If your goal is anti establishment, I promise you it isn’t ethereum.”

I’m not anti ETH. I’m anti-centralized, VC-owned, single point of failure, and corporate controlled lies. If your goal is anti establishment, I promise you it isn’t ethereum. Don’t believe or trust me! Just look at the fundamentals.

Dogecoin co-founder Billy Markus took umbrage with Dorsey’s Bitcoin maximalism and chipped in his two cents. He wrote: “My goal is to build stuff and make money and have fun I’m used to the corporate establishment and don’t really see any meaningful break away from it ~ bitcoin just gives power to new rich people.”

Musk flattered Markus by jumping in: “That’s why I’m pro Doge.” Dorsey replied to Musk’s comment with some more Bitcoin praise, but Musk tapped out of the thread.

Dorsey’s tweet storm was pretty outrageous, but it’s not quite as outrageous as a head of state announcing to his followers at random moments that he’s just bought loads more Bitcoin. That could be interpreted as financial advice. And it’s exactly what El Salvador’s Bitcoin-pumping president Nayib Bukele has repeatedly done.

Bukele prefaced his latest announcement on December 21 with a little teaser: he enigmatically shared the fact that his country has an area of 21,000 square km. “Coincidence? I don’t think so!”

Things became clearer just over an hour later. Bukele told his followers that he planned to buy 21 Bitcoins to commemorate the final 21st day of a month in the 21st year of the 21st century. He later tweeted the receipt. (The last time he bought, in October, he made it a 420 joke.)

OpenSea users get their SOS

On Christmas Eve, with the crypto scene relatively quiet, OpenDAO took the opportunity to make some noise.

The DAO, which says it formed in an effort to reward OpenSea users for their spending and for suffering through various scams, airdropped new SOS tokens to anyone who has spent money on OpenSea transactions prior to December 23. You can claim your SOS by heading to OpenDAO’s site, connect your crypto wallet and hitting “initiate claim.” Your amount of SOS will depend on much ETH, DAI, or USDC you’ve spent on OpenSea. That figure will be compounded by a multiplier.

And SOS rapidly multiplied. The token rose more than 1,000% in just two days and became the talk of Crypto Twitter by Sunday.

Alexis Ohanian, the Reddit cofounder and NFT collector, devoted a Twitter thread to the SOS airdop, saying it’s an example of “how EVERYONE will value their time and spending online… u’re finally rewarded 4 using… Because everything is in a public database, it allows anyone to show up and reward behavior stored there.”

OK — b4 all the VC thinkpieces start…. these airdrops (like $ENS before it) flip script on how EVERYONE will value their time + spending online👉 u’re finally rewarded 4 using. It’s bringing incentives that I love (as a founder/investor) to the COMMUNITY that makes it all work

Altogether it was a quiet week on Crypto Twitter until Christmas—and now you can expect a lot more SOS chatter in the week to come.