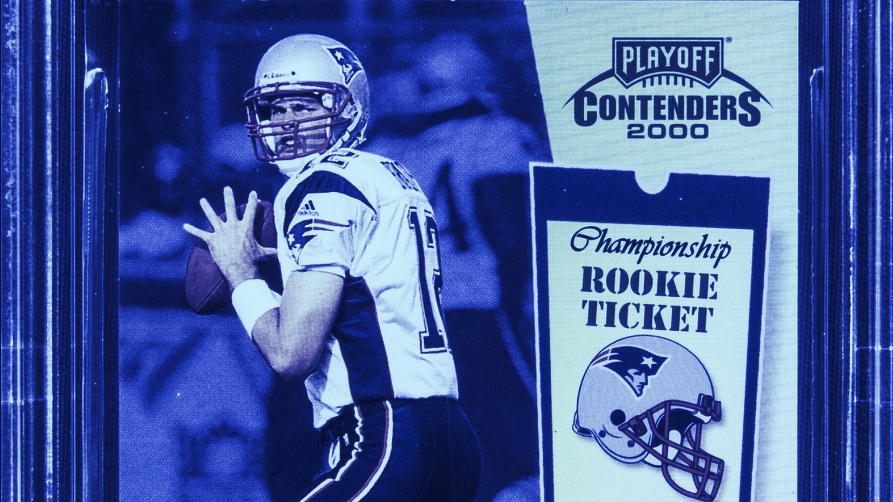 A Tom Brady trading card was sold for almost $1.7 million worth of Litecoin. It’s the latest in a long line of examples where the worlds of sport and crypto have come together.

Trading card and collectibles marketplace Goldin Auctions has announced the $1.68 million sale of a Tom Brady rookie card, paid for in Litecoin.

The card itself is a rare 2000 Playoff Contenders card, considered the “Holy Grail” of the collecting industry. It’s the most expensive item paid for on Goldin Auctions in cryptocurrency since the site began accepting crypto payments one month ago.

“The hobby is undergoing incredible growth unlike anything I have seen in my 40+ years in the industry,” said Goldin Auctions founder Ken Goldin in a statement, adding, “Trading cards and crypto are now two of the most rapidly growing alternative asset classes and we know there is a lot of overlap between the communities.”

The signed Brady card is considered one of the most valuable football cards in the market. Tom Brady is widely considered to be the greatest football player of all time, and capped off last season with his 7th Super Bowl ring, an achievement no other quarterback has reached in the history of the NFL.

Earlier this year, Brady launched his own NFT platform with some of the biggest sports and tech companies, including Spotify, Apple and DraftKings.

The ongoing merger of sports and crypto

Per the company’s announcement, Goldin Auctions has made over $150 in sales this year, and has sold over $1 billion worth of trading cards, sports memorabilia and other collectibles in its history. The company is also partnered with Naismith Basketball Hall of Fame and the Major League Baseball Players Alumni Association.

This sale is the latest in a long line of examples of popular sports merging with the crypto industry. Non-fungible tokens (NFTs) have proven to be especially popular; Tampa Bay Buccaneers tight end Rob Gronkowski has released his own collection of the crypto collectibles, which sold for over $1.6 million at auction.