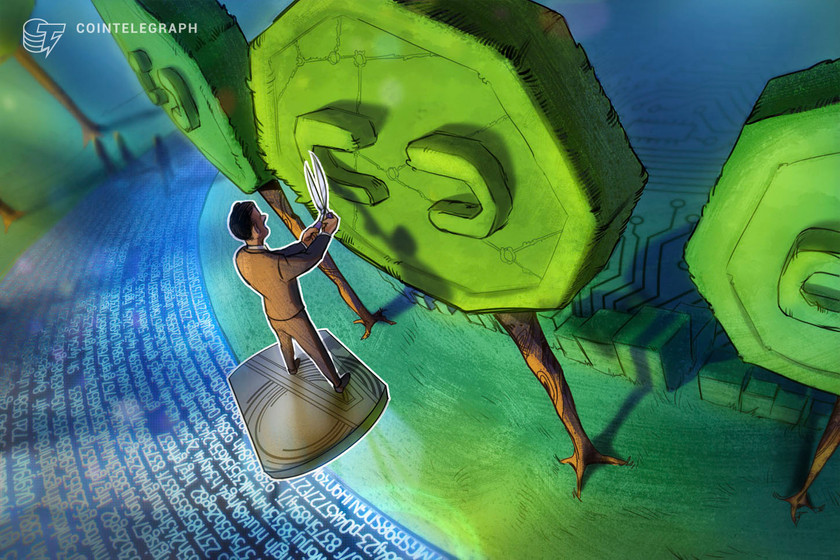 The wider crypto market has a wait-and-see feel to it on Aug. 25 as the price of Bitcoin (BTC) dipped to $47,360 before rebounding off the lower support of the ascending channel to reclaim the $48,000 level.

Despite the swift turnaround, analysts are still wary and well-known financial analyst John Bollinger warned investors that it might be a good time to secure some profit.

Data from Cointelegraph Markets Pro and TradingView shows that the biggest gainers over the past 24-hours were Telos (TLOS), Gnosis (GNO) and Alpha Finance Labs (ALPHA).

Telos finalizes its bridge to Ethereum

The top-performing token on the 24-hour chart was Telos, a scalable blockchain network created from EOSIO software with a focus on the creation of NFTs and smart contracts for decentralized finance, gaming and social media.

VORTECS™ data from Cointelegraph Markets Pro began to detect a bullish outlook for TLOS on Aug. 22, prior to the recent price rise.

As seen in the chart above, the VORTECS™ Score for TLOS began to shift positive on Aug. 22 and reached a high of 71 on Aug. 23, roughly nine hours before its price began to increase by 45% over the next two days.

Excitement for the project has been on the rise over the past week as the Telos network prepares to release its Ethereum Virtual Machine (EVM) which will enable the bridging of assets between the two protocols.

Gnosis rallies after creating a DAO

Gnosis continued to see strong demand as developers on the project turned their attention toward the creation of a decentralized autonomous organization (DAO) for its asset management system called Gnosis Safe.

According to data from Cointelegraph Markets Pro, market conditions for GNO have been favorable for some time.

As seen in the chart above, the VORTECS™ Score for GNO has been in the green for much of the past week and reached a high of 75 on Aug. 22, around eight hours before the price increased 52% over the next two days.

Alpha Finance Lab, a leverage-providing DeFi protocol, has been the third-biggest gainer on the 24-hour chart thanks in large part to the release of Alpha Homora V2 which includes a new ‘Minimal Function Mode’ designed specifically for leveraged yield farmers.

As seen in the chart above, the VORTECS™ Score for Alpha first turned green on Aug. 19 and climbed into the dark green zone to hit a high at 81 on Aug. 20. This was approximately 30 hours before ALPHA price increased 31% over the next three days.

The token also got a boost of momentum on Aug. 20 after ALPHA was selected as the Binance Launchpad project of the year for being the best performing project to come out of the exchange’s incubator in 2021.