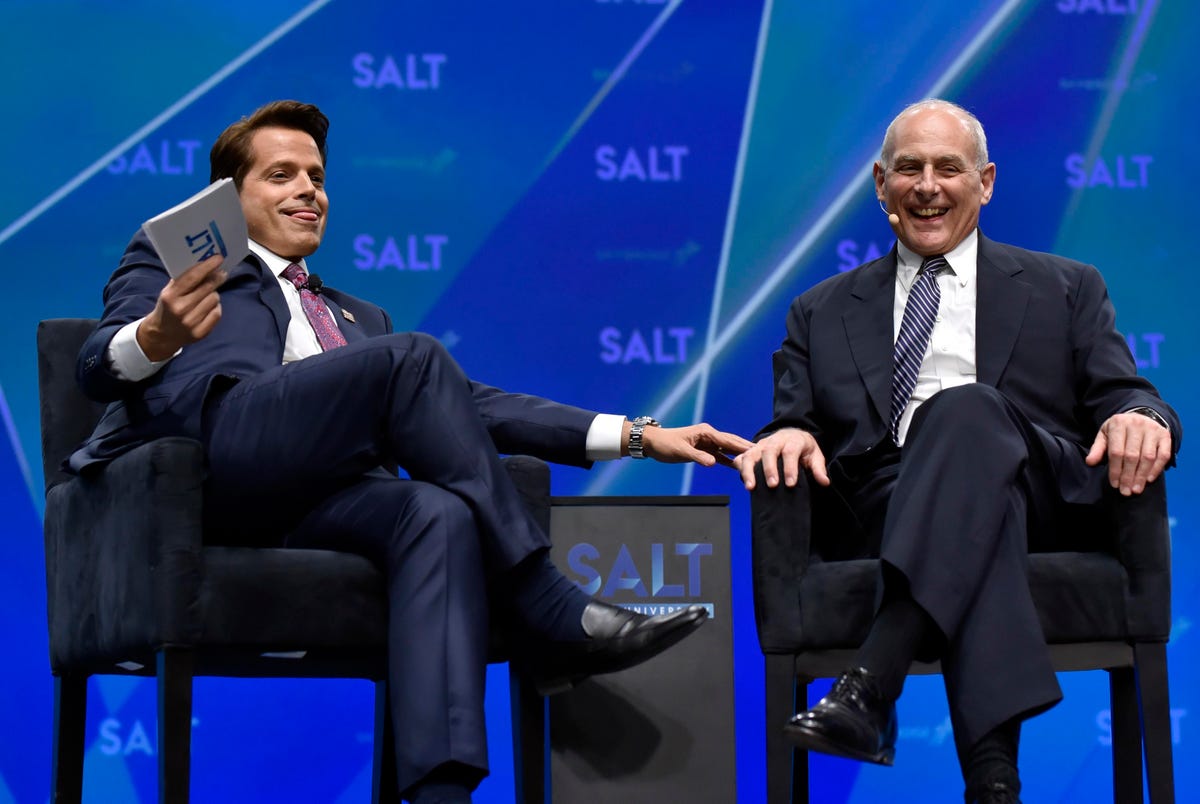 “What is going to turn Bitcoin into real value is a trusted network,” says top financier Anthony Scaramucci ahead of the SALT conference in New York. With $700 million in both Bitcoin and Ethereum spread across all SkyBridge products, he is convinced that cryptos are here to stay and will revolutionize the finance world, like Amazon AMZN and Facebook did to e-commerce and the internet.

A Unique Transformation is Coming

At present, the bitcoin network sports 125 million users and soon they will be 300 million. Cathie Wood, CEO of Ark Invest, had invested in a stunning 4.63 million shares of Coinbase (NASDAQ NDAQ :COIN) by June, valued at over $1 billion. That is almost 2% of Coinbase’s fully diluted capitalization of 261.3 million shares.

So, Scaramucci’s take is clear: We’re embarking on a seismic technological change in the economy, very reminiscent to that of the 1920s after the Spanish Flu –a period of extraordinary growth when the world underwent another fierce technological industrialization.

And bitcoin –crypto in general– will represent the breakaway from an “old economy” that will still survive and coexist in a world of e-cars and artificial intelligence. “My Eureka moment was when I recognized that the blockchain is allowing us to transact with each other without a third party, without an authority,” Scaramucci says.

A trusted network is what is going to turn bitcoin into real value. Trust is spawned by the sheer increase of value transactions in the blockchain. Netscape founder Marc Andreessen believes that the latter –and what has happened in terms of the technical experience that people are sharing in it– is equivalent, if not more powerful than the world’s first browser.

“Bitcoin is a ledger, a decentralized ledger, and one of the most brilliant creations,” Scaramucci asserts.

“We’re making money worth less every day by corrupting it with the additional supply of it, and we’ve increased its supply in the U.S. by 31% in the last 17 months.”

He says the fact that the U.S. created 469 billion new dollars from January 1 to May 30 is unsustainable. While the economy can continue to do that, it will destroy the middle and lower-income people –which explains the U.S.’s national struggle.

“It weakens the middle class because the wages can never catch up to the assets.”

As cryptocurrency mainstreams –straddling the hurdles of regulation obscurity and the Chinese crackdown– investors face a trillion-dollar question: How could they wring the juice out of bitcoin?

For SkyBridge, cryptocurrencies are a directional bet in the context of a diversified portfolio. Investors are expected to get along with what is “workable” and be patient, which means trading them, using derivatives, participating in crypto stocks, and shorting things they think are potential hedges to them.

“But if they really believe that there’s a macroeconomic wave that is happening, keep it simple,” Scaramucci says.

Investors are now taking too many risks in a highly volatile environment. “Somebody said to me the other day, ‘how much do you have in bitcoin?’ I said, ‘around 20% of my personal assets’ and they were like ‘whoa!’”

“But I had 5% of my net worth in it last October, so what do you want me to do if I bought bitcoin at $8,000 and it’s now trading at $40,000? Sell it? In the immortal words of Warren Buffet, I’m not going to trade Michael Jordan for four scrubs and call it a diversification trade.”

In these volatile, Covid-ridden times, hybrid funds could be more than suitable for risk-averse investors. However, Scaramucci boldly asserts that “the 60 40 portfolio is over.” This is so because investors are finding it hard to traffic in the bond market with the current yields and expect great returns over the next decade.

“What’s happening now is, people are clipping off the typical asset allocation to bonds, and then they’re going for some higher-yielding stocks thinking ‘I hopefully have some kind of growth coupon attached to them.’”

Investors are down into the capital cycle and “go for earlier stage things” –private equity. “This would be early-stage venture formation of new growth technologies, either tech technologies or biotech technology.”

At the SALT event in New York –September 13-15 at the Javits Center Expansion– Scaramucci and Loeb –founder and CEO of Third Point Offshore Investors Ltd (LON:TPOU) will discuss the future of hybrid investing. A star-ridden lineup will include Solana’s CEO Anatoli Yakovenko, Josh Friedman and Jimmy Levin from Sculptor, and Jason Mudrick from Mudrick Capital.  Stay tuned for our coverage from there.