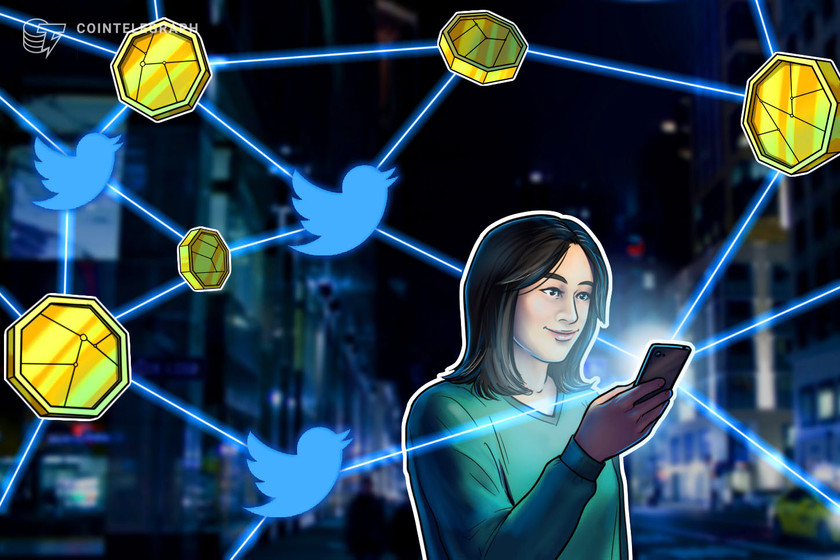 Twitter has added a new crypto feature that enables Twitter users to search the price of Bitcoin (BTC) and Ether (ETH) simply by typing “Bitcoin” or “Ethereum” into the search tab.

The Elon Musk-led social media platform didn’t announce the new feature to the public. However, the Documenting Bitcoin account was one of the first to highlight the update, and shared a screenshot of the new price index feature to its 853,700 Twitter followers on Dec. 21.

Upon searching crypto token names on Twitter, Ether’s price also shows up too, however it appears that BTC and ETH are the only two price charts that come up on Twitter’s search tab. Other top cryptocurrencies, including Musk’s beloved Dogecoin (DOGE) has not made the cut for the time being.

The price charts also include a “View on Robinhood” link  that can be clicked in the bottom left hand corner, suggesting the retail trading platform has teamed up with Twitter for this integration.

There, users are brought to Robinhood’s price chart for ETH, which provides an additional link below stating “Sign Up to Buy Ethereum.” The same links are provided for Bitcoin too.

However, no partnership details have ybeen disclosed between Twitter and Robinhood.

Twitter’s price chart integration may arguably lead to more traffic to Robinhood, as #Bitcoin alone is tweeted roughly 120,000 times per day, according to data from BitInfoCharts.

This figure would likely be much higher if alternative tweet tags such as Bitcoin, $Bitcoin, BTC and $BTC were included in the figure.

#Ethereum on the other hand hoddles at around the 25,000 range.

Related: Crypto fans should get behind Elon Musk’s subscription model for Twitter

Earlier this month, rumors began to circulate on Dec. 4 that Twitter may create its own native cryptocurrency “Twitter Coin” to be used for payments on the platform, which came about a week after Musk shared a glimpse into what “Twitter 2.0” may look like on Nov. 27 — which included the possible integration of cryptocurrency-based payments on Twitter.

But Musk’s future at Twitter appears to be at the crossroads after the controversial figure asked Twitter whether he should “step down as head of Twitter?” in a Dec. 19 Twitter poll — with 57.5 of the 17,502,391 voters polling “Yes.”

Musk later added that he “will resign as CEO as soon as I find someone foolish enough to take the job!”