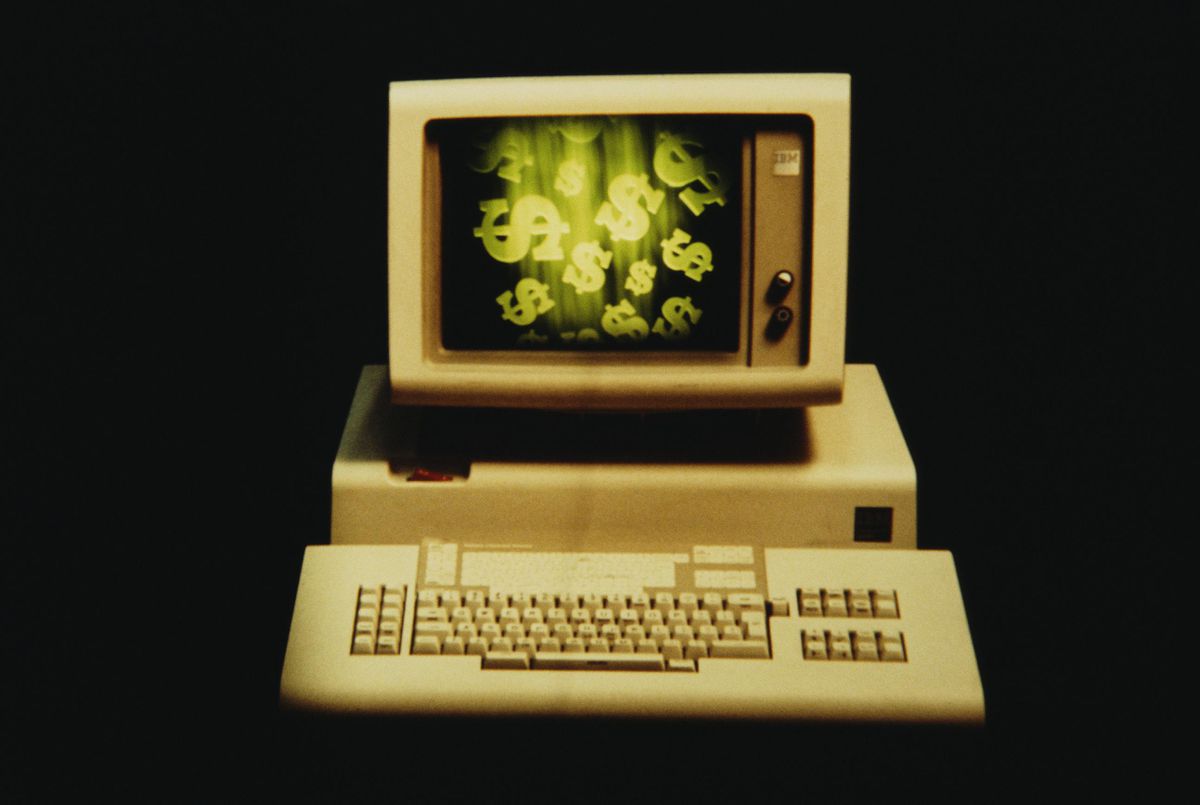 In March of this year, Hill and Foster followed up on their initial bi-partisan initiative in 2019 with the introduction of H.R. 2211 titled the Central Bank Digital Currency Study Act of 2021. The bill notes that a, “…January 2021 survey by the Bank for International Settlements found that 86 percent of central banks, representing countries with close to 72 percent of the world’s population and 91 percent of global economic output, are currently or will soon be engaged in work relating to CBDC, with almost three-quarters of such central banks having moved beyond the research of CBDC to experimentation, proof of concept, or testing activities.”

Dollar signs on the monitor of an IBM computer, 1983. (Photo by Alfred Gescheidt/Getty Images)

One of the witnesses, Mr. Giancarlo, is also the former Chair of the Commodity Futures Trading Commission (CFTC) and founded the Digital Dollar Project (DDP), a non-profit initiative in D.C. supported by Accenture ACN . The DDP announced it would be launching five pilot programs to explore CDBCs over the next 12 months. Last year, Giancarlo wrote an opinion piece in the Wall Street Journal sharing his belief in the importance of the U.S. figuring out how to introduce a ‘digital dollar’.

Another witness, Dr. Narula, is the lead at the MIT Media Lab focusing on cryptocurrencies and blockchain technology. In August of 2020, the Federal Reserve Bank of Boston announced a collaboration with the MIT Media Lab to research digital currency. The project aims to understand the opportunities and limitations of possible technologies for CBDC. Recently, Federal Reserve Governor Lael Brainard spoke at a conference on the policy implications of a CBDC.

The hearing will be available for viewing via livestream here.