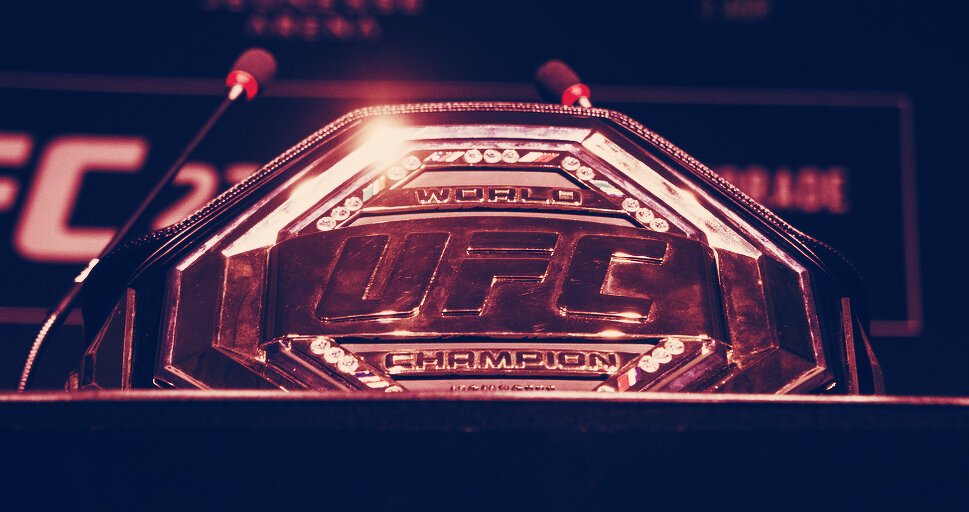 The UFC has filed two patent applications to get on board the NFT bandwagon. The UFC’s heavyweight champion, Francis Ngannou, has already released his own NFTs.

The first is a trademark to launch a UFC-branded cryptocurrency. The application makes room for fungible and non-fungible tokens alike: it encompasses “cryptocurrency services, namely, providing a digital currency, digital token or non-fungible token for use by members of an online community via a global computer network.”

The filings were made with the United States Patent and Trademark Office on April 23.

The UFC and crypto

The UFC may be dipping its toe into the NFT business, but current UFC heavyweight champion Francis Ngannou has already beaten the promotion to it.

Ngannou made more money from the NFTs he released after beating Stipe Miocic for the heavyweight title—$58,000—than what the UFC guaranteed him for the title bout itself.

The UFC’s patent applications may be recent, but the MMA promotion already began working to put its most famous fighters—like Conor McGregor—on the blockchain.

Dapper Labs, the team behind CryptoKitties, began working with the UFC in 2020 to create digital collectibles of its most famous fighters.

The continued merger of sports and NFTs

To date, basketball, football, and baseball—by far America’s most watched sports—have all jumped on the NFT bandwagon.

NBA Top Shot—an online marketplace where users can buy the NBA’s most memorable moments as NFTs—has already become a household name in the wider world of crypto. But that hasn’t stopped individual players or specific franchises from embracing NFTs themselves.

In the NFL world, a rookie trading card of now seven-time Super Bowl champion Tom Brady recently sold for $1.68 million worth of Litecoin. Brady has also launched his own NFT platform with some of the world’s biggest sports and tech companies, including Spotify, Apple and DraftKings.

Rob Gronkowski—Tom Brady’s favorite teammate in New England and Tampa Bay—is also fully on board the NFT train. His NFT collection sold for $1.6 million in March of this year.

Elsewhere in the NFL Carolina Panther Russell Okung and Kansas City Chief Sean Culkin have converted part, or all of their NFL salaries to Bitcoin.

In baseball, Red Sox legend Ted Williams’s daughter has released an NFT collection chronicling the hall of fame career of her father. The auction—which took place earlier this month—saw some of the proceeds go to charity.

Beyond America’s mainstay sports, MMA has surged in popularity during the last decade, and the UFC might be next in line to embrace NFTs.