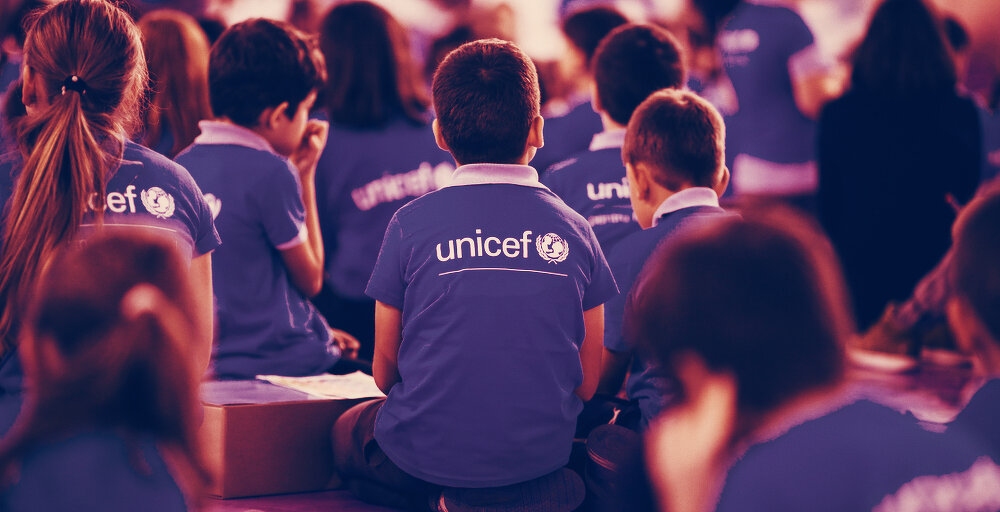 Crypto exchange Huobi will donate $1 million in Bitcoin and fiat money to the UN’s children’s charity, UNICEF. Huobi has already donated 7 BTC to UNICEF’s CryptoFund, with the remainder still to come.

UNICEF, or the United Nations International Children’s Emergency Fund, announced today that it has accepted what it is calling its “first institutional Bitcoin donation” from crypto exchange Huobi. The exchange will donate a total of $1 million between Bitcoin and fiat money.

Huobi Charity Limited has already donated 7 Bitcoin, worth approximately $350,000 at the time of donation but about $412,000 as of this writing, to UNICEF’s CryptoFund. According to a release, Huobi will donate the remainder of its $1 Million gift to the charity’s Innovation Fund over the next three years.

The UNICEF CryptoFund was established in 2019 specifically for the purpose of accepting, holding, and distributing cryptocurrency to fund projects that can benefit children around the world. The CryptoFund is designed to be transparent about the origins and use of its funds, with a website that allows the public to track its comings and goings.

According to the CryptoFund website, UNICEF has previously accepted 2,267 ETH ($4.77 million) and 1 BTC (about $59,000) since launching, with donations from The Ethereum Foundation and crypto game publisher Animoca Brands. Meanwhile, the UNICEF Innovation Fund uses both cryptocurrency and fiat currency to invest in projects based around open-source technologies that can benefit children, such as blockchain tech and virtual and augmented reality.

In June 2020, UNICEF’s CryptoFund announced the investment of 1,000 ETH split equally between eight startups (125 ETH each). The recipients included startups based in Guatemala, India, Turkey, and Cambodia that utilize technologies such as VR-driven exposure therapy, blockchain-based government credentials, and AI-driven educational activities. The eight startups had already been a part of UNICEF’s Innovation Fund and had previously received up to $100,000 each from that initiative.

Game publisher Ubisoft has also raised money for UNICEF via its own blockchain-based game called Rabbids Token. Launched last year, the web game allows users to purchase colorful versions of its silly Rabbids alien characters from past video games—but the “owner” must pay a recurring tax to keep the crypto collectible non-fungible token (NFT). Rabbids Token has raised more than 38 ETH (approximately $80,000) for UNICEF to date.