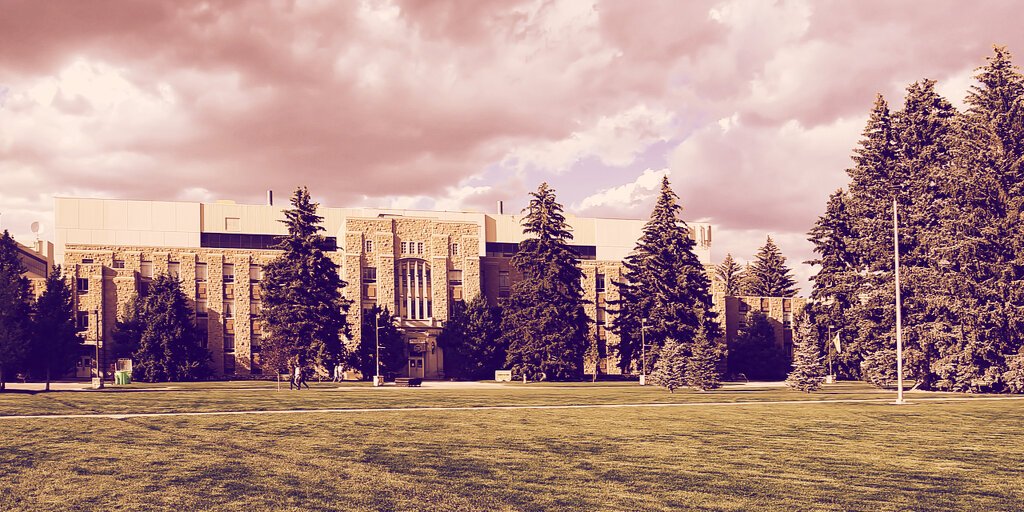 Wyoming has already welcomed crypto banks and blockchain investment. Now, it’s putting some skin in the game itself.

In an appropriations bill signed by the governor this month, Wyoming earmarked $4 million for a cryptocurrency staking program to be run by the University of Wyoming, the state’s lone public four-year university.

“Staking,” which amounts to locking up cryptocurrency so it can be used to validate blockchain transactions and mint new tokens, is a popular way for cryptocurrency holders to put their assets to work and earn some profit. The University of Wyoming Cryptocurrency Staking Program provides a glimpse at possible alternative revenue streams for public universities, which—even before the coronavirus pandemic—were facing budget crunches.

After the state approves the university’s spending plan, UW will have $4 million to spend on operating nodes (computers that are connected to and sustaining the blockchain network) and accumulating cryptocurrency to develop “staking pools”—which let crypto users chip in tokens and begin staking without themselves needing any technical knowhow—in at least three cryptocurrencies.

The revenue generated from the scheme will first go toward paying operating expenses, with up to $4 million in profit going to the university’s Strategic Investments and Projects Account (SIPA), where it can be spent if it receives 2:1 matching funds—in fiat or cryptocurrency—from private entities or from university reserves. Any profit beyond $4 million is earmarked for “blockchain programs and activities at the university and community colleges throughout the state.”

The state has tapped SIPA to fund construction projects, including an expansion of the university’s law school.

To run the crypto staking program, the bill also establishes a “cryptocurrency advisory council” to be co-chaired by the leaders of the state’s select committee on blockchain, financial technology and digital innovation technology. Members include the state’s chief investment officer, three blockchain experts to be appointed by the governor, and a member appointed by the University of Wyoming president.

A staking pool is similar to a mining pool but specific to proof-of-stake (PoS) blockchains, which rely on token holders to lock away their coins to verify transactions. Staking pools refer to when blockchain users combine their resources to validate new blocks, thereby increasing their odds of earning the associated cryptocurrency rewards. Anyone wishing to join a staking pool must lock their coins in a digital wallet, meaning they can’t use the tokens for a set period.

As for which three PoS chains will be chosen, Cardano’s ADA token seems one logical choice. Cardano creators IOHK Las established the Wyoming Advanced Blockchain Lab on campus last year. The lab, with support from faculty, is using $50,000 in funds to create and maintain a Cardano stake pool.

Wyoming has long been ahead of the curve regarding blockchain technology. In 2019, it passed a slew of bills creating a welcoming regulatory framework for cryptocurrency. In 2020, Kraken and Avanti were granted state charters to establish “crypto banks” in the state, allowing them to hold cryptocurrency on customers’ behalf and provide other specialized financial services. And just this month, the Cowboy State explicitly legalized DAO LLCs—corporate decentralized autonomous organizations that use tokens on a blockchain to facilitate decision making.