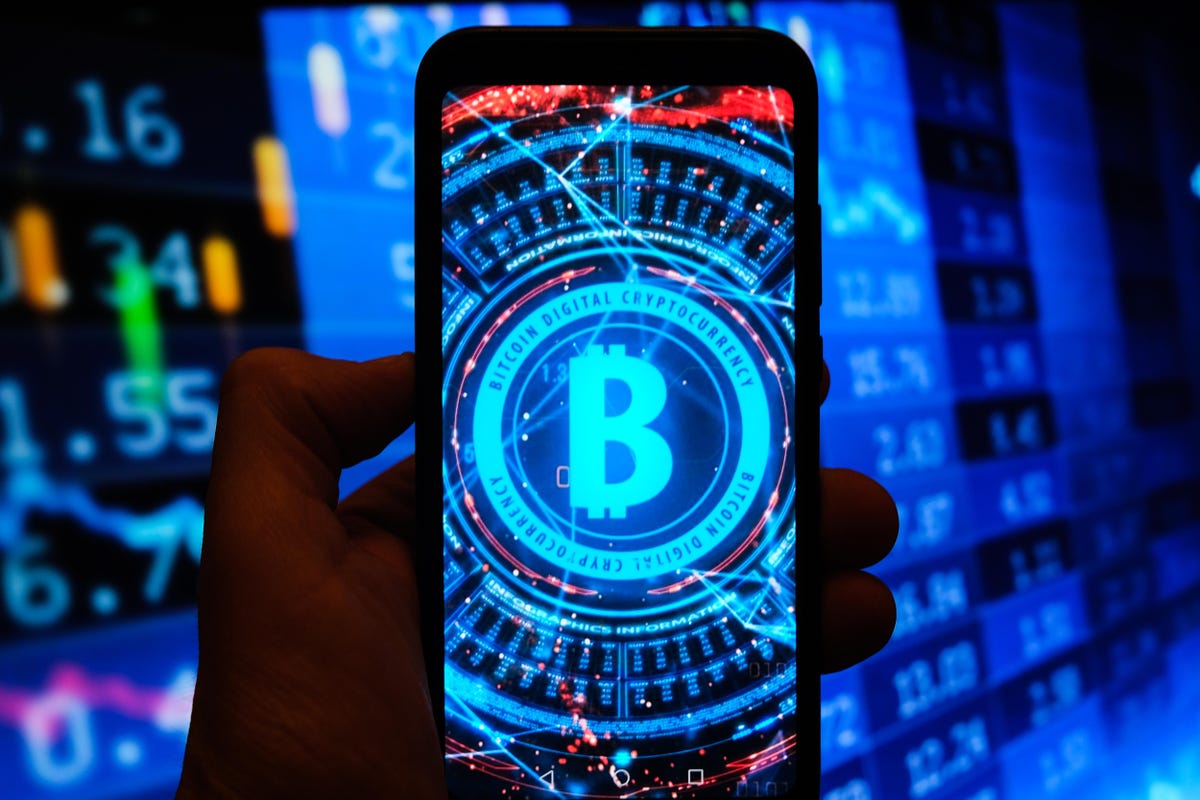 Bitcoin and cryptocurrencies have seen a huge resurgence over the last year following the brutal so-called crypto winter that began in 2018.

The bitcoin price has this year climbed to never-before-seen highs, topping $60,000 per bitcoin before falling back slightly. Other smaller cryptocurrencies have risen at an even faster clip than bitcoin, with many making percentage gains into the thousands.

Now, as bitcoin and cryptocurrencies begin to carve out a place among traditional assets in investor portfolios, technologists have warned that advances in quantum computing could mean the encryption that underpins bitcoin is “fundamentally” undermined as soon as 2026—unless the software is updated.

The bitcoin price has risen many hundreds of percent over the last few years but quantum computing … [+] could spell the end of bitcoin and cryptocurrencies unless urgent action is taken.

“Quantum computers, expected to be operational by around 2026, will easily undermine any blockchain security systems because of their power,” says the founder of quantum encryption company Arqit, David Williams, speaking over the phone. Arqit is gearing up for a September SPAC listing in New York.

“There needs to be rather more urgency,” Williams adds.

Quantum computing, which sees traditional computer “bits” replaced with quantum particles (qubits) that can calculate information at vastly increased speed, has been in development since the 1990s. Researchers at universities around the world are now on the verge of creating a working quantum computer, with search giant Google and scientists from the University of New South Wales in Sydney, Australia, recently making headlines with breakthroughs.

Williams, pointing to problems previously identified by the cofounder of ethereum and creator of cardano, Charles Hoskinson, warns that upgrading to post-quantum algorithms will “dramatically slow blockchains down” and called for blockchain developers to adopt so-called quantum encryption keys.

“Blockchains are effectively fundamentally flawed if they don’t address the oncoming quantum age. The grownups in the room know what’s coming.”

Others have also begun working on getting bitcoin and other blockchains ahead of quantum computing.

“If this isn’t addressed before quantum computers pose a threat, the impact would be massive,” says Duncan Jones, head of quantum cybersecurity at Cambridge Quantum Computing, speaking via email. “Attackers could create fraudulent transactions and steal currency, as well as potentially disrupting blockchain operations.”

“Time is of the essence here,” says Jones, pointing to Google chief executive Sundar Pichai’s prediction that encryption could be broken in as little as five to 10 years. “It’s important for decentralized networks to start this migration process soon because it requires careful planning and execution. However, I’m hopeful the core developers behind these platforms understand the issues and will be addressing them.”

Recently, it’s been reported that China is pulling ahead in the global quantum race, something Williams fears could undermine both traditional and crypto markets to the same degree as the 2008 global financial crisis.

“On day one, the creation of a quantum computer doesn’t break everything,” says Williams. “It will probably initially happen in secret and the information will slowly leak out that the cryptography has been broken. Then there will be a complete loss of confidence, similar to how the global financial crisis saw confidence in the system disintegrate.”

With more than 11,000 different cryptocurrencies now listed on crypto data website CoinMarketCap and competition between bitcoin and other major cryptocurrencies reaching fever pitch, adding protection against the coming quantum revolution could be beneficial.

“If anyone one blockchain company could deliver proof it’s quantum-safe it would have an advantage,” says Williams.