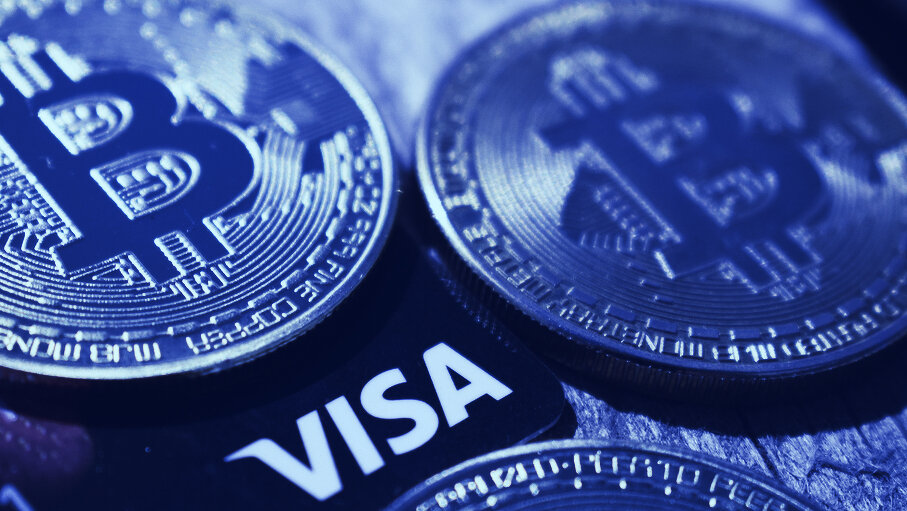 Visa wants to build a universal hub to exchange stablecoins and central bank digital currencies. It’s calling the proposed Layer 2 a “universal payments channel.” The project is still in its early stages.

Credit card giant Visa has bet big on crypto in the last two years, forging relationships with blockchain companies and even buying a CryptoPunk NFT on Ethereum. Now, the company is expanding its crypto ambitions.

Visa announced on Thursday the outlines for what it calls a “universal payments channel” that will facilitate transactions between various stablecoins and central bank digital currencies (CBDCs).

The idea is to create a digital currency equivalent of the existing international payment experience—one that lets you pay for something in another country with a debit or credit card that draws funds from an account in your home country.

That process relies on legacy networks run by banks and credit cards and is based on national currencies, not blockchains. In launching its “universal” payments channel, Visa is trying to replicate that system for the blockchain era. Driving this bet is a belief that stablecoins such as USDC—a digital token backed 1-1 to the U.S. dollar—and CBDCs, like the one issued by China, will become commonplace.

In an interview with Decrypt, Visa product lead for CBDCs Catherine Gu described the new channel as a hub that will interact with trusted digital wallets.

Gu likened Visa’s initiative to the “Layer 2” solutions being developed on Bitcoin and Ethereum—projects that process initial transactions on a separate layer from the underlying blockchain and then use the blockchain to finalize them. Layer 2 processes seek to let users enjoy the transaction speed of a traditional network (blockchains are notoriously slow) while also enjoying the immutable, tamper-proof record of a blockchain.

Gu also stressed that unlike Layer 2 solutions such as the Lightning Network, which is designed to help Bitcoin scale, the universal payments channel’s focus is on interoperability, or making it easy to exchange one currency for another. To facilitate this, Visa plans to rely on a type of smart contract known as a “hashed timelock contract,” which is already widely used in the crypto world and ensures both parties to a transaction do what they say they will do.

For this to work, Visa will have to persuade companies and national governments to devote developer resources to build digital wallets compatible with its proposed universal channel. While  some of these entities might not be inclined to participate—preferring instead to keep users within their own currency network—Visa’s head of crypto Cuy Sheffield told Decrypt that this is unlikely since a given token will lose influence if it’s not part of a broader network.

Visa also noted that its payment channel, which grew out of an academic research lab it runs in Silicon Valley, is very much in the early stage.

“As we continue our applied research, we’re working to translate our ideas into actual lines of code,” Gu wrote in a blog post announcing the project, linking to an Etherscan page with a sample of the smart contract.

Visa’s announcement is timely given that stablecoins and CBDCs are receiving enormous attention from regulators across the world. In the U.S., both the White House and the Federal Reserve are expected to release reports in the coming weeks on the role of stablecoins in the economy.

While the emerging consensus is that governments’ embrace of digital currencies are inevitable, it’s unclear if this will include privately created stablecoins like USDC and Tether, or if countries will follow China’s example and only permit digital currencies run by the state.

The growing influence of stablecoins and CBDCs—an influence reflected by Visa’s proposal to create a hub for them—also raises the question of how decentralized currencies like Bitcoin will fit into governments’ policy calculations.

While some fear that Bitcoin could be sidelined by more “official” forms of digital money, it’s equally likely the various networks will come to intersect. Visa, for instance, says the proposed base layer for its universal payments channel is Ethereum.