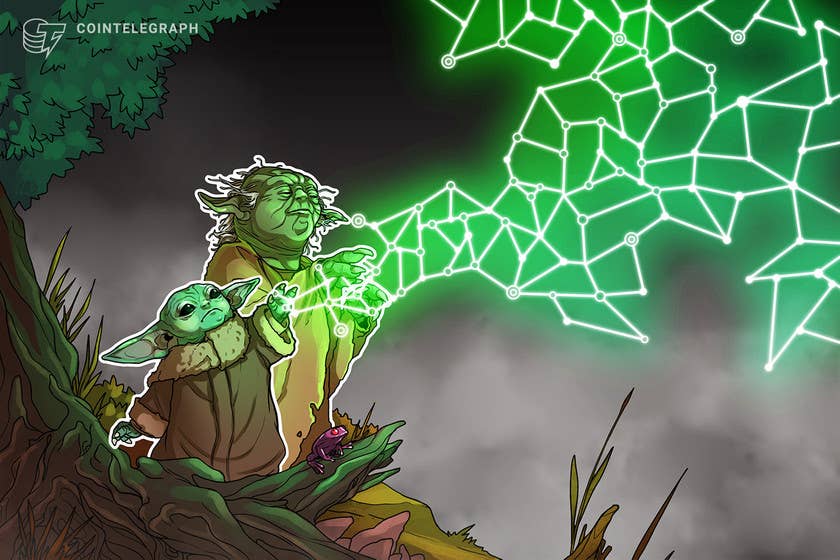 There has been a lot of talk about how blockchain unlocks endless enterprise opportunities. And although all this buzz has not entirely translated to tangible results, the explosion of the decentralized finance and nonfungible token (NFT) markets has laid down markers on what is achievable and how blockchain can truly impact even the most conservative industries.

So unlike two to four years ago, developers, entrepreneurs and businesses are not just blindly joining the bandwagon. It is no longer about what blockchain can do. Now the questions being asked revolve more around how best to utilize the technology for the best results. Therefore, blockchain has slowly evolved from a buzzword to mainstream adoptable technology. If this does not indicate real growth and development, then what does?

Related: Blockchain technology can change the world, and not just via crypto

However, this doesn’t mean that it has been smooth sailing so far. Ever since we began to view blockchain as a viable technology to power mainstream applications, the throughput performances of blockchains, particularly those that have been widely adopted, have come under intense scrutiny. Understandably, scalability remains a yardstick to judge the readiness of blockchain networks to take up enterprise applications.

Using Ethereum as a case study, it is safe to say that many Ethereum users have dealt firsthand with the downsides of unscalable blockchain infrastructure. From my experience, high transaction fees resulting from network congestion are a potential deal-breaker for retail investors. For the average user, there is no way to justify paying as high as $70 as a fee for executing a single transaction that might not even be worth up to $100.

Notably, Ethereum’s inability to scale accordingly has, to an extent, stifled the establishment of the DeFi and NFT sectors, with retail investors and traders interested in executing low-value transactions often forced to watch from the sidelines. Even Vitalik Buterin recently acknowledged the severity of this situation, noting that the current scaling and fee system is unsustainable if the goal is for social network projects powered by NFTs to thrive on the Ethereum network.

And so, the question is: How have blockchain developers responded to this recurring issue?

Is layer one ever enough?

It must be said that Bitcoin and Ethereum are the two most popular blockchains not just because they are the first of their kind but also because they have established themselves as arguably the most decentralized and secure blockchain networks out there. In essence, what they lack in scalability, they make up for in other core blockchain requirements. While this was enough in the early years of their operation, the influx of blockchain applications has certainly put immense pressure on Layer 1 chains to evolve and incorporate scalability-focused infrastructures.

Related: Where does the future of DeFi belong: Ethereum or Bitcoin? Experts answer

So, ordinarily, the obvious choice is for DApp developers and users to opt for scalable focused Layer 1 chains. Expectedly, the list of Layer 1 chain solutions trying to take advantage of the explosion in demand for fast blockchain infrastructures has increased over the years — notable mentions are Binance Smart Chain, Tron and EOS. However, as we have discovered, decentralization is seemingly not the strongest suit of these options. Faced with the blockchain trilemma mentioned earlier, most of the alternatives to Ethereum and Bitcoin have settled for speed over decentralization. Therefore, it becomes a question of preference and what developers are willing to trade-off.

Perhaps a third and more favorable option is to go for layer-two solutions. With this, developers can at least ascertain that they can access all of the bits and pieces necessary for creating optimal blockchain applications.

Are layer-two solutions the immediate answers to blockchain’s trilemma?

The idea is to carry out all of the computation and scalable payment off-chain and intermittently record the final state of such activities on the Layer 1 blockchain. Whether it is optimistic rollups, state channels, plasma or zero-knowledge rollups (zk-rollups), the goal remains the same: Sidestep the apparent limitations of decentralized blockchains.

Already, Polygon (previously called Matic) has achieved a lot of traction as a second layer solution ideal for Ethereum applications looking to enable a scalable platform free from the effect of network congestion. For instance, the Polygon version of SushiSwap, Sushi, recorded a 75% increase in the number of users in the first week of September, according to DappRadar. Barring a recent plunge in the activities on Polygon, which I believe is a momentary setback, users have awakened to the possibilities that layer-two solutions offer, especially when it comes to retail DeFi.

Interestingly, it is not only the DeFi sector that is undergoing this dynamic shift. The NFT market has also begun to migrate to layer two with a particular solution that reportedly saves over $400,000 in gas fees just 24 hours after launch. In July, OpenSea announced that it has integrated with Polygon to enable gas-free trades on its NFT marketplace. Note that Polygon is not the only layer-two solution making waves currently. Other layer-two infrastructures that have made a splash are Celer Network and Arbitrum.

The influx of layer-two adoption has led me to believe that developers have settled for multi-layered blockchain infrastructure as the ideal architecture for creating a top-notch blockchain experience. If this trend continues, which very much seems certain, at least until Ethereum 2.0 comes online, Layer 2 applications will become as valuable as their Layer 1 counterparts. Therefore, joining the Layer 2 party is a reasonable choice for developers looking to improve on existing blockchain infrastructures or build new decentralized apps.

Andrey Sergeenkov is an independent researcher, analyst and writer in the cryptocurrency space. As a firm supporter of blockchain technology and a decentralized world, he believes that the world craves such decentralization in government, society and business. He is the founder of BTC Peers, an independent media outlet.