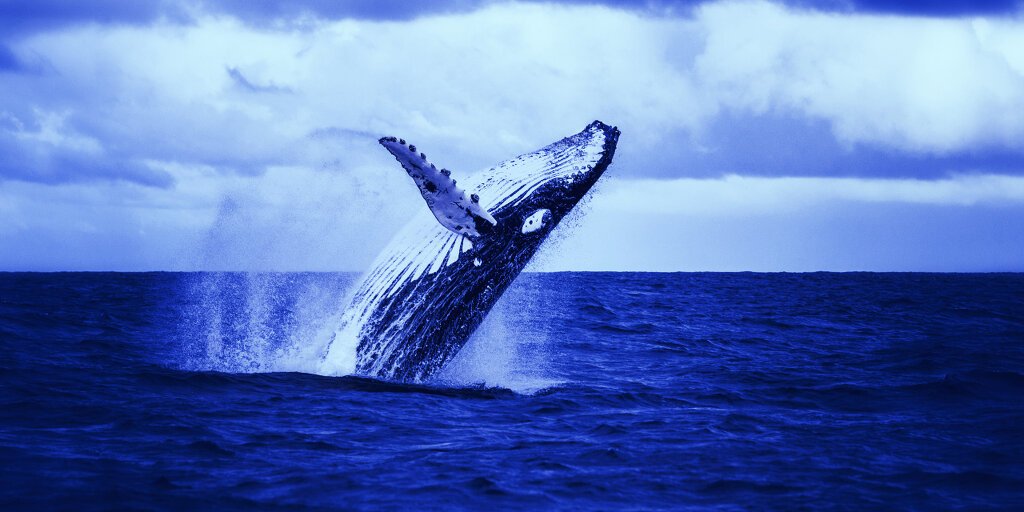 An anonymous whale just transferred over 629,000 ETH. The recipient is Compound, a DeFi company allowing investors to earn interest on crypto.

An anonymous whale just shifted over 629,000 ETH—worth over $1.3 billion at Ethereum’s current price—to the Compound contract, as picked up by  blockchain tracker Whale Alert.

The whale—a term used to denote entities who hold massive amounts of crypto—made the transaction at 07:53 UTC this morning from an unknown wallet.

The recipient wallet is the smart contract for Compound, a decentralized finance (DeFi) protocol that allows traders to earn money on the crypto they save. It’s similar to putting money into an interest-bearing bank account.

But the sender remains a mystery. As the wallet is unlabeled and the Ethereum blockchain is pseudonymous, it’s difficult to tell who that person (or group of people) is.

Gas fees, paid to miners to execute the transactions, are dynamic and operate in an auction-style market. Network congestion and the availability of miners determine the fee quoted at any given time, rather than the value of a transaction.

Stablecoins are widely used on DeFi. DeFi, or decentralized finance, is a loosely-connected panoply of non-custodial financial protocols, most of which are built on Ethereum.

And sometimes the mysterious whales decide to come forward.

When Beeple’s artwork sold to a whale for $69.3 million, the whale later identified himself under the pseudonym “Metakovan”. Crypto journalist Amy Castor later revealed his identity as crypto entrepreneur Vignesh Sundaresan.

Earlier this year, several ancient Bitcoin whales came out of a decade-long hibernation. On February 24, a hundred Bitcoin that remained dormant since June 2010 moved for the first time—to unknown wallets.

Ancient Bitcoin whales spark curiosity because the owners of old wallets are often presumed to know or be in some ways associated with Satoshi Nakatomo, Bitcoin’s mysterious creator.

In the past, their movements also plunged Bitcoin’s price because the value of the tokens had accrued to huge amounts, and any major selloff shocked the market.