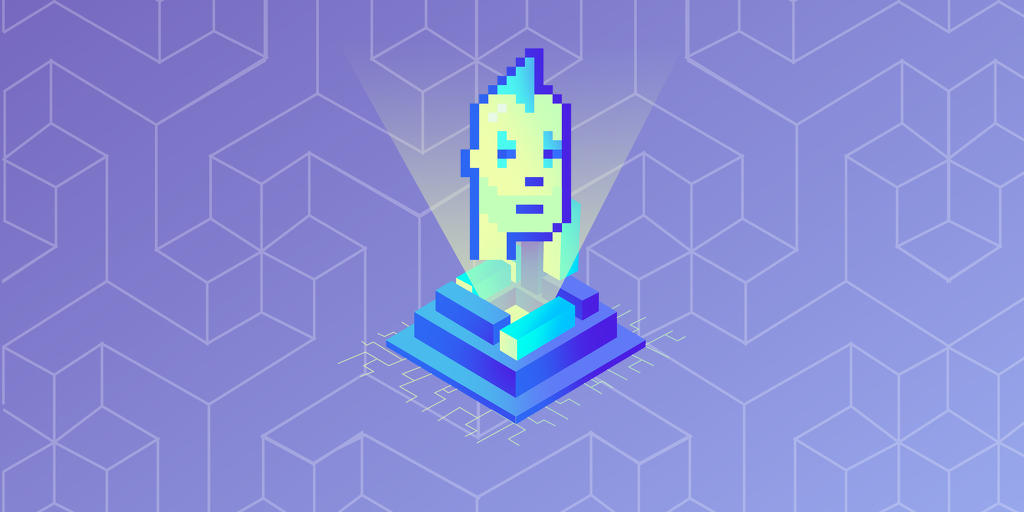 CryptoPunks is an Ethereum-based NFT project from 2017, making it one of the earliest examples of crypto collectibles. Prices skyrocketed as the wider NFT market expanded in 2021, leading to numerous sales in excess of $1 million each.

The market for crypto collectibles released as non-fungible tokens (NFTs) exploded in 2021, with $2.5 billion in transaction volume in the first six months as NFTs entered the mainstream.

The boom has also seen NFT enthusiasts rediscovering some of the earliest non-fungible tokens, propelling the value of these crypto collectibles to hitherto-unknown highs.

One of these early NFT projects is CryptoPunks: a set of randomly generated pixel-based avatars. Some of the rarest, most desirable CryptoPunks have sold for millions of dollars. Seriously!

Here’s what you need to know about one of the most popular NFT collections around.

Created by development studio Larva Labs, CryptoPunks are a series of 10,000 images tokenized as NFTs on the Ethereum blockchain. An NFT is effectively a deed of ownership to a digital item, and in this case, holding a CryptoPunks NFT means that you are the sole owner of a one-of-a-kind pixel avatar.

Each CryptoPunk is randomly generated from a list of dozens of attributes, which means there’s an array of designs: people, zombies, apes, and even aliens. The aliens and zombies are among the most popular avatars that have commanded some of the highest sale prices to date.

Where did CryptoPunks come from?

Believe it or not, CryptoPunks were released for free back in 2017. Ethereum’s ERC-721 non-fungible token standard wasn’t even a thing at that point, and the two-person team at Larva Labs released them as an experiment. Ethereum wallet owners snatched up the 9,000 CryptoPunks that were released to the public, while Larva Labs held onto the rest.

NFT volume gradually rose over the next three years, but it wasn’t until late 2020 and especially early 2021 that demand skyrocketed for these provably scarce digital collectibles. The secondary market value for CryptoPunks shot through the roof, leading to multi-million-dollar NFT sales, auctions at Christie’s and Sotheby’s, and a wealth of CryptoPunks used as Twitter profile pictures.

CryptoPunks have been responsible for more than $870 million in total trading volume, as of August 24, 2021.

What’s so special about them?

One of the biggest drivers of demand for CryptoPunks is that they’re one of the oldest NFT projects around, and the first set of randomly generated profile pictures to really click with the crypto community. They’ve inspired a rising tide of profile picture NFT sets, from Bored Ape Yacht Club to Pudgy Penguins and plenty more, each of which only reinforces the influence and legacy of the source project. CryptoPunks have some high-profile owners, too, such as rapper Jay-Z and influencer and investor Gary Vaynerchuk.

On top of that, there are clear differentiators that make certain CryptoPunks more desirable and valuable to collectors. Alien avatars are the rarest of the randomized images, and as such, alien CryptoPunks are among the most expensive NFTs sold to date. Ape and zombie designs are also in demand. Most of the CryptoPunks just look like humans with varying features and accessories, however, and the plainer-looking ones are close to the market floor in terms of asking price on NFT marketplaces.

How to buy CryptoPunks

While it’s possible to view all of the CryptoPunks on OpenSea, the leading secondary marketplace for NFTs, you can only purchase them through Larva Labs’ website.

You will need to log in with an Ethereum crypto wallet, such as MetaMask, and then you can buy, bid on, and sell CryptoPunks through the official site. Helpfully, Larva Labs has a handy tracker that lets you see all of the listed Punks in order of price, from low to high.

The most expensive CryptoPunk sold to date went for $11.8 million worth of ETH in June 2021 in a Sotheby’s auction to Shalom Meckenzie, the largest shareholder of DraftKings.

What’s next for CryptoPunks? Well, they will likely continue to change hands on secondary markets, potentially generating huge returns for investors who bought in before the surge.

Financial services giant Visa became the unlikely owner of a CryptoPunk in late August 2021, calling the NFT a “historic commerce artifact” and suggesting that “NFTs will play an important role in the future of retail, social media, entertainment, and commerce.” Almost immediately following the announcement, the market for CryptoPunks skyrocketed, with more than $101 million worth of the collection’s NFTs sold on that day alone—a single-day record, as of this writing.

Over the last 60 years, Visa has built a collection of historic commerce artifacts – from early paper credit cards to the zip-zap machine. Today, as we enter a new era of NFT-commerce, Visa welcomes CryptoPunk #7610 to our collection. https://t.co/XoPFfwxUiu

It seems unlikely that Larva Labs will release more CryptoPunks, given that a big part of their appeal is that they are limited in supply and are amongst the oldest NFTs around. Instead, the company has started moving onto other projects, such as 2021’s Meebits—a set of 20,000 3D voxel avatars very much created in the same spirit as CryptoPunks.

That said, there still could be further development around CryptoPunks. For example, in August 2021, Larva Labs announced that it had put all of the artwork for the existing CryptoPunks on-chain on the Ethereum blockchain. It’s a collector-requested move to help ensure the longevity of the NFTs, so that they don’t someday disappear from the web. While it was expensive to put everything on-chain, the move may add to the “durability” of CryptoPunks investments.

We could even end up seeing CryptoPunks on the silver screen, too. Larva Labs has signed with United Talent Agency to represent the firm as it explores bringing its properties to film, television, video games, and more. Can a CryptoPunks cartoon be far off? We’ll have to wait and see.