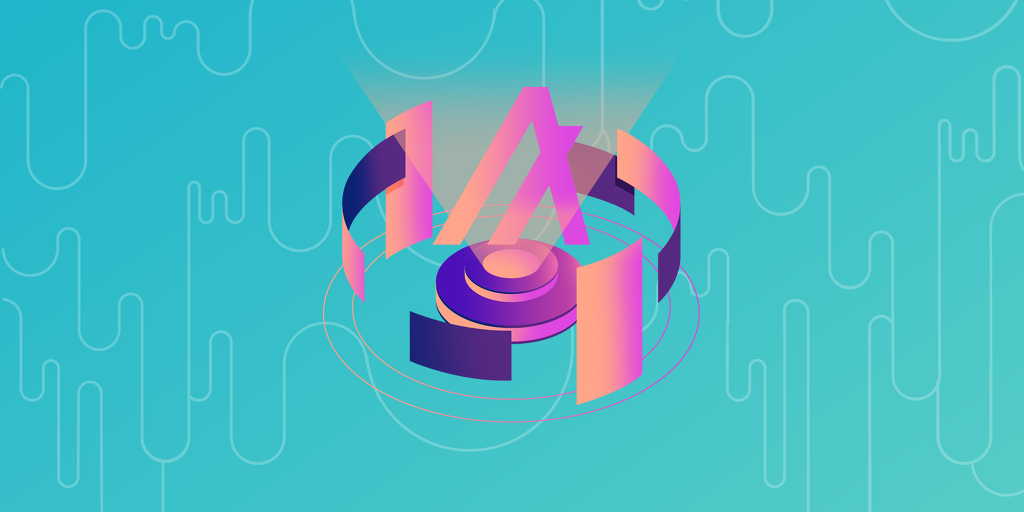 Algorand is a Pure Proof of Stake (PPoS) blockchain designed to facilitate the future of finance. It was designed by Turing Award-winning cryptography expert Silvio Micali and is supported by the works of the Algorand Foundation.

This blockchain trilemma remains a major sticking point for blockchains today—and a number of projects have tried to resolve it. Algorand, a prominent public blockchain platform, represents one of the more ambitious attempts.

Launched in 2019, Algorand is a novel blockchain platform used to create powerful decentralized applications (dapps) and financial primitives that will be used as the backbone of the economy of the future.

The platform is designed to address several of the key challenges facing other competing platforms today, namely: decentralization, scaling, and speed, by providing the infrastructure and tools builders need to create applications and assets that can be used by billions.

It was founded in 2017 by Silvio Micali, an internationally recognized computer scientist and MIT professor, noted for winning the Turing Award in 2012 for his work in the field of cryptography. Today, Algorand is being developed by a multi-disciplinary team largely comprised of researchers, cryptographers, mathematicians, and developers.

How Does Algorand Work?

The Algorand protocol is divided into two layers. Layer 1 is where most of the magic happens. It’s used for running smart contracts, handling atomic swaps (rapid peer-to-peer exchanges of cryptocurrency), and creating new Algorand-based blockchain assets (known as ASAs). Layer 1 is only capable of running relatively basic smart contracts (each known as an ASC1). To stack on additional functionality, Algorand has a second layer, which is capable of running larger, more feature-packed smart contracts—like the kind you’d expect to power modern decentralized finance (DeFi) apps.

Decentralized applications generally provide an intuitive front-end that users can interact with to issue commands to the underlying smart contracts.

The platform is built around a novel proof of stake (PoS) consensus mechanism known as ‘Pure Proof of Stake (PPoS)’. It’s designed to be a fast, equitable consensus system that allows all stakeholders (ALGO token holders) to participate in block production and earn rewards for doing so. Algorand is also backed by a large number of geographically distributed relay nodes, which are used to route blocks to participation nodes (non-relay nodes) and validate signatures; they can also participate in consensus.

Part of Algorand’s special sauce is the way it selects users to participate in its consensus protocol, a process it calls “cryptographic sortition”. The Algorand Protocol randomly and secretly selects block producers from the available pool of nodes using a weighted lottery system, which sees the chance of being selected increase with the amount of ALGO tokens held. These participants change each round and do not know if they have participated in block selection until after the fact. The idea is that it helps to protect the network against collusion and other attacks.

What’s so special about Algorand?

When it comes to blockchains, speed matters—after all, transaction delays and congestion can make for a frustrating experience.

Algorand is designed to overcome this issue by supporting somewhere in the order of 1,000 transactions per second (tps)—including smart contract transactions. Compared to Bitcoin’s 5 tps, or Ethereum’s current rate of 15-30 tps, that’s impressive. However, other blockchains claim to have bettered it; Solana claims to have reached over 50,000 tps, for example, while Ethereum’s own ETH 2.0 upgrade promises to increase its capacity to between 1,000-2000 tps.

Algorand also aims to achieve near-instant transaction finality. This, combined with its high transactions per second rate, makes it well suited to online financial applications that need to support potentially tens of millions of users. Because Algorand cannot be forked, users don’t need to worry about a chain split, and can be sure consensus is maintained even if most of the network is compromised.

Algorand is unusual in the fact that the rewards from each block are distributed proportionally to ALGO holders. This is in stark contrast to many other PoS blockchains, which generally distribute block rewards to validators, who may or may not be required to share these rewards with stakers or delegators. The minimum specifications to operate an Algorand node make participation fairly accessible—some of the main minimum specs include 4-8GB of RAM, a 100GB SSD, and 10 MBit broadband.

The platform is one of a relatively small number of smart contract-capable blockchains that are entirely secured by a proof of stake (PoS) consensus system. This gives it a number of benefits over competing proof of work (PoW)-based systems, including dramatically lower fees and transaction confirmation times.

Algorand is also aiming to compete on energy efficiency with its Pure Proof of Stake consensus mechanism; the company claims that its blockchain is carbon-neutral, generating just two millionths of the CO2 generated by competing platforms. With enterprises paying increasing attention to blockchains’ energy consumption and carbon emissions, this could prove to be an important point of differentiation for Algorand.

Who is building on Algorand?

Today, there are dozens of live products built on Algorand, and many more in development. Some of them include:

🏗️ Reach: A platform that makes building and deploying decentralized applications on Algorand and other blockchains simpler and more accessible.

🎵 Opulous: Bringing music assets to the blockchain by allowing artists to solicit funding for their next project through decentralized finance.

What is the ALGO token?

The native utility token for the Algorand ecosystem is known as ALGO. It’s the gas token used to pay for transactions and smart contract computations, similar to how ether is used on the Ethereum blockchain. But more than this, it’s also used to support the operations of the Algorand network, earning holders a passive income in the form of network rewards. This passive yield currently amounts to around 5-6% APY.

Besides its in-network benefits, the ALGO token is being increasingly woven into DeFi applications being built on Algorand as well as on alternative blockchains through synthetic versions of the token—including Wrapped ALGO (wALGO), an ERC-20 token that can be exchanged 1:1 for ALGO.

Where and how to buy ALGO?

As one of the top 50 cryptocurrencies by market capitalization, there is no shortage of ways to get your hands on ALGO. In total, well over 100 exchange platforms now support the token, including the likes of Binance, Kraken, and Coinbase Pro.

Here, we take a look at how to buy it on Binance, using Tether (USDT) as the payment asset.

Step 1: First you’ll need to create your Binance account and top it up with USDT.

Step 2: Once your USDT is credited, head over to the ALGO/USDT market.

Step 3: Here, you’ll find the ALGO/USDT chart and trading interface. At the bottom, select the spot tab, change the order type to ‘market’ order, and enter the amount of USDT you want to spend on ALGO.

Step 4: Once you are happy with the current rate, click the ‘Buy ALGO’ button. Your order will then be executed at the lowest available price and your ALGO will be deposited to your Binance wallet.

For more control over the price you pay, consider instead using a limit order, as this will allow you to choose your entry point. Your order will be filled if the market reaches your limit price.

In 2019, Algorand 2.0 was released, bringing with it a number of improvements, including Algorand Standard Assets, atomic transfers, and layer 1 smart contracts. But development is still underway, as the team behind the platform looks to add additional functionality and improve on Algorand’s capabilities.

Among the many items on the roadmap, there are plans to improve the performance and scalability of the blockchain through a range of tweaks and upgrades. The platform also recently saw updates to its ASC1 programming language, making it more attractive to developers.

According to a recent update by the project founder, Algorand is on track to grow its block size by 400% from 5,000 to 25,000 transactions, while cutting block finalization time down from 4.5 to 2.5 seconds. The finalized TPS of the platform is set to increase to 46,000 TPS. All of this is slated to occur during 2021.

If it’s successful, Algorand will rank among the most performant blockchains today and will be capable of exceeding the throughput offered by the Visa payment network—widely considered to be the benchmark necessary for supporting mass adoption.