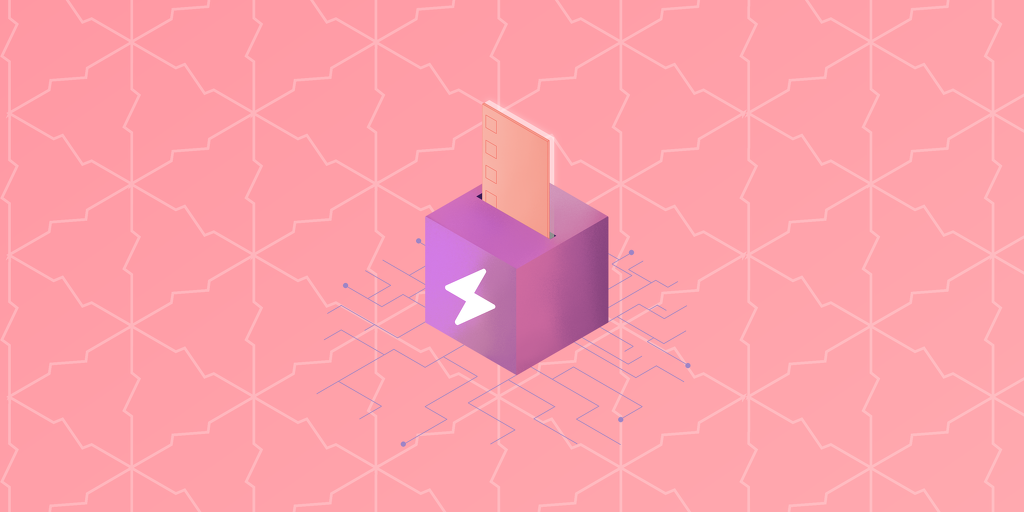 Crypto projects are always exploring new ways to disrupt the world around them—everything from art, to finance, to aerospace to food. Most recently, crypto has been disrupting how communities take part in shaping companies.

In this Learn guide we’re going to be exploring how Snapshot is helping decentralized businesses enable their users to shape which way a project goes next.

Snapshot is a place where projects can create proposals for people to vote on using cryptocurrency. In the industry, this process is called ‘vote signaling’. Traditionally, to vote using cryptocurrency would normally incur fees to process the movement of currency from one wallet to another.

But on Snapshot, that doesn’t happen, thanks to the clever use of the decentralized storage network called IPFS. Because Snapshot doesn’t use ‘on-chain’ verification, any votes are essentially fee-less.

There are more than 1,000 project proposals on Snapshot.

How do you use Snapshot?

For companies looking to use Snapshot, they need to have an existing profile on the Ethereal Naming Service, or ENS. Once they have that, they then add a record on ENS to allow votes to be viewable at that address.

Users, meanwhile, need a wallet address with the required cryptocurrency in order to take part in a poll. On Decrypt’s Snapshot page, for example, users holding one of our NFTs in a wallet like MetaMask would be eligible to vote.

Users simply connect their wallet to Snapshot’s website and it will allow a vote to be cast on any open proposals on the site.

What makes Snapshot so special?

Cryptocurrency projects traditionally have to create the infrastructure themselves to conduct this sort of polling or use other methods that aren’t decentralized. These methods are both time-consuming and can be taken over by parties who may not have the project’s best interests at heart to skew the votes.

Where Snapshot differs is that it allows projects to seek out their most committed members who hold their chosen cryptocurrency and ask them to make decisions. It does this by not sending the transactions to a blockchain.

Instead, it uses the IPFS network (read here to learn more about IPFS) to create and store the votes. This allows Snapshot to use a blockchain to register how people reacted to a poll, without incurring the usual fees.

For the poll creator, those votes are made available via an interface so they can keep track of things as they happen.

A brief history of Snapshot

Snapshot Labs, the creators of Snapshot, emerged from stealth mode in August 2020.

At present, there isn’t a lot of information about who is behind Snapshot, but from various forums, it looks like it emerged from Balancer Labs, the R&D division of automated portfolio manager and trading platform Balancer.

There are a wide range of companies in the decentralized finance (DeFi) space that have taken advantage of Snapshot’s unique polling system. These include Uniswap, Balancer, Yearn, Bancor, The Graph, Aragon, and others.

Oh, and Decrypt uses Snapshot too 🙂

What can you do with Snapshot?

The system is designed to accommodate a wide range of polls or surveys. For example, one project might ask its audience to vote on new features as part of the project’s roadmap.

Uniswap, for example, asked its users if it should allocate funds to create a legal defense pool if the project ever came under regulatory scrutiny. In another poll, it asked users about what it should do with its treasury funds.

The essence of Snapshot is to allow companies aiming for decentralization to be able to poll their users over which direction a project should move in, without the need for pesky middlemen.

The project is still in its infancy, but companies have already created 1,000 individual spaces where communities can come together to vote on proposals put forward.

Snapshot is completely open-source, allowing others to contribute to the project or create alternate versions, meaning it could go in any number of directions.

For now, it’s become popular among DeFi projects looking for a quick, simple way of asking audiences what they think.