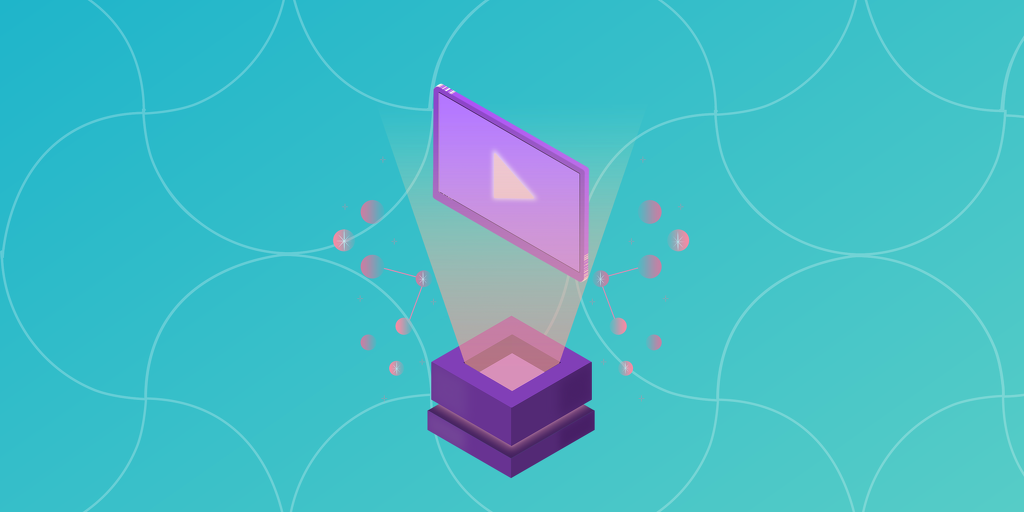 Theta Network aims to provide a decentralized infrastructure for video streaming that’s cheaper than centralized alternatives. Participants in the Theta Network are paid in tokens for sharing video content to other users.

Hosting and sharing video content is a tricky business.

The problem is, if the content is all stored in one place, it can be very slow for people around the world to access it. So video sharing websites will use multiple servers around the world so they can deliver the content much more quickly—known as a content delivery network (CDN).

But it’s expensive to pay for a CDN. These services will typically charge for the amount of data being used, meaning that when a video streaming site becomes popular, its costs will rise.

This is where Theta Network wants to make a difference.

What is Theta Network?

Theta Network is aimed at cutting the costs of operation for video streaming services like YouTube. It works by reducing the load on the content distribution network by putting some of it on Theta’s peer-to-peer network. It’s a little bit like BitTorrent, where people share video content with each other, but it actually pays its users for sharing this content.

Theta Network isn’t trying to replace YouTube or live streaming platform Twitch. Instead, it’s trying to provide new infrastructure for such businesses that’s not only decentralized, but far cheaper.

If you’re trying to watch a video on a video streaming site that uses the Theta Network, you will receive the data in a combination of two ways. Some of the video will be streamed directly from the site’s hosting platform, but you’ll also receive some of it from local peers using the Theta Network.

While Theta Network claims to be cheaper than centralized alternatives, it still has some costs attached—and this is why the Theta tokens are needed.

Those participating in the Theta Network get paid for sharing video content to other users. The video sites themselves pay for this service, not the end-user.

In order to pay for the data being streamed, the network uses a token called TFUEL. When someone shares the video content to someone else who’s trying to watch the video, the streaming site pays them in TFUEL tokens. It’s worth noting that these users don’t stream whole clips but just small amounts of data for each video—so the end-user will receive fragments of video data from multiple users and piece it together themselves.

Theta Network also has a second token, called THETA. This is a governance token that’s designed to help the community manage the Theta blockchain and control its direction in the future. Currently the governance element is in its infancy, but the project plans to hand over more control to THETA holders in the future.

What is the Theta blockchain?

The Theta blockchain is fast and designed for smaller payments. This enables it to provide real-time payments to reward content distributors for their efforts.

It achieves this through a proof-of-stake consensus mechanism, which is based on the Tendermint blockchain code. This mechanism involves users locking up large amounts of THETA in a process known as staking. Then they process blocks; if they process malicious blocks, they might lose some of their staked tokens.

But the blockchain has two levels. First, it has validator nodes. These involve powerful computers processing a large number of transactions quickly. There are fewer of these and they are typically run by companies who are backing the network, such as Samsung and Sony. They are the first line of defense in keeping the network secure. Those running validator nodes have to stake 1 million THETA tokens.

Who is backing Theta Network?

The company behind Theta Network is called Theta Labs. It’s run by CEO Mitch Liu and has its own streaming site, Theta.tv, which pays viewers in TFUEL to watch video content (since they are then sharing that content to other peers). The company has around 25 employees, mostly based in the San Francisco Bay Area—although it’s looking to expand and has recently opened an office in Seoul.

The company has a nominal amount of revenue currently, according to Wes Levitt, head of strategy at Theta Labs. While the Theta TV platform brings in some revenue, it’s nothing relative to the size of the Theta blockchain, he explained. Rather, the company has been relying on funds raised from its investors.

These investors include Samsung and the Sony Innovation Fund, along with a string of VC firms. As noted, many of these investors run validator nodes on the Theta blockchain. Four of these VC firms announced in March that they will be staking $100 million of their Theta tokens—largely acquired in earlier investments when the token was cheaper—in a collaborative validator node.

The company also has advisers from a range of mainstream media companies, including Steve Chen, co-founder of YouTube, Justin Kan, co-founder of Twitch, and Jonathan Wong, director of product at video streaming website Rakuten Viki.

Theta Labs has so far been granted three patents by the United States Patent and Trademark Office related to its video streaming service, Levitt told Decrypt. The patents relate to how the data is streaming utilizing a decentralized network.

How does Theta stop people cheating the system?

One potential issue with Theta Network is the idea that someone could just use two computers and share video through the network to themselves and get paid for doing so. However, there are a few safeguards that aim to prevent this.

For a start, the network doesn’t let someone stream content to the same IP address. This prevents the basic example above. The network also has a few other similar limitations, that can be fine-tuned by the video streaming platform, depending on how strict they want to be.

Another key element is that those sharing the video content don’t get to choose who they’re sharing to. So if they tried to game the system and share content to themselves, they would naturally be sharing content to potentially thousands of other users. As a result, they would actually be doing more good to the network than harm, according to Levitt.

What does the future hold?

In the near term, Theta Network will be upgrading to its Mainnet 2.0. This will upgrade the network and provide a few benefits.

The upgrade will provide more support for edge nodes. These are nodes that download and share video content without the user needing to watch the video. This is for people who want to support the network and earn TFUEL. Levitt estimated that a user could earn around $10-15 a month by running a node full time.

Theta Labs also plans to introduce a non-fungible token (NFT) marketplace. NFTs are unique, digital tokens that represent a piece of digital content, such as art or music. The marketplace will allow Theta TV content creators to issue their own NFTs and use them to interact with their viewing audience.

Levitt noted that most of Theta’s partners in the entertainment space are trying to find ways to enter the nascent NFT market. That is, as long as the ballooning NFT market doesn’t pop.