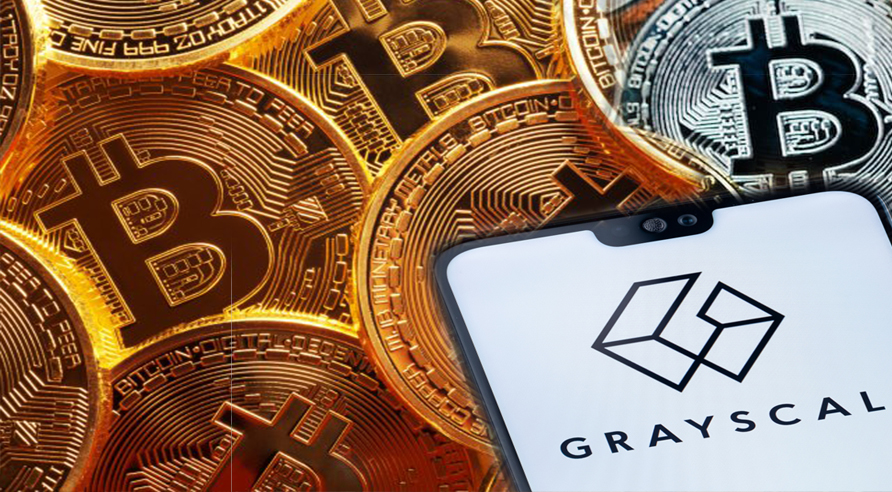 The coming week is going to be crucial for the crypto space and particularly Bitcoin, as Grayscale is going to unlock its Bitcoin Trust, and it will unlock almost 40,000 BTC worth about $1.32 billion. The Grayscale Bitcoin Trust has risen to become the world’s largest crypto-asset fund, with over 650,000 BTC in assets, accounting for almost 3% of Bitcoin’s total supply. However, investors who purchase GBTC shares are subject to a six-month lock-in period before being able to sell them.

This news has been doing the rounds for quite some time now in the last few weeks. Investors are worried about how this is going to affect the price of Bitcoin and the entire crypto space as a whole. July 17 is one of the biggest days of the unlock period. Experts are split on how this event will affect Bitcoin; some are concerned about an approaching sell-off, while others are more concerned with a long-term positive outlook.

JP Morgan Analysts Are Bearish Towards the News

It might be a bearish catalyst, according to JP Morgan analysts, because it allows shareholders to sell their shares. Such a huge amount of BTC being sold off in the market will make the price of the crypto come down due to the supply-demand phenomenon. Celsius Network CEO Alex Mashinsky also foresees that funds looking to capitalize on cost differential in the market (arbitrage opportunities) will short Bitcoin and buy GBTC shares at a steep discount. The net result, according to the CEO of the crypto lending platform, is $5 billion in sell stress, which could push Bitcoin below $30,000.

“Investors now have more incentive to buy GBTC shares rather than BTC, it diverts some of the buying pressure on BTC spot markets. This is bearish.”

JP Morgan is bearish on the GBTC unlock coming up.

Here I’ll go through the inner workings so you can make up your own mind.

There’s 2 impacts, one bullish, one bearish. The key is in how they interact. IMO it’ll be immediately bullish.https://t.co/xcfMbhCBPP

Kraken: Unlock Will Not Have a Direct Impact on BTC

According to a recent report from cryptocurrency exchange Kraken, “market structure suggests that the unlock will not have a material impact on BTC spot markets anytime soon, if at all, as some have claimed.” According to Kraken, the majority of the shares to be unlocked are owned by large institutions that purchased the GBTC shares with BTC to take advantage of the premium-to-net-asset value (NAV) that the shares traded at the time.

Furthermore, these investors are likely to have shorted Bitcoin in futures markets to mitigate the impact of negative price movements in the BTC spot markets.

Shane Ai, who is responsible for product research and development of crypto derivatives at Bybit — a cryptocurrency derivatives exchange, says:

“The upcoming GBTC unlocks are a function of private placements done six months ago, when premiums to spot were closer to 30%. These trades were likely accompanied by a corresponding BTC short leg, and if anything, the unwinding of these BTC shorts would translate into buying pressure. What’s also different today is the absence of new private placements, thereby reducing potential fresh shorting of spot BTC.”

Kraken goes on to say that institutional investors who tried to arbitrage GBTC’s premium could even keep their GBTC shares instead of selling in the secondary market, allowing them to keep their short positions as well. This would imply that the token is not being sold on the open market.

Investors may also sell their GBTC shares to cover their short positions, resulting in net buying of the token. However, the impact on spot prices may not be felt as quickly as the market expects in either case.

Institutional Investors Likely to Buy Back the Coins

Amber Group, a crypto-financial services firm, predicted that institutional investors who borrowed Bitcoin in early 2021 to take advantage of the trust’s hefty premium will now have to buy back coins in spot markets to pay back liabilities.

Lots of bearish chatter around GBTC unlocks whilst conveniently ignoring that in-kind subscriptions funded by debt will ultimately translate into spot buying.

However, due to a double-whammy of increased competition and declining enthusiasm in Bitcoin among institutional investors, GBTC shares have been trading at a discount to net asset value (NAV) since early May.

Before February 23, this year, the price difference between GBTC and BTC’s net asset value was always a positive amount — a premium. On June 6, 2017, this premium reached an all-time high of 122.27%. The premium, however, has been converted into a discount since the end of February, reaching an all-time low of -17.86% on May 16.

“A negative Grayscale Premium is not a sign that institutional interest in Bitcoin is weakening. On the contrary, it likely speaks to greater choice and enhanced market maturity in the cryptocurrency space.”

The cryptocurrency market is known for its unpredictability, so it is hard to predict which way the market will turn. 2021 has already seen an immense bearish trend in the crypto space. Bitcoin appears to be hanging in a bearish manner near the $32,000 level as the greatest unlocking event on July 18 approaches, producing a domino effect on the entire altcoin market. Because the unlock is unlikely to see significant adverse price movement, the price is likely to bounce into higher levels, resulting in a net positive effect for the flagship token.