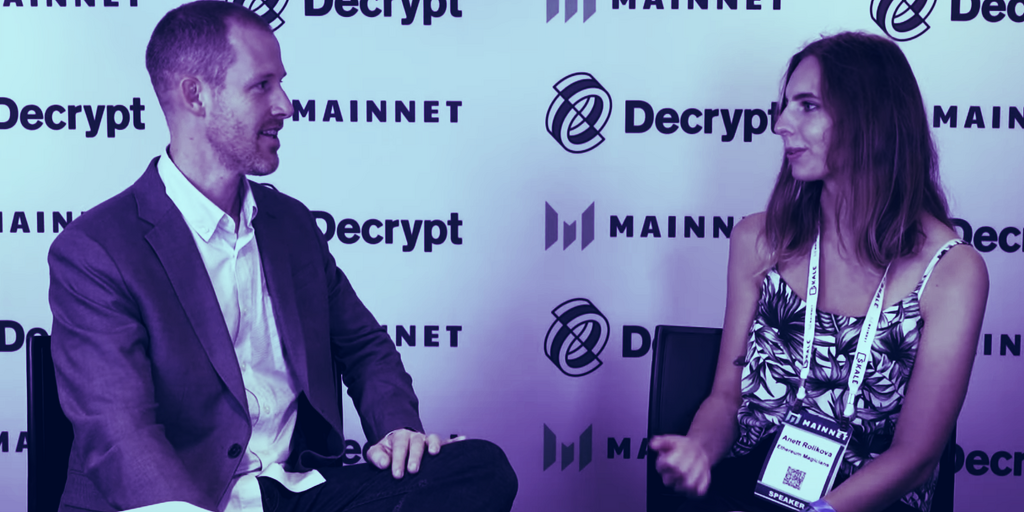 EIP-1559 was an Ethereum protocol change to make transaction fees more transparent. It also introduced deflationary pressure to ETH. The measure remains controversial nearly two months after it was instituted.

EIP-1559, the August Ethereum protocol change to “burn” transaction fees and thereby goose ETH’s value, feels like ancient history by now. But one of the top voices in Ethereum makes the case that it should be revisited.

Anett Rolikova is part of the three-person leadership team of the Fellowship of Ethereum Magicians, which coordinates discussion around changes to the blockchain’s code and technical fixes. She told Decrypt at last week’s Messari Mainnet conference that EIP-1559 has been a disappointment.

“It’s very controversial even for me, kind of an Ethereum core member,” she said, adding later that because of the change “Ethereum became so unusable. I mean it’s usable for people who can afford such high gas fees.”

EIP-1559 was an Ethereum Improvement Proposal to add deflationary pressure to the Ethereum network. Unlike Bitcoin, which has a cap of 21 million coins, Ethereum until recently had no way of curbing endless inflation. EIP-1559 solved that by charging users a flat fee for most transactions (except in cases of high network congestion). That meant no more guessing how much to give the miners who validate transactions. And no more paying fees directly to miners. Instead, that ETH would be destroyed. Now, with each new block that’s created, miners receive a couple of ETH as a reward but a little bit of the currency supply disappears forever.

Toward the beginning of September, EIP-1559 appeared to be a clear success. The price of ETH was up around 50% since the code change went into effect, brushing up against $4,000 for the first time since May. Miners’ revenue was also trending upward—in both ETH and dollar terms—despite their concerns that 1559 would take money out of their pockets.

But with the price of ETH slouching back toward pre-1559 levels, things look less rosy for users, who must still time their transactions to avoid periods of high congestion. (Though it’s impossible to know what would have happened without the change.)

And Rolikova is right about the fees going up. Those behind EIP-1559 said beforehand the reduction of fees would be modest, but fees have instead risen. Although they haven’t hit some of the levels seen during late 2020 and early 2021 when DeFi and then NFT mania hit Ethereum, August and September saw sharp increases.

Rolikova said the shift was hard to forecast, even after deploying economic models. Who could tell, for instance, that the market for Ethereum-based NFT collectibles would show staying power? But, she said, it’s not too late: “I have a very dumb idea which people will not agree with, which is fork Ethereum back to pre-EIP-1559 and just leave it like that.”

The Ethereum Magician is only half-joking, and she knows it won’t really happen. However, it’s the type of conversation she moderates on the Fellowship’s forum—and indicative of the discourse among core devs, who don’t always agree on the path forward.

Mostly, people have moved on. “There are many other EIPs that are trying to get onto the chain” in advance of the next network upgrade in a few months, she said.

Not everyone will agree on which ones are deserving.