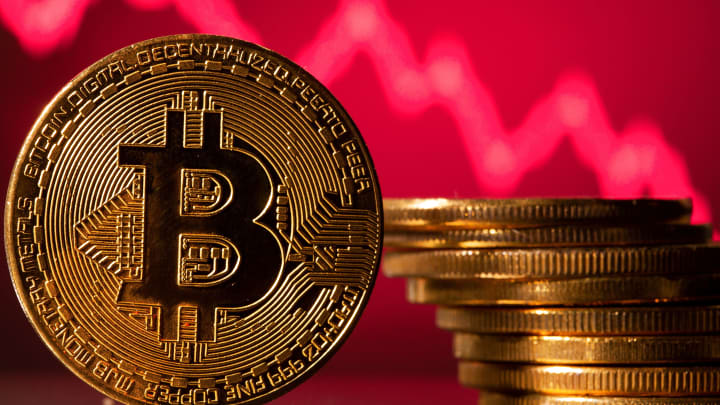 Bitcoin and Ethereum are in the green on high timeframes. The first and second cryptocurrencies by market cap seemed to be recovering well, after months of sustained selling pressure.

BTC’s price lost its first level of support at $49,800 and now sits at risk of returning to the mid-range of its current levels, around $46,000.

BTC moving sideways after it was rejected in the daily chart. Source: BTCUSD Tradingview

This could be positive for Ethereum, as the second cryptocurrency by market cap keeps outperforming Bitcoin. A push too high from BTC’s price could steal ETH shine.

ETH with a bullish momentum in the daily chart. Source: ETHUSD Tradingview

Investment firm QCP Capital made a market update, claiming that Ethereum “started moving to their target” on the ETH/BTC trading pair set at 0.0850, as seen below. This chart seems bullish for Ethereum as it approaches the end of 2021.

At present, the bullish price action in both Ethereum and Bitcoin has occurred without great variations on the funding rates for derivatives. For the ETH/USD, retails investors seem to be in control, QCP Capital claims.

These investors jumped into ETH due to the positive catalyst events on the non-fungible token (NFT) sector, update EIP-1559, and the “constant buying of calls in large blocks”, the firm said. However, things could be about to change for ETH.

The rally could be attracting a fresh wave of speculators and short-term investors, as funding rates started to turn positive after ETH’s price broke above $3,8000. The firm said:

(…) recent push through 3800 we are starting to see some funding pressure as leveraged players join in on the move higher. In spite of the decisive rally, the market remains wary of potential downside risk.

Potential Scenarios For Bitcoin And Ethereum

The investment firm added that there is a chance for Bitcoin reversal sees BTC’s price continues to trade in the $48,000 to $52,000. As long as it fails to break above these levels, there is potential for a reversion.

For Ethereum, the bullish price action could prove unsustainable with an increase in volatility:

ETH front-end risk reversals have flipped violently to the put side. With the speed of this move higher, a sharp mean reversion move would not be too surprising.

A lot of the next price action will be determined possible determined by Bitcoin, its performance, and dominance in the market. In that sense, QCP Capital pointed out that $51,000 will operate as major resistance with a Relative Index Strength (RSI), a momentum indicator, trending to the downside.