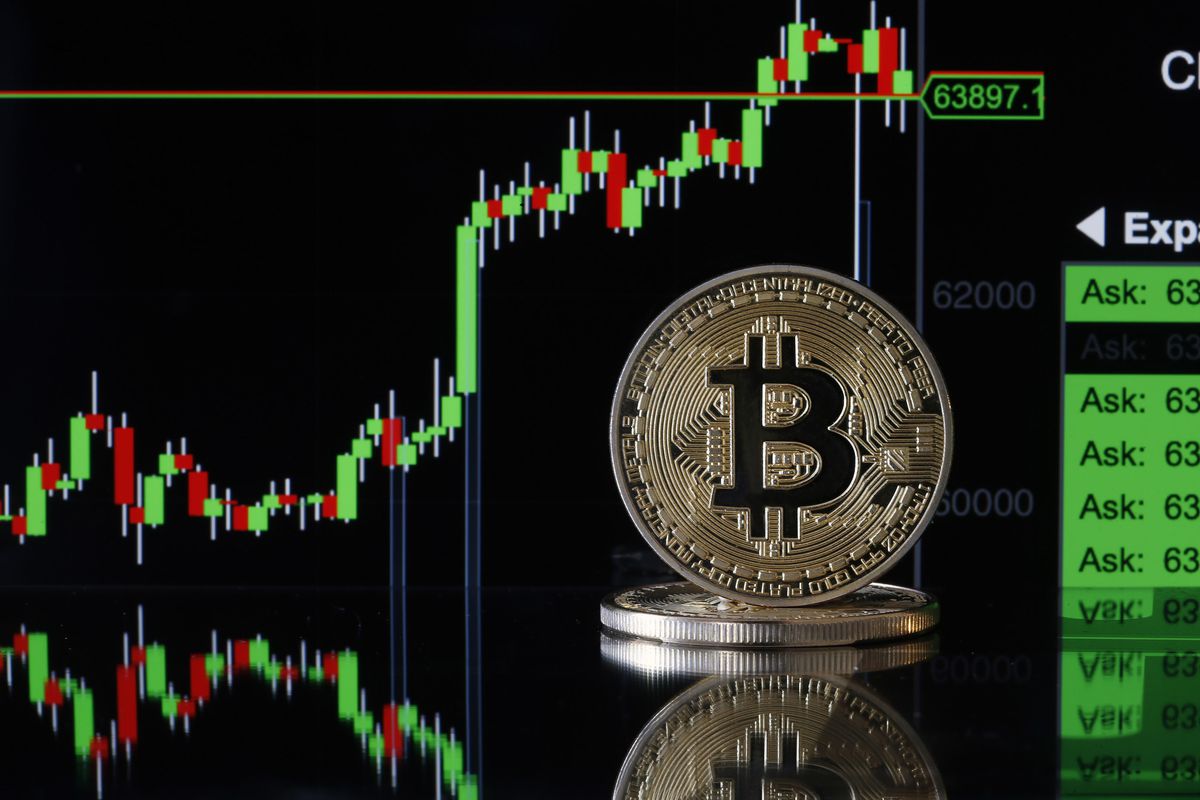 Bitcoin has repeatedly broken fresh ground this year, doubling from its price of just under $30,000 per bitcoin at the start of 2021 to almost $65,000 earlier this month.

The blistering 2021 bitcoin price rally has slowed since late February as bitcoin traders and investors try to call the top of the market.

Now, an expert panel has predicted the bitcoin price will climb to just over $100,000 per bitcoin in 2021—with almost a third of the panelists surveyed forecasting bitcoin could climb past $120,000.

The bitcoin price has already doubled so far this year, climbing from under $30,000 per bitcoin, but … [+] many in the cryptocurrency community think bitcoin’s bull could be just getting started.

The bitcoin price could soar up to $107,484 at some point during 2021, according to the panel average, with the majority of the 35 panelists (58%) identifying institutional investors as driving the price rally, compared to 24% who say it’s retail-driven and 18% by large bitcoin holders known as whales.

“Institutional investment will continue to drive the price up, but $100,000 is a psychological barrier that even institutions will find too high,” said panelist Paul Ennis, assistant professor at University College Dublin, in a statement alongside the findings.

Just over half (51%) of the panel, made up of academics and cryptocurrency industry figures and surveyed by personal finance comparison site Finder, think that bitcoin is still undervalued, while roughly a quarter (24%) say it’s overvalued and the same percentage say it’s fairly priced.

The bitcoin price has soared by around 450% since its latest bull run began in October, sparked by PayPal announcing its support for a handful of cryptocurrencies and further boosted by the emergence of long-awaited institutional adoption. Meanwhile, Tesla billionaire Elon Musk and other high-profile investors have whipped the bitcoin and wider crypto market into a speculative frenzy.

The bitcoin price has soared by over 600% during the last 12 months taking bitcoin to a total market … [+] value of $1 trillion.

“A correction would be healthy for sustained levels of growth and setting up for another bull run, again exceeding the previous one and after a shorter time interval of flat levels,” said Delta.app chief executive Nicholas Van Hoorde in comments issued with the survey.

Meanwhile, a minority of the panelists, including Josh Fraser, the cofounder of decentralized marketplace platform Origin Protocol, expect the bitcoin price to hit $1 million by the end of 2025.

“It’s a simple matter of supply and demand. Demand will only continue to increase while supply diminishes,” Fraser said.