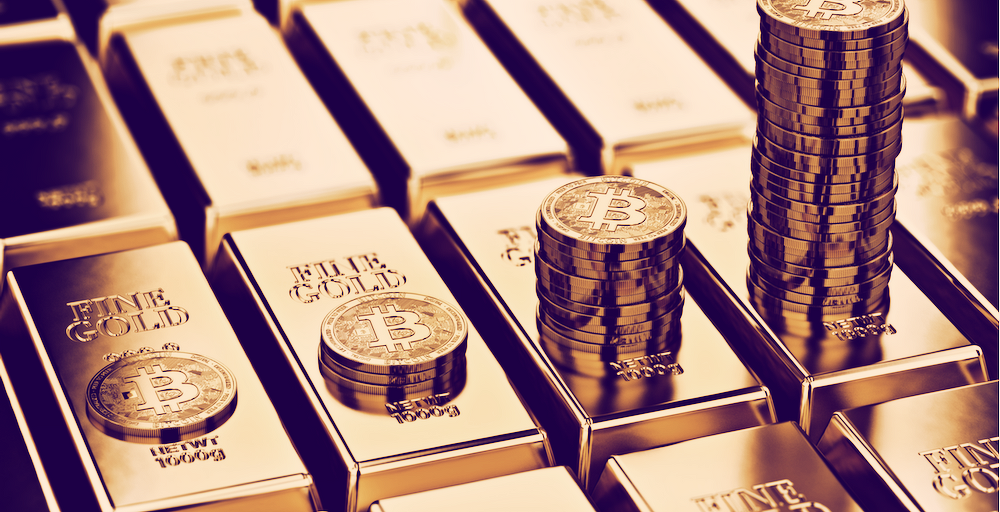 Is it still accurate to call Bitcoin “digital gold” when the real thing is becoming less valuable?

The gold-bitcoin ratio is at an all-time low, meaning that gold’s price relative to BTC is at its lowest point since Bitcoin was created. That’s mostly due to Bitcoin’s ongoing bull run. It now takes 29.63 ounces of gold to buy a single Bitcoin. At the height of the last Bitcoin bull run, in December 2017, the number was 14 ounces.

A store of value is something that can be held on to without depreciating in value. Cars, which depreciate as soon as you drive them off the lot, are bad stores of value. Gold, a precious metal that doesn’t decay, is a classic store of value.

Investors look for currencies, metals or other assets to serve as stores of value particularly at times when inflation is high or other markets (e.g., stocks) are getting pummelled. Dollars, though they are subject to inflation, are solid if not spectacular stores of value in the short term; inflation last year reached an estimated 0.62%.

But Bitcoin is creating much more attractive returns than a fiat currency that promises to only depreciate a little each year. According to data from Nomics, Bitcoin has increased in value by a whopping 80% since the beginning of the year. It’s more than quadrupled in price—up 419%—since February 2020 to its current market price of $52,240, an all-time high.

Mati Greenspan, founder and CEO of investment advisory group Quantum Economics, told Decrypt, “Though both assets have their unique advantages and disadvantages, at this time it’s clear that the market is far more willing to hedge the upcoming period of inflation with bitcoin over gold.”

Of course, given both assets’ historic volatility, the gold-Bitcoin ratio can yo-yo back up. It doesn’t take much searching on the calendar to see that 1 Bitcoin could only buy 3.04 oz of gold on March 12, 2020, as the globe stumbled into a pandemic-induced financial crisis.

Such volatility is almost enough to yearn for the gold standard of the 1920s—when, by law, US dollars could be exchanged for gold at a set price of $20.67 per ounce. Oh, well. A new Bitcoin standard sounds more fun anyway.