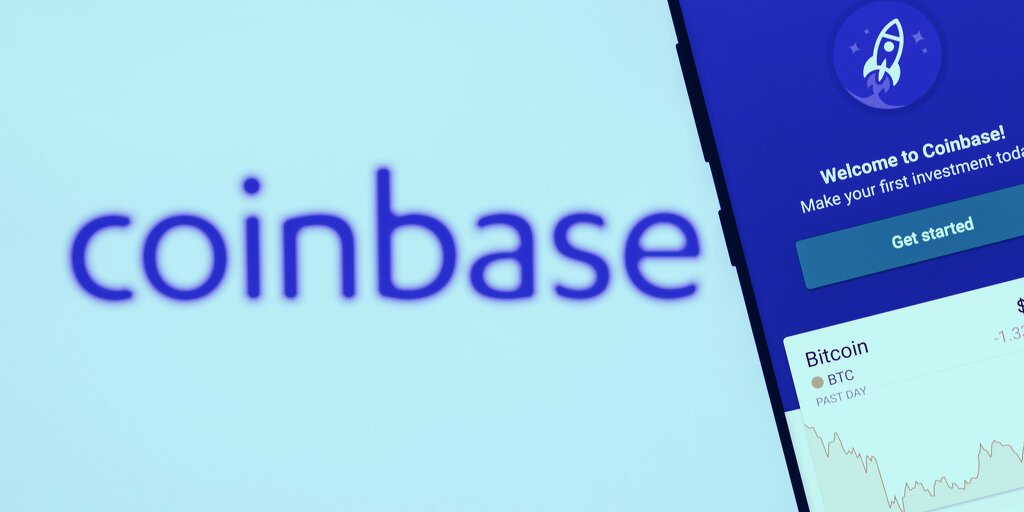 Nathan Tankus is Research Director at the Modern Money Network and writes the newsletter Notes on the Crises. He has also written for the Financial Times, Business Insider, The Guardian, The Appeal, The American Prospect and JSTOR Daily. The views expressed here are his own and do not necessarily represent those of Decrypt.

Editor’s note: A longer, more in-depth version of this piece first ran on Notes on the Crises, a paid newsletter.

Last month, a big controversy blew up when Coinbase CEO Brian Armstrong announced in a tweet that the SEC had threatened to sue the company if it moved forward with its planned Lend product. Less than two weeks later, Coinbase shuttered the product.

The earliest versions of the Lend marketing language on Coinbase’s site are no longer publicly available but can be found using the Wayback Machine. These show that the program was going to work by matching lenders of the USD Coin stablecoin (USDC) with “qualified borrowers.” The lenders could feel safe lending their USDC, because Coinbase would guarantee the principal creditors “lend out.”

It’s unclear whether in this earlier version they literally meant they were going to match borrowers to lenders directly, or simply create a pool out of which they would undertake cryptocurrency-collateralized lending.

In Armstrong’s September 7 tweet, he alleged that the SEC was telling Coinbase the Lend product was a security under federal law “without explaining why.” Let’s take a look at the first page of the Securities Act of 1933:

“The term ‘‘security’’ means any note, stock, treasury stock, security future, security-based swap, bond, debenture, evidence of indebtedness, certificate of interest or participation in any profit-sharing agreement, collateral-trust certificate, preorganization certificate or subscription, transferable share, investment contract, voting-trust certificate, certificate of deposit for a security, fractional undivided interest in oil, gas, or other mineral rights, any put, call, straddle, option, or privilege on any security, certificate of deposit, or group or index of securities (including any interest therein or based on the value thereof), or any put, call, straddle, option, or privilege entered into on a national securities exchange relating to foreign currency, or, in general, any interest or instrument commonly known as a ‘‘security’’, or any certificate of interest or participation in, temporary or interim certificate for, receipt for, guarantee of, or warrant or right to subscribe to or purchase, any of the foregoing.”

From the quote, it is very clear how easy it is to characterize this debt product as a security.

The first version of the Coinbase Lend proposal appeared to suggest that individual participants would get matched with particular “qualified borrowers.” Coinbase would thus merely be a custodian, making sure interest payments were sent to the right customer and administering the program. Coinbase made it sound like it was “you” (the customer) doing the lending, and Coinbase’s only obligation was their “guarantee.” In this version, with direct placement, it is obvious that Coinbase would be facilitating the issuance of unregistered securities by these “qualified borrowers.” The case against this version, from the SEC’s perspective, is pretty open and shut.

But it’s not worth spending all that much time on this version of their Lend language. There are few details in this version, it would be mind-bogglingly difficult to administer, and Coinbase may not even have intended to launch this way. The likelier scenario is that the company was proposing to create a “big pot” where these USDC “deposits” would be placed and Coinbase would lend from.

The current and much more detailed version of the proposal on the website (with a big “Update” at the top saying Lend will not be launched) uses different and clearer language. It explains that you’re lending your crypto to Coinbase and your account with Coinbase earns interest. No direct dealings with crypto borrowers are mentioned here. So how could having an account with Coinbase possibly be a security?

This brings us to the much maligned Howey test. In SEC v. Howey Co., the Supreme Court decided that an investment contract, which is a type of security but not the only type, is defined as:

“[A]n investment contract, for purposes of the Securities Act, means a contract, transaction or scheme whereby a person invests his money in a common enterprise and is led to expect profits solely from the efforts of the promoter or a third party, it being immaterial whether the shares in the enterprise are evidenced by formal certificates or by nominal interests in the physical assets employed in the enterprise.”

Since Coinbase Lend is made up of a pool of USD Coin received from “lenders” which are kept separate from the rest of Coinbase’s assets, they are a “common enterprise” within the meaning of securities law. “Investors” expect that Coinbase (the “promoter or third party”) will lend out of this pool of funds and manage Coinbase Lend. That way, they can get returns far above what conventional savings accounts pay.

It’s easy to think that because what Coinbase says it’s providing is “interest,” Howey doesn’t apply. This is incorrect.

A number of real world investment pools call the return that investors get “interest payments.” What matters is that the return comes from this pool of assets and not the general portfolio of the “sponsoring entity.” If the returns on this pool of assets fell short of the promised interest, Coinbase would cut those “interest rates” in proportion to the investor’s principal investment without incurring any liability of their own. After all, they are a custodian of those funds, and not a general debtor to Coinbase Lend investors.

Furthermore, the test would be useless if such minor changes could escape the scrutiny of securities law. As Howey says, securities law: “embodies a flexible, rather than a static, principle, one that is capable of adaptation to meet the countless and variable schemes devised by those who seek the use of the money of others on the promise of profit.”

So in contrast to the claims of many crypto corporate executives, securities law is not “outdated,” but designed to evolve with the times. Stopping Coinbase Lend is an example of the success of securities law, not its failure. For all the haze of technology, this scheme is legally a pretty conventional investment contract and should be treated as such. The very confusion surrounding what this product was supposed to be is itself evidence of that fact.