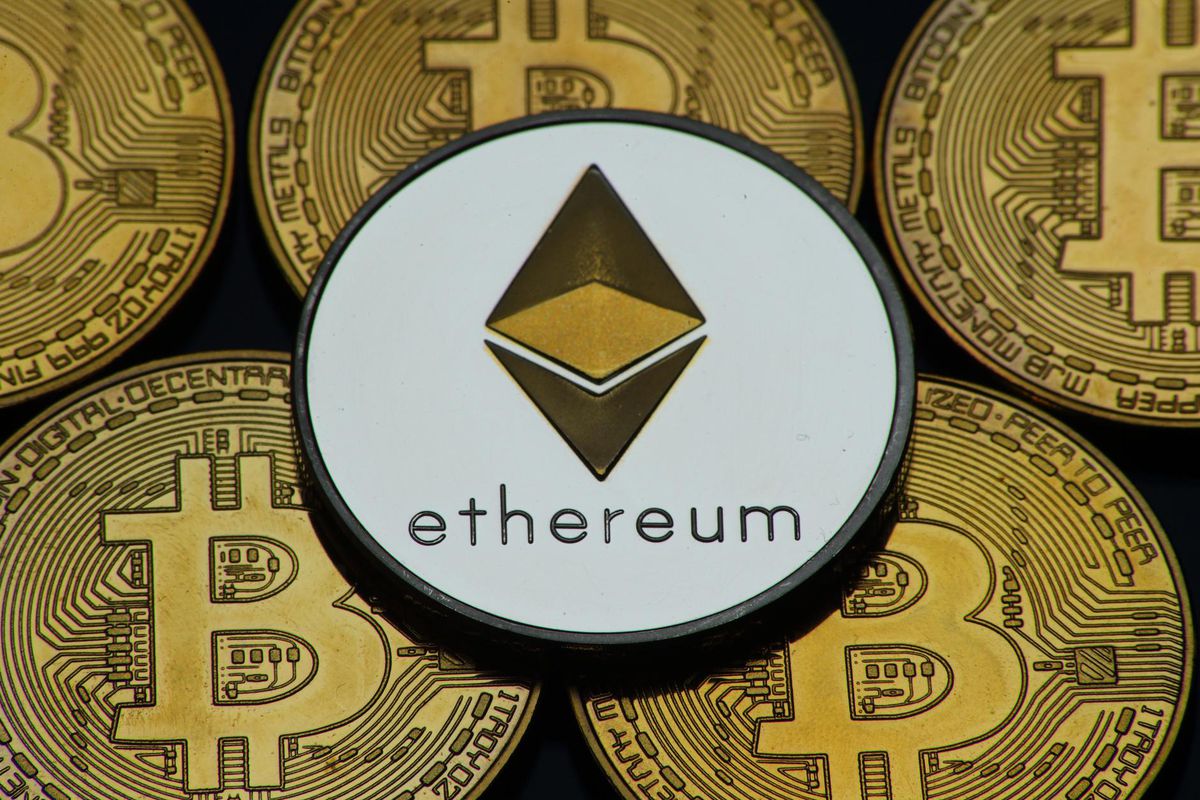 Bitcoin and ethereum have seen their rivalry increase in 2021 as the battle for dominance among cryptocurrencies heats up.

The bitcoin price has soared by almost four-fold over the last 12 months, however, the ethereum price has rocketed 1,000% during the same period—closing the (still sizable) gap between the two biggest cryptocurrencies’ market capitalizations.

Now, as the meme-based dogecoin nips at the heels of the biggest cryptocurrencies, another closely-watched analyst has predicted ethereum could eventually eclipse bitcoin.

Ethereum, the second-largest cryptocurrency after bitcoin, has soared over the last year, with its … [+] price rally far outpacing the bitcoin price.

“Emphasizing the benefits of diversification, notably in an asset class as nascent as cryptos, the trend that appears enduring is ethereum gaining market share versus bitcoin,” Bloomberg senior commodity strategist Mike McGlone wrote in his latest report, pointing to ethereum’s volume as “a leading indicator for advancing ethereum”—now at “the 50% mark versus bitcoin in terms of market cap.”

Ethereum’s 10-day average trading volume has doubled toward 80% of bitcoin’s from the start of 2021, according to McGlone, citing CoinMarketCap data.

“Both [bitcoin and ethereum] have bullish underpinnings, but the foundation and use case of [ethereum] is a strong complement to the more macro store-of-value attributes of [bitcoin],” wrote McGlone.

Ethereum has soared over the last year as the popularity of decentralized finance (DeFi)—using cryptocurrency technology to recreate traditional bank products such as loans and insurance and built on top of ethereum’s blockchain—has surged. Meanwhile, the runaway NFT (non-fungible token) craze that allows all manner of memes, digital artwork, tweets and YouTube videos to be sold via ethereum’s blockchain has further boosted the ethereum price.

Elsewhere, investors have continued to pump money into ethereum investment products, such as the popular Grayscale Ethereum Trust, this week. Such investment vehicles allow exposure to ethereum in the form of a security while avoiding the challenges of buying it directly.

MORE FROM FORBESCrypto Price Crash: Is This The Real Reason Behind The ‘Brutal’ Bitcoin, Ethereum, Binance BNB And Cardano Sell-Off?By Billy Bambrough

The report points to volume as a leading indicator for advancing ethereum, which has attained the … [+] 50% mark versus bitcoin in terms of market capitalization.

While bitcoin is almost unchallenged as an emerging store of value and form of digital gold, McGlone warns that a slew of ethereum rivals that are out to win market share face an uphill battle against a well entrenched incumbant.

“Ethereum faces competition from other crypto-asset and smart-contract platforms, but the number two crypto has won the adoption race as the go-to for digitalization of money and finance,” wrote McGlone.

This week, reports emerged ethereum challenger solana, a blockchain supported by bitcoin and crypto exchange FTX, could be raising as much $300 million and $450 million to further its ambitions.