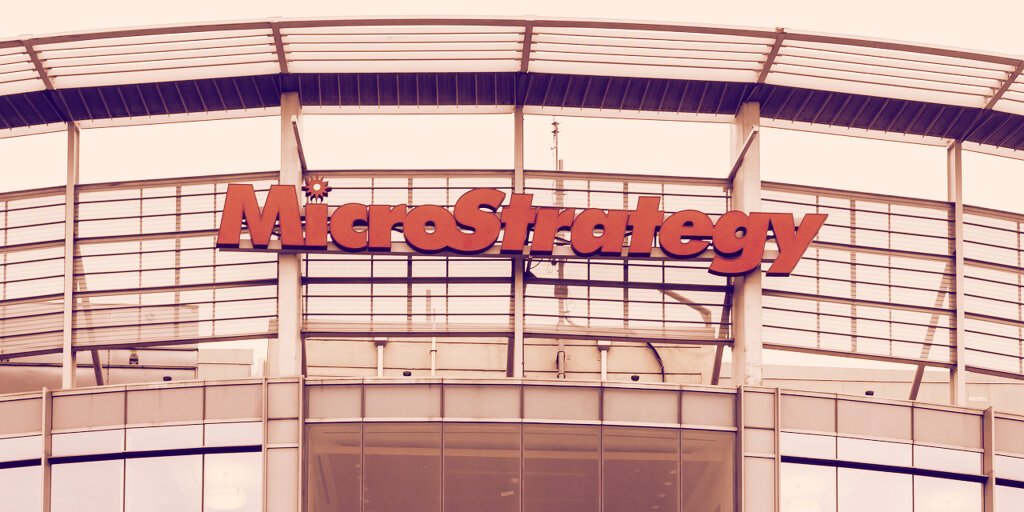 Cloud software company MicroStrategy announced today that it intends to buy an additional $400 million in Bitcoin to add to the 92,079 BTC ($3.3 billion) it already holds in its treasury. It also announced those Bitcoins will be held under a new subsidiary called MacroStrategy.

$400 million would allow the firm to buy another 11,215 at the current price. To raise the money for the purchase, MicroStrategy is returning to its bag of tricks and selling bonds. Bonds are debt people can buy, with the promise of receiving back their principal and interest. In this case, institutions can purchase debt in MicroStrategy, which the company will then use to buy more Bitcoin, which it believes will increase in value (or at least hold its value better than dollars).

In this sale, MicroStrategy is issuing senior secured notes that will mature in 2028. In previous bond sales, MicroStrategy sold convertible senior notes. The basic difference is that convertible notes have an option to convert them into MSTR shares.

But if market data is any indication, investors may have soured on the firm’s aggressive pursuit of Bitcoin, which has left it with little cash on hand. As Bloomberg notes: “The private placement is $23 million higher than the company’s entire operating cash flow since 2016.” MicroStrategy, ostensibly a cloud software and analytics company, has basically become a publicly traded Bitcoin fund.

The company’s stock dipped 3% today on the news, settling at just below $470. Its existing bonds took even larger hits on bond markets, declining in value by 9%. The $900 million in convertible bonds it sold in February at $101.25 are now down to $66.62, according to data from Morningstar.

Bloomberg describes the corporate debt being issued for the latest Bitcoin buy as “junk bonds,” meaning they’re at a higher risk of defaulting.

As if to underline the point that it’s playing a high-risk game with a volatile asset, MicroStrategy posted SEC filings on its website today indicating that the company was taking an impairment loss of $284.5 million “based on the fluctuations in market price of bitcoin during the second quarter of 2021.” Its total impairments are up to $500 million, per Bloomberg. An impairment loss reduces the value of an asset on a company balance sheet to the lowest price that quarter, meaning MicroStrategy is now officially valued at less than it was last week.

The price of Bitcoin has plummeted from its all-time high of $63,501 on April 12 to roughly $35,600 today. While some of the impairment loss is due to arcane accounting rules, it’s also obvious that MicroStrategy’s Bitcoin bet is no longer as profitable as it once looked.

That said, on paper, it has paid off. According to MicroStrategy, it has purchased its Bitcoin at an average price of $24,450 per BTC. Even with Bitcoin’s humdrum spring, MicroStrategy has made back over $1 billion in unrealized gains (before considering the tax implications).

But MicroStrategy CEO Michael Saylor isn’t about to sell, the way Tesla sold some of its $1.5 billion Bitcoin investment earlier this year in an effort, Elon Musk said, to prove Bitcoin’s liquidity. Saylor has repeatedly made that clear, and made it clear again when he appeared on stage at the Bitcoin 2021 conference in Miami last weekend and hugged Bitcoin podcaster Max Keiser after Keiser screamed, “We’re not selling! Fuck Elon!”

The publicly traded company already has an estimated 72% of its treasury in Bitcoin, making its stock the closest thing to a Bitcoin ETF on the U.S. market. With this additional purchase, it will further tie its fortunes to Bitcoin’s. Expect more purchases to come.