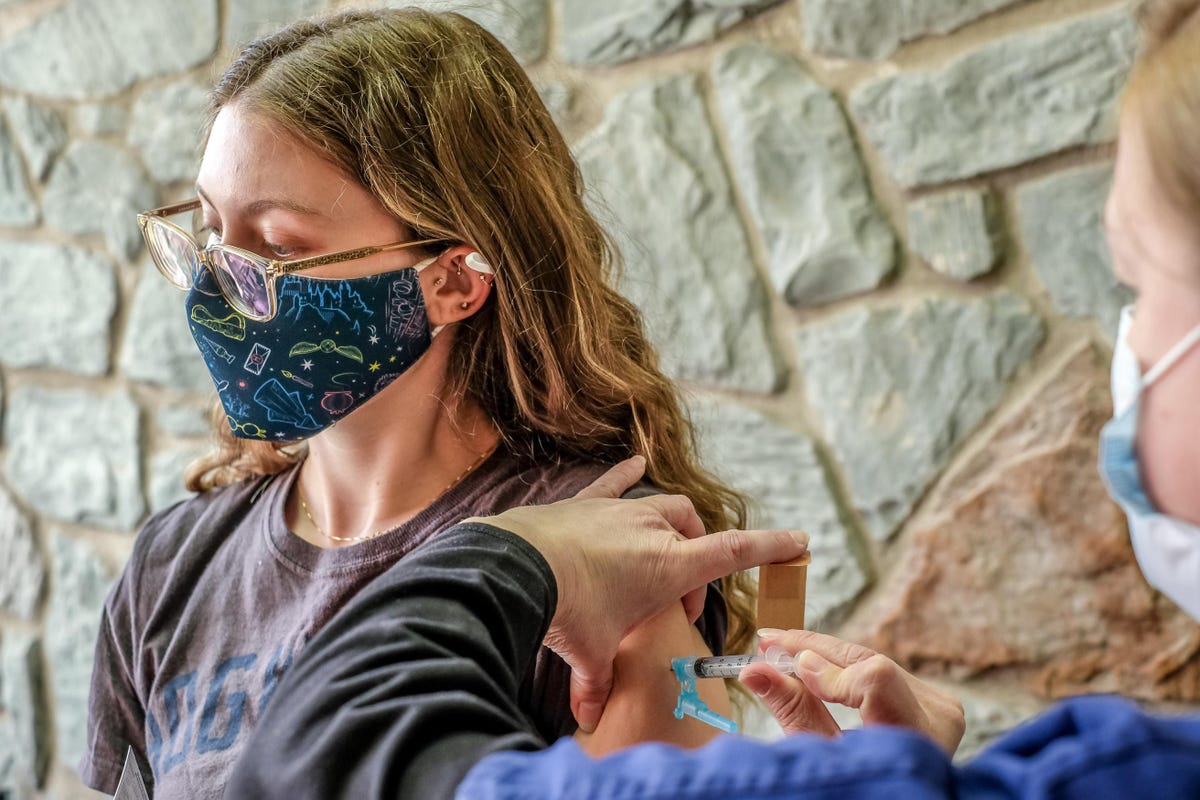 A week and a half after receiving the first dose of her Moderna vaccine, Kate Clancy, a professor of anthropology at the University of Illinois, took to Twitter to share her experience with an unusually heavy menstrual cycle post-vaccination. Her thread quickly caught fire, generating nearly 2,000 likes and hundreds of replies from women sharing similar stories.

Grievances included unusually heavy bleeding, long bleeding, or even bleeding among post-menopausal women post-vaccination. Since then, spinoff conversations have cropped up across the web from Reddit pages to Twitter posts. As time went on, the discussion soon morphed from women sharing lived experiences to misinformation incubators spreading unfounded fears that Covid vaccines cause infertility.

“I had Pfizer then before my period I had the most horrifically low mood. I found myself sobbing and unexplainably angry. I don’t normally get PMS that bad so it really scared me. Also found this period was a lot longer and more painful than normal,” one woman wrote on Reddit.

Another shared in a thread titled “Vaccine Anxiety” theories about infertility and vaccine shedding, a widely circulated and false narrative that the Covid-19 vaccine can spread and affect people who have not been vaccinated. “I wish I could find the source, but a study found that the mRNA was being sequestered to the pancreas, testes, ovaries and the bone marrow. So infertility is on the table,” they wrote.

Despite there being no evidence of a link between Covid vaccines and infertility, experts have grown concerned that misinformation on the topic could lead to women refusing to take the vaccine. This is especially concerning as cases begin to rise in unvaccinated areas, often fueled by younger people who’ve been less likely to get the vaccine.

“There is no major cautionary statement from any academic body — call it the American Society for Reproductive Medicine, the American College of Obstetrics and Gynecology, the Endocrine Society, the American Medical Association — no one has been able to say that there are any untoward outcomes on anyone’s reproductive potential or reproductive future as a result of receiving the Covid-19 vaccine or the sequence of vaccines,” says Dr. Brian Levine, founding partner and practice director of CCRM New York, a reproductive health clinic.

Despite assurances that the vaccine does not impact fertility or present any danger to pregnant women or their babies, social media conversations have sparked vaccine hesitancy among mothers and pregnant women. As of May 8, 2021 only 16.3% of pregnant women had received at least one dose of the vaccine compared to the 54.4% of the total population, according to CDC data. Meanwhile, 27% of mothers are resistant to vaccinating their children, compared to only 11% of fathers. Dr. Levine emphasized that the risk of Covid-19 to a pregnant woman and her baby is far greater than any risks from the vaccine. For example, moderate to severe forms of Covid-19 are known to cause respiratory distress, which can mean lower oxygenation of the blood and can impact the amount of air that gets to a fetus. If air to the fetus is restricted, it can negatively impact the health of the pregnancy.

This isn’t the first time vaccines have sparked fertility concerns for women. Similar rumors swirled around the HPV vaccine and even the polio vaccine, despite no evidence that the vaccines would cause infertility. Influenza vaccination rates among pregnant women are also lower than the general population, regardless of ample evidence it is safe for them to receive. The circulation of the infertility fear in connection with the Covid-19 vaccine is especially virulent, says Dr. Sabra Klein, a researcher who specializes in the different immune responses to viral infection and vaccination between sexes at Johns Hopkins University.

The persistence of infertility fears in connection with the Covid-19 vaccine may stem from women’s real experiences with unusual bleeding patterns. According to Dr. Klein, women may experience heavy bleeding post-vaccination, but a disrupted menstrual cycle is not the same thing as causing long-term fertility issues. She adds that the immune research she has done to date leads her to believe that any hormonal response brought on through the vaccine’s intended immune response would in all likelihood be temporary.

“There are these bidirectional interactions, our hormones can affect the functioning of our immune system, but the activation of our immune system can feedback and signal to our brain that something is going on that can lead to disruption of hormones,” Dr. Klein says.

Dr. Klein noted that no research has been done yet to confirm that the vaccine causes a hormonal response, but there may be soon. In May, the National Institute of Health issued a call for research proposals to look into potential relationships between the Covid-19 vaccine and menstruation.

While Dr.Klein is looking forward to further research into Covid-19 vaccine effects on women, she emphasizes that in the meantime everyone should be making vaccination appointments.

“All of us want to see vaccinations in arms,” she says. “But I am of the belief that not acknowledging that certain phenomena exist — sometimes we learn what to study from advocacy, from anecdotal observations — and I think ignoring that is a lost opportunity.”