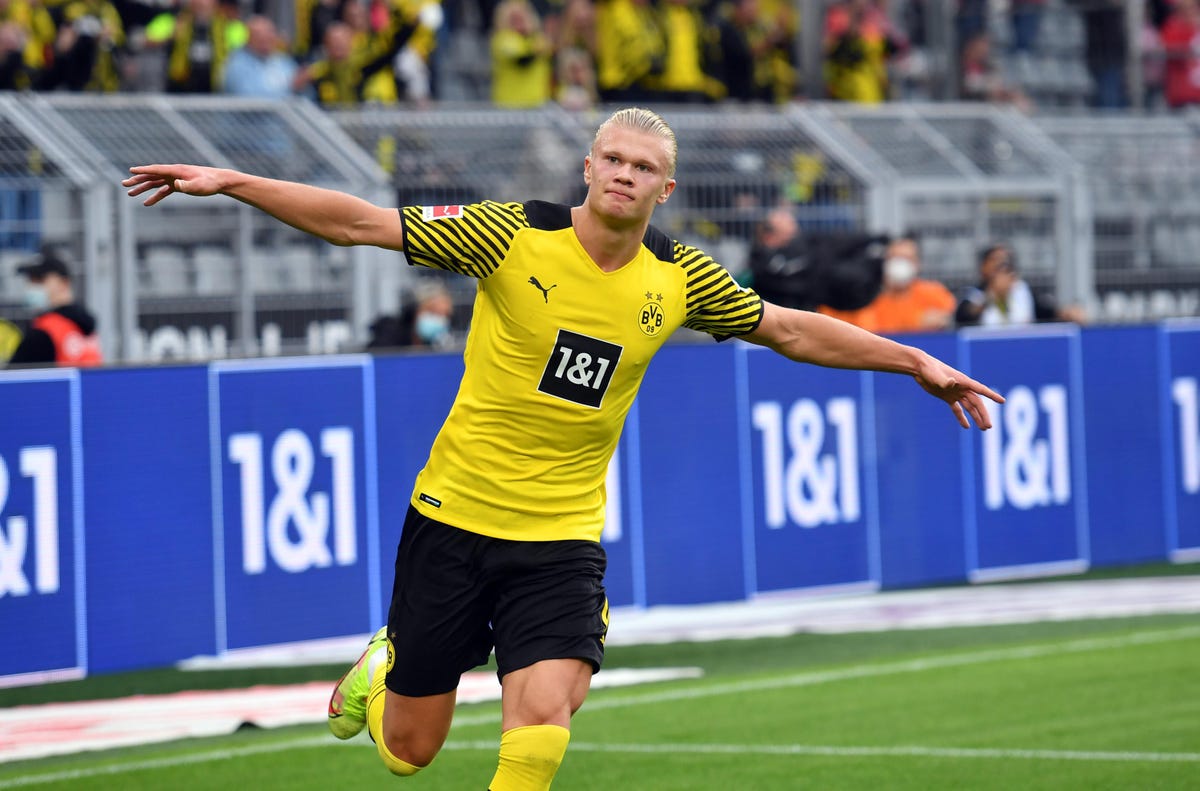 “The potential for NFTs in sports is vast and we are seeing a lot of interest from clubs and leagues across the world. We plan to partner with every one of the world’s top 20 football leagues by the end of 2022,” Sorare’s co-founder Nicolas Julia told me.

The global fantasy sports market is expected to reach $22.31 billion in 2021 at a compound annual growth rate (CAGR) of 9.5%, according to an industry report released by The Business Research Company, a media market intelligence firm.

Fuelled by increased access to affordable smartphones and high speed broadband worldwide, as well as the global spread of sports TV streaming services, the fantasy sports market is expected to reach $38.60 billion by 2025 at a CAGR of 14.7%.

In fantasy sports, users select real-life athletes for their fictional teams. They earn points when their players do well in real-life games. For example, if you “own” Steph Curry in your office’s Fantasy NBA league, and he scores seven three-pointers against the Lakers, you’re going to win plenty of points, money, and street cred in your company’s Slack channel. If you live in Europe, your colleagues’ equivalent might be Fantasy Premier League, where you open the free mobile app and draft players like Manchester United’s Cristiano Ronaldo or Chelsea’s Christian Pulisic.

But whereas DraftKings is listed on NASDAQ and Flutter Entertainment is among the London Stock Exchange’s FTSE 100, Sorare remains rarely known by sports fans and stock market hobbyists. Unlike many popular fantasy sports and betting outlets, Sorare is not owned by a media conglomerate like Disney or NBC Universal, an early Internet company like Yahoo, or a global sports competition like England’s Premier League.

Rather, it’s a blockchain game built on Ethereum, where users can purchase player cards that double as NFTs, thus granting them ownership and the potential to “flip” the card for profit later.

As such, Sorare is not only in the lucrative fantasy sports and crypto games spaces, but also in sports memorabilia trading. What that intersection could mean for collectors, fans, investors and media rights holders became evident in February 2021 when an NFT video on the Ehtereum blockchain of LeBron James dunking sold for of $208,000.

Put in plain English, it’s the same thing as when you traded Pokemon, baseball or Panini soccer World Cup cards on your grade school playground. Except that on Sorare, you buy Lionel Messi’s card with tEther cryptocurrency or your credit card, rather than your lunch money.

Once purchased, that collectible player card of the Argentine playmaker will not only earn you points when Messi scores in Ligue 1 or in the Champions League. It is also a tradable NFT — a digital artwork, if you like — that will rise in value when the real-life Messi performs well or when more users sign up for Sorare and drive player prices up. The supply of cards per player is limited within the game, and cards come in 5 different tiers of rarity, ranging from “Common” to “Limited” (1 of 1,000 cards), “Rare” to “Unique” (1 of 1).

Although Sorare did not want to enclose the length of the Bundesliga deal, exclusively sharing that the relationship would be “long term,” Bundesliga International said in a public statement Wednesday evening that the license would run until the end of the 2022/23 season, thus making it a 3-year deal.

The announcement may come as a shock for Sorare’s rival Topps, who also function in the sports NFT collectible space. Topps had released a set of Bundesliga player cards from the 2020/21 season, which includes since departed players like Josh Sargent (from Werder Bremen to Norwich), Leon Bailey (Bayer Leverkusen to Aston Villa) and Jadon Sancho (Dortmund to Manchester United). Topps’ Bundesliga product runs on Cardano (ADA), one of Ethereum’s main rival crypto infrastructures. Users can pay using Cardano or their credit card.

Topps’ collection includes so-called “Bundesliga moments,” short videos of famous scenes like a goal by Bayern’s Robert Lewandowski. They’re reminiscent of the wildly successful NBA Topshots, and on Topps, these moments are tradable at costs more than 10x the value of rare players cards. Sorare announced yesterday that it will also move into video NFTs starting in 2022.

So far, Sorare has license agreements with 200 professional soccer clubs across the world, including Paris Saint-Germain (Messi’s employer), Juventus, Liverpool, and all clubs in Spain’s LaLiga, the Japanese J-League or the Netherlands’ Eredivisie.

If you want the two World Cup winners too, though,  your cheapest option would be to pay the Sorare user TravelingPizza $2,720 for his rare card of the French striker, number 55 of 100 in the game. If you’d prefer to own Pique, though, number 104 of 1,000 Limited tier cards of the Barcelona defender is currently on sale by Giggi123 for $114.

As fantasy sports gain popularity and more people buy cryptocurrencies to try out blockchain games, Sorare will have to walk a real tightrope: Keeping early users, with NFT portfolios worth hundreds of thousands, happy, while lowering the very high dollar bar for new adopters.