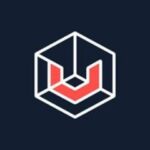 Universa is a new generation of blockchain technology. It uses a contract execution machine and distributed state ledger designed to improve on Bitcoin and Ethereum technologies by delivering improvements that are imperative for business adoption, with an emphasis on tokenization and contractual agreements. Where traditional blockchains transact primarily in currencies, Universa is designed to support the token representation of everything from passports to boarding passes, bus tickets, or taxi fares; they can be gift cards, vouchers, or gym membership cards. You might make a token representing your title deed, or just the keys to the house.

While traditional blockchains record a full trustless ledger of all actions, transactions, and their effects on a network (“fat protocol, tiny logic”), Universa improves speed and usability by maintaining a directed graph of the verifiable hashes of the output of all actions (“tiny protocol, fat logic”). In other words, instead of stacking blocks to make a single full ledger, each set of changes to a contract is applied by the clients in a separate contract chain (“C-Chains”) to the previous state, and the outcome is vectorized and hashed – only a signed signature of the state of each side-chain gets updated as the new status of the blockchain, discarding the old state and storing the new one. Still, each chain keeps its own history, and any node with a copy of the transactions can attempt to replay them and verify that the outcome is the same, which ensures validity and fairness in a trusted environment.

In a business-critical derivation from traditional blockchain technology, Universa does not rely on untrusted actors from the general public. Nodes in the Universa system are owned and operated by our partners; they must be licensed and authorized by Universa Corporation. They are trusted, trained, and audited; they provide guarantees of availability, speed, and security. Rather than mining for the incentive – a wasteful activity which needlessly consumes gigawatts of power across the globe every hour yielding nothing – instead all nodes are rewarded via transaction fees for their participation in the validation and execution of contracts.

The only “work” being done on the machines in the Universa cloud is mission-critical data handling and contract execution and does not require expensive GPU hardware. Sensitive business data is not stored flippantly and unwittingly in unknown reaches of the globe, it is encrypted and regulated by strict organizational security practices (ISO 27001, 27002) making it finally possible for enterprises to trust a blockchain with sensitive or private business processes.