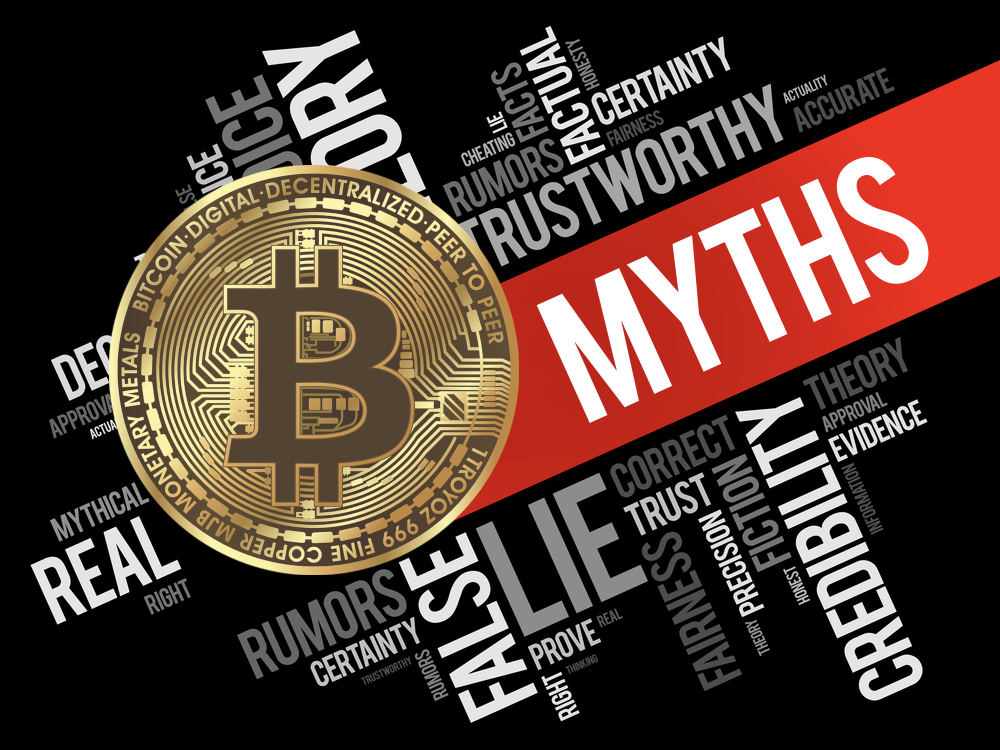 If you scroll through any social media feed these days, you’ll probably see that Bitcoin is trending. In the last few years, it has become a hot topic, both online and offline. The crypto community is growing too, and some investors have enjoyed great success relatively quickly.
Yet, some are suspicious and see cryptocurrency as something to avoid altogether. While some scepticism is warranted, we should avoid common misconceptions.
But will you disregard Bitcoin altogether or rush to open a Bitcoin wallet and start trading? Before you make a decision, let’s debunk a few prevailing myths about cryptocurrency.

Myth 1 – Bitcoin Is Only Used for Crime

By far, one of the most pervasive myths about Bitcoin is that it’s used for illegal activities. In the early days of Bitcoin, that might have been the case, but nowadays, it certainly isn’t.
While the potential for illegality exists, one could argue that the same applies to mainstream finance. Besides, Bitcoin is not entirely anonymous, and all transactions are not only public but traceable.
Plus, the increase in accessibility of Bitcoin has brought people from all walks of life to cryptocurrency.

This is another common misunderstanding about Bitcoin. Categorising cryptocurrency certainly presents a challenge, especially when it comes to taxes.
Some people believe that Bitcoin is nothing more than a fad that doesn’t contain the true value.
On the contrary, Bitcoin does have an intrinsic value based on the ability to produce new coins. Through Bitcoin mining, a painstaking and expensive process, new Bitcoins are created and distributed.

Myth 3 – Bitcoin Is Not Secure

Crypto sceptics are quick to remind you of Bitcoin-related scams and thefts. They might say that pouring your money into cryptocurrency is dangerous, and you risk losing your investment.
The reality is that all investment is risky, and there are no guarantees. However, in terms of security, cryptocurrencies are in an excellent position.
Blockchain networks are incredibly resilient towards any attacks. The majority of security issues occur when a user fails to secure their Bitcoin wallet.

Myth 4 – Bitcoin Mining Is Bad for the Environment

The latest complaint about Bitcoin and other digital assets is that their production is not good for the environment. Granted, Bitcoin mining pools do require massive amounts of electricity.
It’s also true that the annual expenditure of electricity used for Bitcoin mining operations exceeds countries like Belgium. But before panic ensues, it’s important to point out that the modern banking system uses even more.
Furthermore, all cryptocurrencies have hard caps on how many coins can be mined. Therefore, the need for electrical resources will significantly diminish in the future.

Myth 5 – Bitcoin Will Make You Rich

Many Bitcoin investors started pouring in their savings because they heard stories about getting rich with Bitcoin.
There is definitely more than one lucky Bitcoin millionaire, or even billionaire. But it’s crucial to understand that those are outliers and that investing in Bitcoin doesn’t mean you’re on a linear road towards wealth.
The cryptocurrency market is volatile, and many people have lost a lot of money too. There’s still plenty of potential for success, but it’s essential to go into it with realistic expectations.

Myth 6 – Bitcoin Is a Bubble

Some people like the speculative nature of crypto and buy Bitcoin seeking great returns. But that doesn’t automatically make Bitcoin a bubble.
It might seem like Bitcoin has been on an unsustainable rise and that everyone is holding their breath for that eventual “pop”.
However, we can’t ignore that Bitcoin has gone through multiple price cycles since it came into existence and has recovered every time. That speaks volumes and continues to give Bitcoin the credibility it deserves.

People who haven’t done any research of their own fear the unknown. But maintaining a dose of caution regarding cryptocurrencies is advisable.
In the 12 years since the birth of Bitcoin, it has proven to be an excellent investment opportunity for many. It might not be for everyone, but it doesn’t mean it’s a scam in any way, shape, or form.

Sticking to the Bitcoin Truth

The good news is that there is no need to worry. Digital currency might replace traditional banking in the future. For now, you are in no way required to create Bitcoin wallets and invest in crypto.
People who see blockchain as the technology of the future have jumped on the Bitcoin train already. Those who have reservations about it can stick to centralised finance.
Regardless of where you belong, fighting against these myths will lead to making informed decisions. 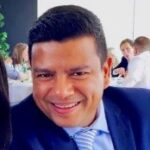 Author’s Bio: Hitesh is a digital marketing strategist and entrepreneur with more than 15 years of experience in digital marketing, start-ups, branding, and customer acquisition strategies. Hitesh is the CEO and Founder of Reposition Group, which specialises in digital growth strategies for companies in the cryptocurrency market such as Bitamp.com.